GF Ginger Brew From Across The Pond

Hollows and Fentimans Ginger Beer. Have you ever heard of this UK company? I hadn’t. Which is funny because it clearly states on their bottle “BEWARE OF IMITATIONS!”. Really? Is that a real thing in the ginger beer world? Maybe it’s just because I’m from the States and don’t recognize the company’s wit. Anyway…

I was shopping in my local Whole Foods when I spotted this new brew on the gluten free beer shelf. The ingredients? Ginger root, water, sugar, pear juice, and yeast. I thought I’d give it a try and let you know what I thought! 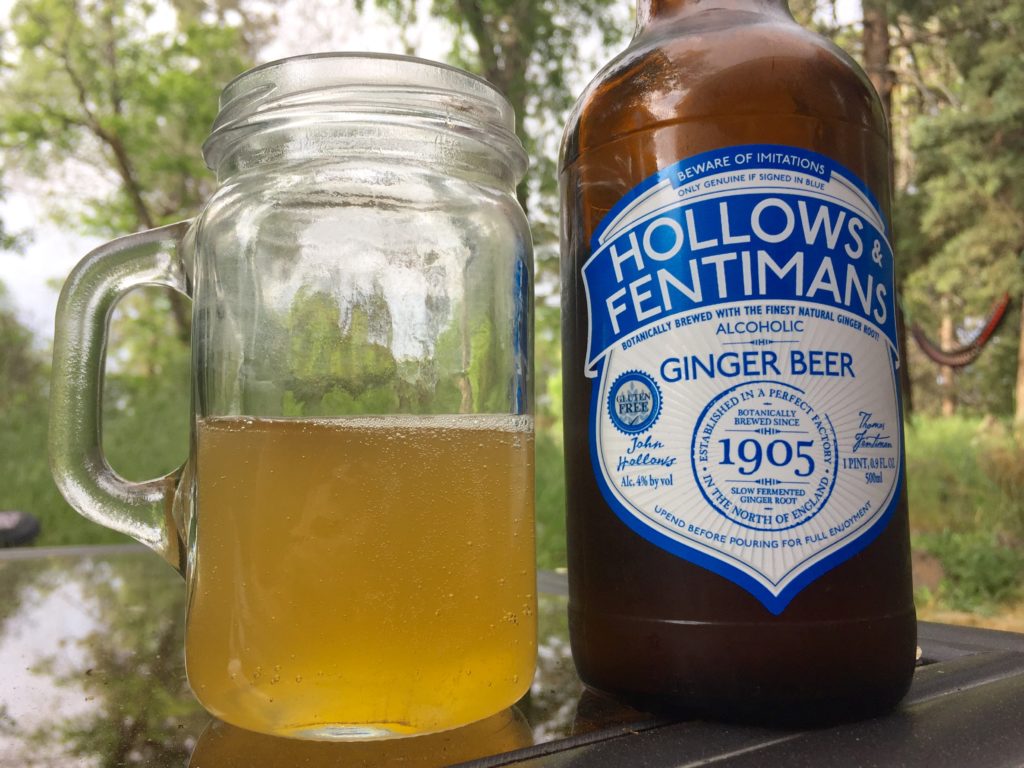 This beer won’t stop fizzing. Seriously. I poured it over 10 minutes ago, and I can still hear the very audible sound of the fizzy bubbles from several feet away. I don’t know why I’m impressed…I just am. Hollows & Fentimans…you are carbonation wizards.

I expected this to be a sharp and spicy fruit beer, due to the combination of pear, ginger and sugar. I was [un]pleasantly surprised when I tool a sip. It’s all fruit, no beer. Which would be fine (in fact…expected, considering the ingredients)…if I could taste some of that ginger they’re referring to. It’s just…a lot of sweet. 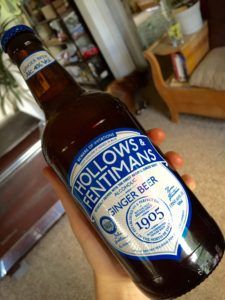 When I think a good ginger brew, I think of one that has a bit of bite to it. I little heat, a little spice. That’s what gingers like. This tastes more like a sugary ginger soda, with a 4% ABV buzz.

I don’t mean to be harsh. It’s not that it tastes bad. It just doesn’t live up to its promise as a ginger beer. (It lives up to neither.)

I must admit, their branding is bold and their label is eye-catching, but I won’t be buying this beer again. I’m concerned about how I’m going to feel after drinking all 16 oz. I don’t tend to hand these sugary brews well.

I did a bit of research on their website. Turns out this is their only product! They also tout their brew as being ‘the real thing, unlike other so-called ginger beers’. I’m just confused…maybe I just got a bad batch? Hm.