I’m a couple weeks late publishing this review (sorry Dan!) because I am writing from the road. My boyfriend and I recently embarked on a 3 month road trip across Mexico. We are traveling in our van, accompanied by my Golden Retriever, Neela. As I write this, I am sitting oceanside watching the sun set in Santa Cruz de Miramar, a tiny little fisherman’s village midway down the western coast of Mexico. See the beauty in the beer pour. :) 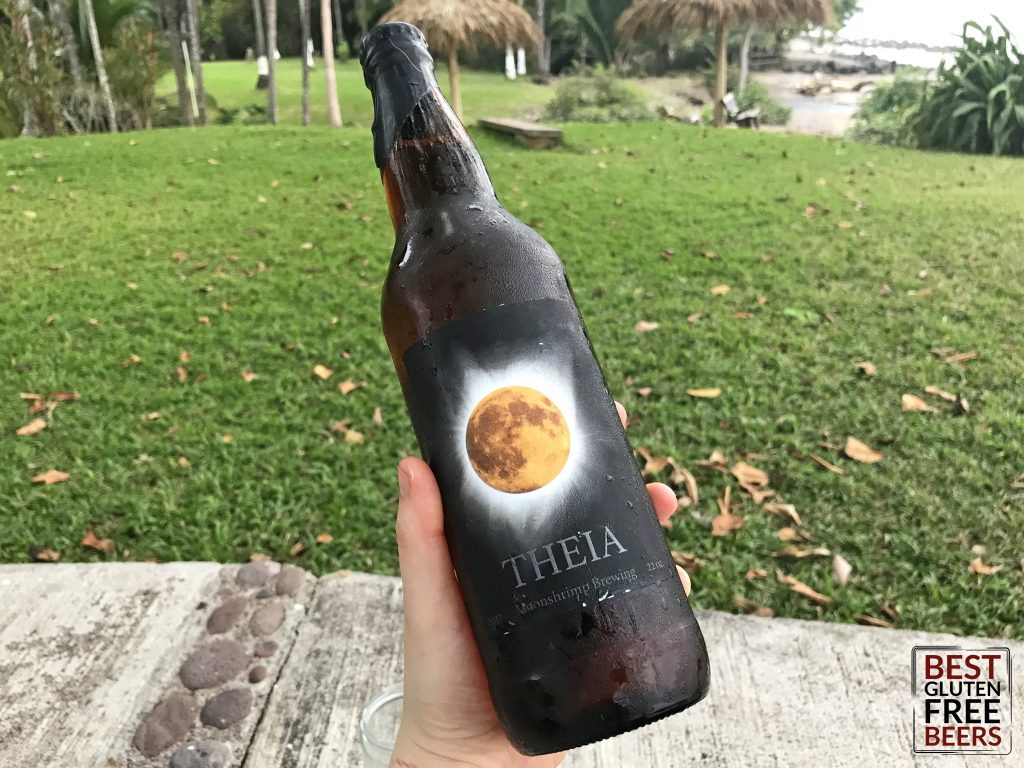 I tried hard to complete reviews for all the beers I had stacked up before I left in mid-December, but there were just a few a didn’t get to in time. The Theia by Moonshrimp Brewing was one of them…so I took it on the road! I finally got some ice in the cooler and chilled this baby down for drinking, and I’m excited to let you know what I thought of it.

The Theia ale wine was brewed under the full moon with a 120 minute boil, and then was fermented during August’s solar eclipse! It contains 3 different kinds of yeast, and was finished with fresh local honey from Oregon bees! A true hippie beer. :)

This beer is made to age, so if you can get your hands on a couple, maybe pop one open now, and save the second for a special occasion. I only have one bottle, which I’m getting ready to drink this very moment, so if you choose to age yours, let me know how it tasted when you choose to enjoy it. 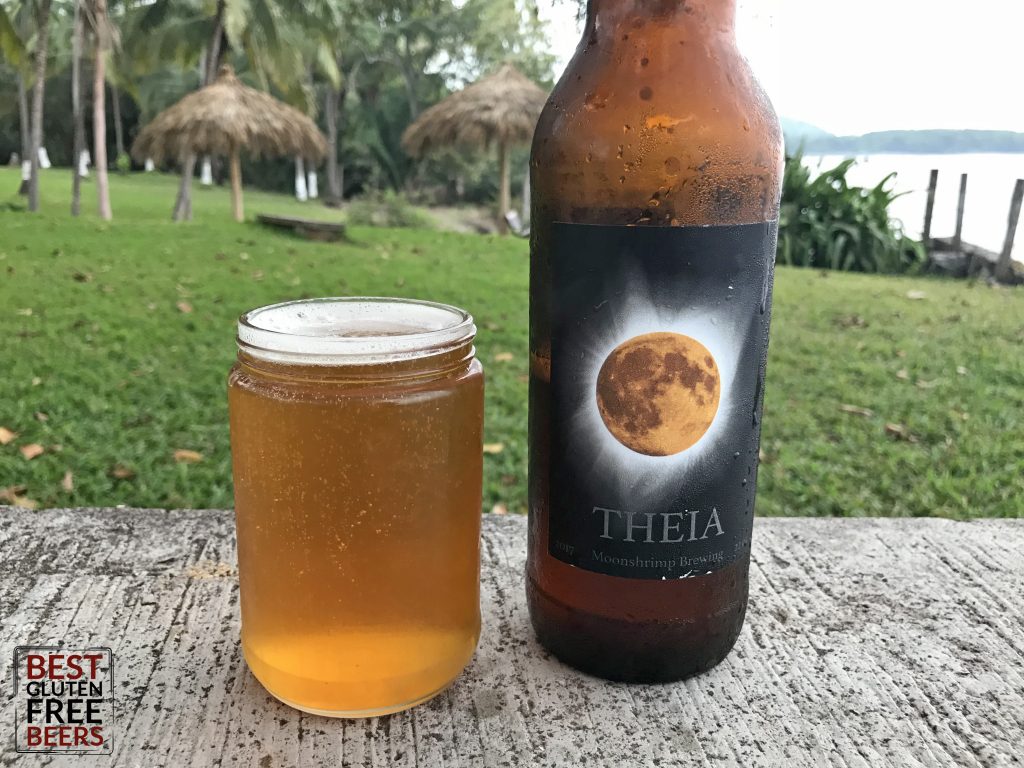 The Theia ale pours a delicious-looking orange-ish gold color. It foams nicely, and the head disappears quickly. It is quite clear, yet is hard for me to see through due to all the condensation on the glass!

I’m going to be honest…I didn’t really expect to like this beer. I am not much for ale wines. They tend to be a bit too thick and sweet for me. Some of them can taste downright syrup-y. They also tend to pack a bit of ABV heat that reminds me of whiskey…which is not my drink of choice. It’s all a matter preference of course…but this one surprised me.

I am thrilled to say I was wrong about the Theia. Perhaps it’s the lighter qualities of Moonshrimp Brewing’s ingredients (for example, their tendency to use raw millet instead of malted millet), but this ale isn’t nearly as heavy on the palate as I expected. The ABV still carries it’s weight though, clocking in at 10.1% ABV. 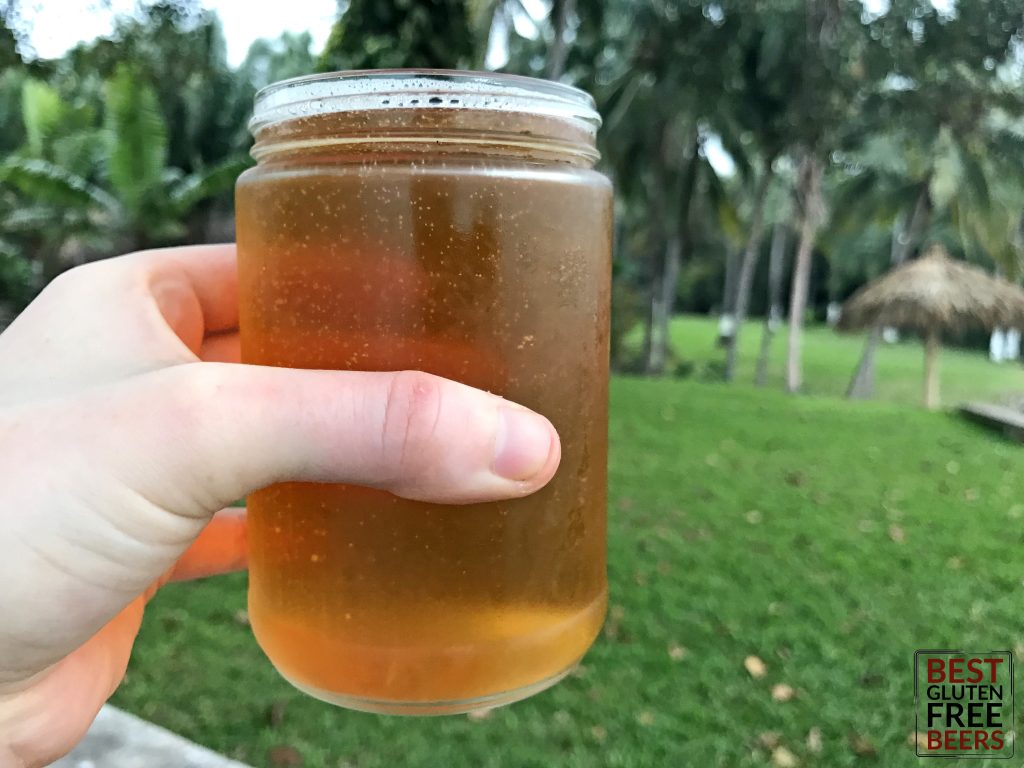 This beer is sweet but has a bit of a spiciness to it that I really enjoy. It is easy drinking, yet very high alcohol. The Theia has a full body and light carbonation. It may not be as heavy as a traditional ale wine–but that’s my favorite part about it. The spiciness comes on the backside of the sip, closing the sweetness out with a tad bit of heat.

Sometimes Procrastination Is The Way To Go…

I can’t help but celebrate the fact that I ran out of time to review this beer at home. It somehow feels much more appropriate to be drinking it in this beautiful space overlooking the Pacific ocean, as the waves crash ashore and the sunset sends every shade of orange and pink you can think of across the sky.

This beer is served in a 22 oz. bottles, and as I mentioned earlier, packs a heavy ABV, so take it easy with this smooth ale, as the buzz will likely creep up on you. It is an extremely limited (and unique) release, and I highly recommend it to anyone who finds Moonshrimp brews a bit too light for their taste, as this one boasts a significant body, setting it apart from their flagships.

Thank you Dan for your creativity and foresight with this one! What a special treat to enjoy just a few months after the raw power of the 2017 Eclipse. 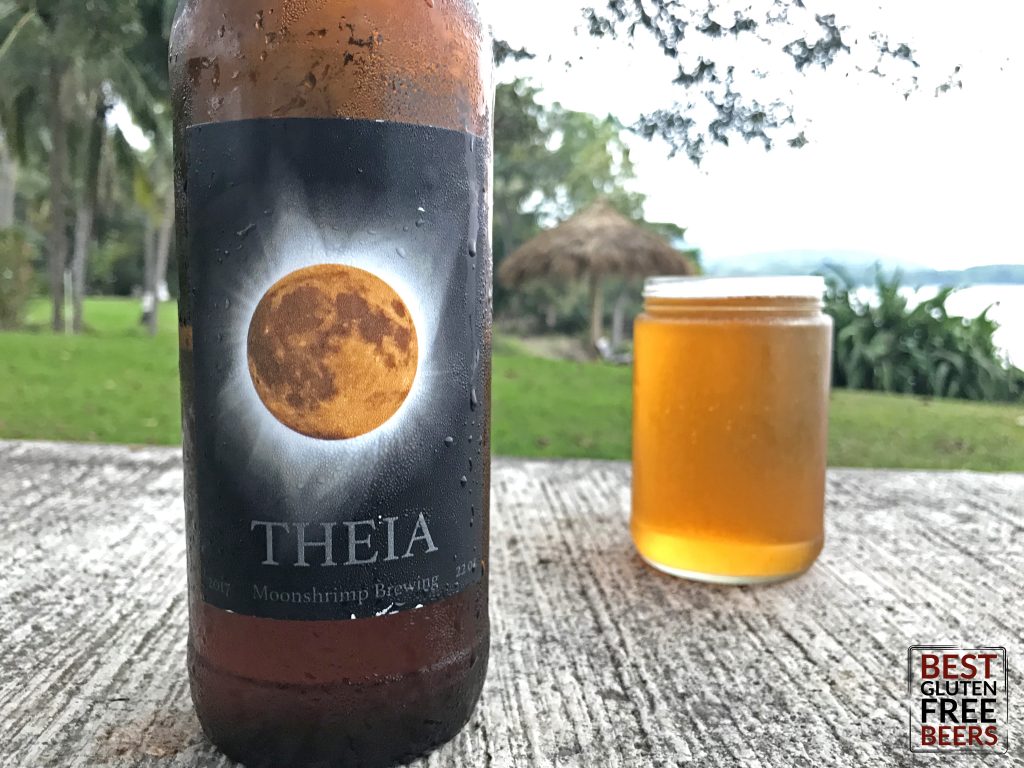 I will be releasing many new beer reviews over the coming weeks, regardless of my travels. There’s some really fun stuff to come, including a Bloody Beer review that has been a long time coming. If you are at all interested in keeping up with my road trip (not just the beer stuff), you can follow my adventures through my personal Facebook page and my personal Instagram as well. (Although I’ve been better at posting to Facebook thus far.)

That’s all for now! Stand by for some rapid releasing of beer reviews, since I have to play catch-up from the past couple weeks. ?