This beer was released towards the end of my trip abroad, so I was excited to learn that it was just hitting the shelves upon my return. I was able to find it at one local market here in Bend. I was also able to snatch the previous seasonal, a collaBEERation Dubbel with Bierly Brewing.

Anyway, back to the porter…

Honestly, this coffee porter veers away from Moonshrimp Brewing’s typical lineup, which tends to gravitate towards lighter beers. I’m excited to see what a dark Moonshrimp beer tastes like. 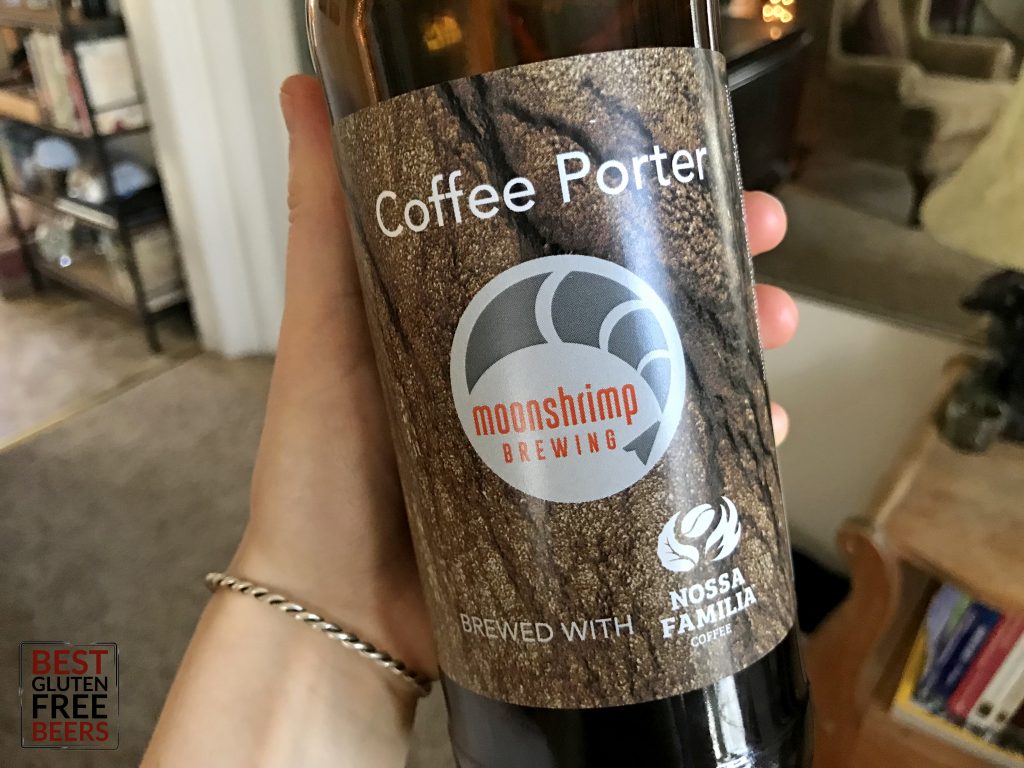 This beer was brewed with Nossa Familia Coffee, a sustainable specialty coffee company based in Portland Oregon. The owners are Brazilian and proudly source their coffee through direct-trade and family-trade relationships from farms in Brazil, Guatemala, Nicaragua, Ecuador, Peru, and Kenya.

This Coffee Porter poured with a big bubbled head that quickly vanished. The color is dark, a beautiful chocolatey brown, but you can also see through it when holding it up to the light. Visually, I’m predicting a lighter bodied porter. This wouldn’t surprise me though, since as I mentioned earlier, Moonshrimp’s beers tend to be quite light. 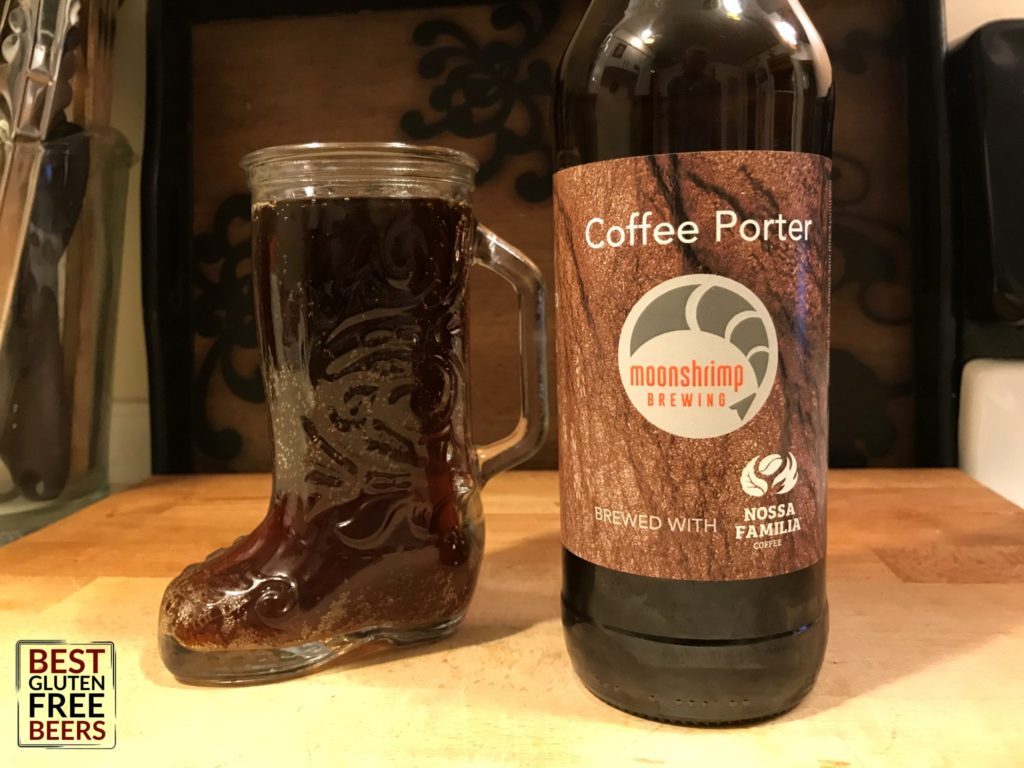 The aroma is mostly dominated by notes of coffee and when you get close enough to smell it, you will also notice (since there’s no more head) the oily textures from the coffee swirling at the top of the brew. I kind of like it. It makes me feel as though I’m sitting down to a cold brewed coffee.

The first taste would seem to mirror that assumption. This porter is very heavy on the coffee. In fact, it’s lighter body combined with the powerful bitterness of the cacao nibs and coffee imparts a texture experience similar to that of an iced cup of jo. Just with a little carbonation thrown in. To be honest, it tastes more like a coffee than a beer, and I think that boils right down to the body feel of the brew. 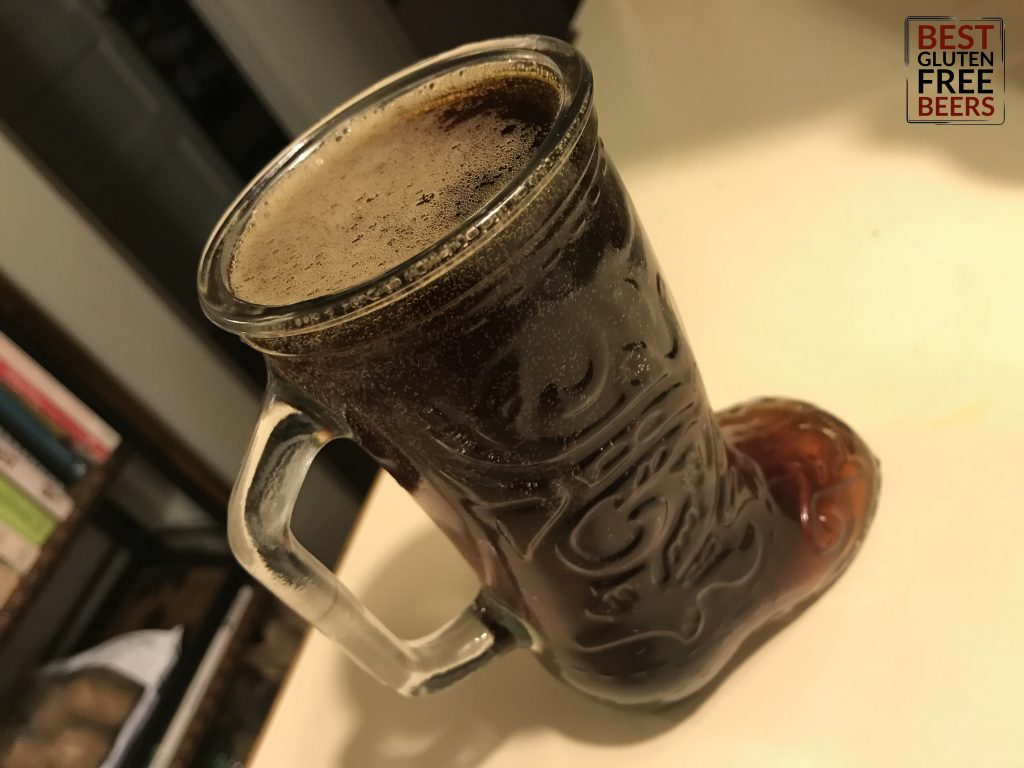 I will say that once the initial flavor profile and bitterness of the coffee fade from the palate, I do detect hop flavors behind it. I’m not sure which hops were used to brew this porter, as there was no specifics mentioned on the website, but perhaps Dan could answer that little curiosity in the comment section below. :)

Straight up. If you aren’t a fan of drinking coffee, I don’t think you will like this beer. BUT here’s the thing about me. I freakin’ love coffee. And I don’t drink it anymore. I don’t let myself.

I noticed a long time ago that my body and mind become very addicted to coffee very quickly. After only about a week of reincorporating it back into my morning routine, it rapidly escalates to me needing a cup of coffee just to wake up in the morning, just to get going…and I’m not into that. I don’t want to need a stimulant to function properly. But I love it.

My initial solution was to only drink decaf. But you know, decaf coffee is not 100% caffeine free. It is required to be under 3% caffeine though. So it’s low, but not free of it. I quickly noticed that when I wasn’t drinking regular coffee, the 3% was enough to hook me, and I would see the same addiction patterns. SO I gave it up completely.

Fast forward to right now…and I feel like I’m cheating! (And I’m not at all sorry.) This may not be a traditional porter experience, but I must say, I am enjoying it anyway. 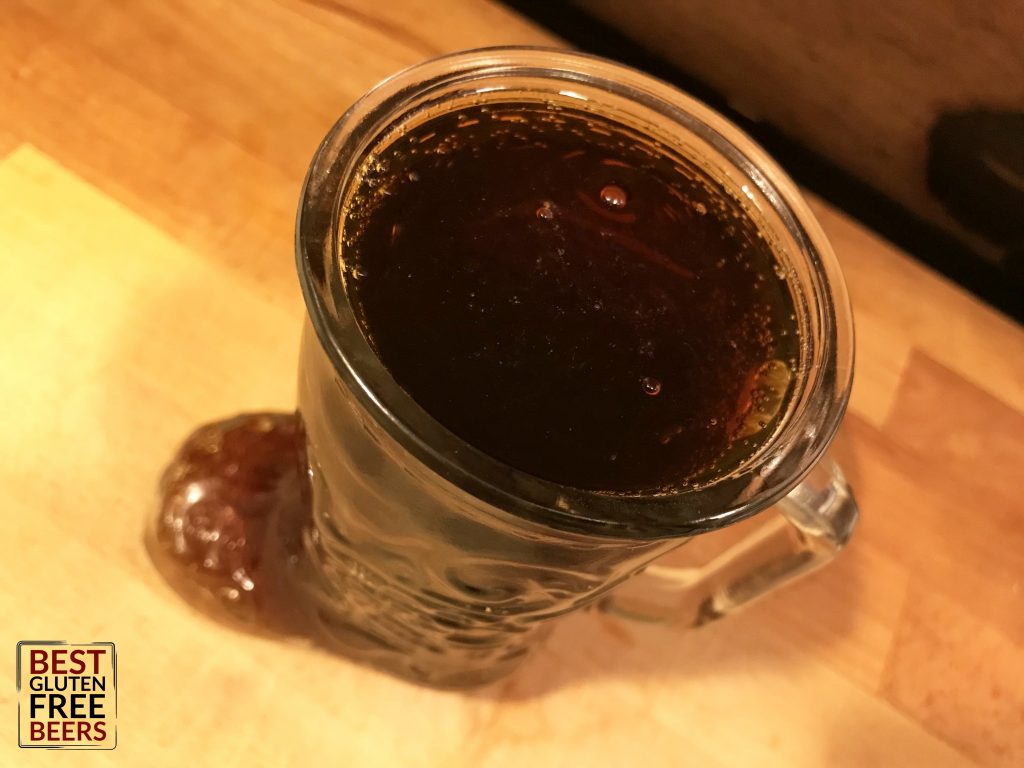 And for those of you who prefer to pass on the coffee, go check out the review for the collaboration Dubbel I mentioned at the beginning. I love it when breweries co-create. ♥

I am also very excited to announce that I’ve recently gotten my hands on a couple of bottled beers from Bierly Brewing which I have yet to fully experience myself. (Although the collaboration ale was a nice appetizer.) Stay tuned for the first two (all) Bierly reviews hitting the blog in the coming weeks!

“If you aren’t a fan of drinking coffee, I don’t think you will like this beer. ” Exactly right! I even tell people to give it a pass during tastings if they say they aren’t the biggest coffee fans as the beer is so incredibly coffee focused. We did a two hour hot steep at the end of the boil on whole bean coffee which is what is giving the incredibly strong and dominating flavor. This beer is all about the coffee. The coffee oils themselves are what kills the head retention on this beer, no chance of any sticking… Read more »

How much caffeine is in this Porter?