Want to know how I got my hands on this beer? I (kindly) harassed my local natural food stores until they stocked it. It works. Try it. No seriously, you know what people in charge of making purchasing orders for beer departments like?

When the customer simply tells them what they want to buy so they can stock it–instead of playing the guessing game and taking risk on a new product that might not have enough local demand. 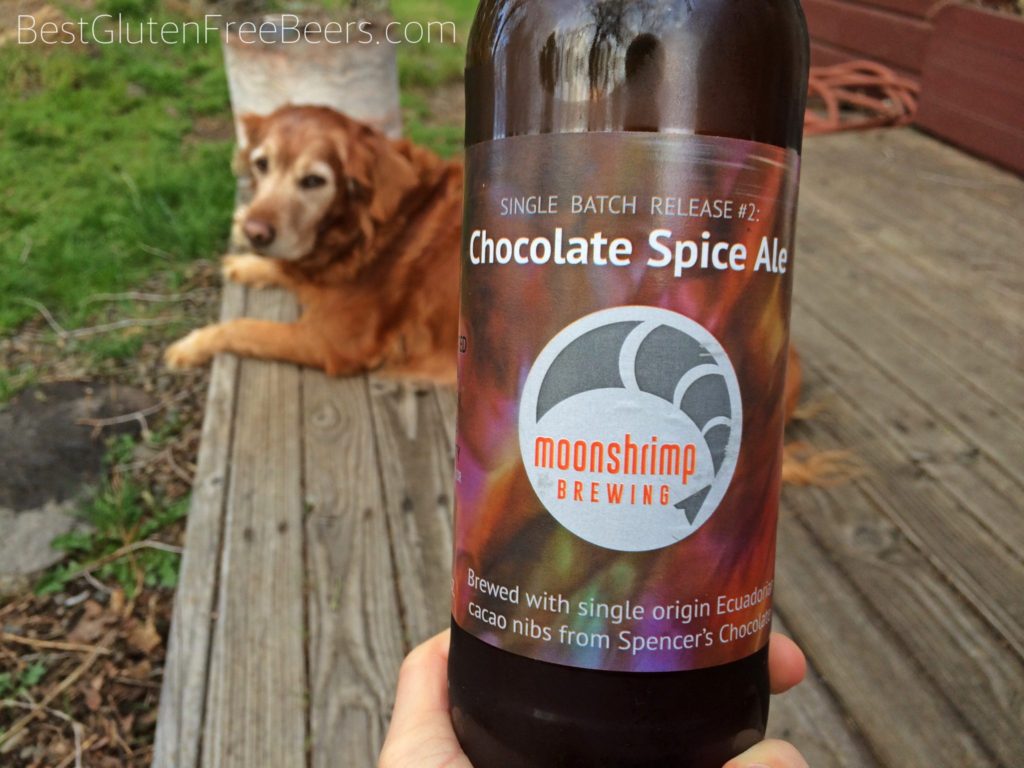 I literally only had to ask once and they actually remembered me well enough from asking, that next time I was walking through the store, they flagged me down to let me know it had come in stock. Let them know there’s demand for gluten free!

Anyway…I was happy to get my hands on this special release as I’m not sure how long it will be around. This 2nd release of the Moonshrimp Single Batch Series is the Chocolate Spice Ale.

What has me most excited about this Moonshrimp Chocolate Spice Ale is the quality and care put into the chocolate sourcing and preparation. This beer is brewed with Ecuadorian cocao nibs, which were sourced from one small farm in Ecuador. That’s right…single origin, meaning all the chocolate used to brew this beer originated from one single farm. (This is rare, to say the least…and I find it extremely cool.)

That chocolate is then locally roasted at Spencer’s Chocolates in Southwest Portland. (Not far from Moonshrimp itself.) You may have even indulged in some sweets there before. 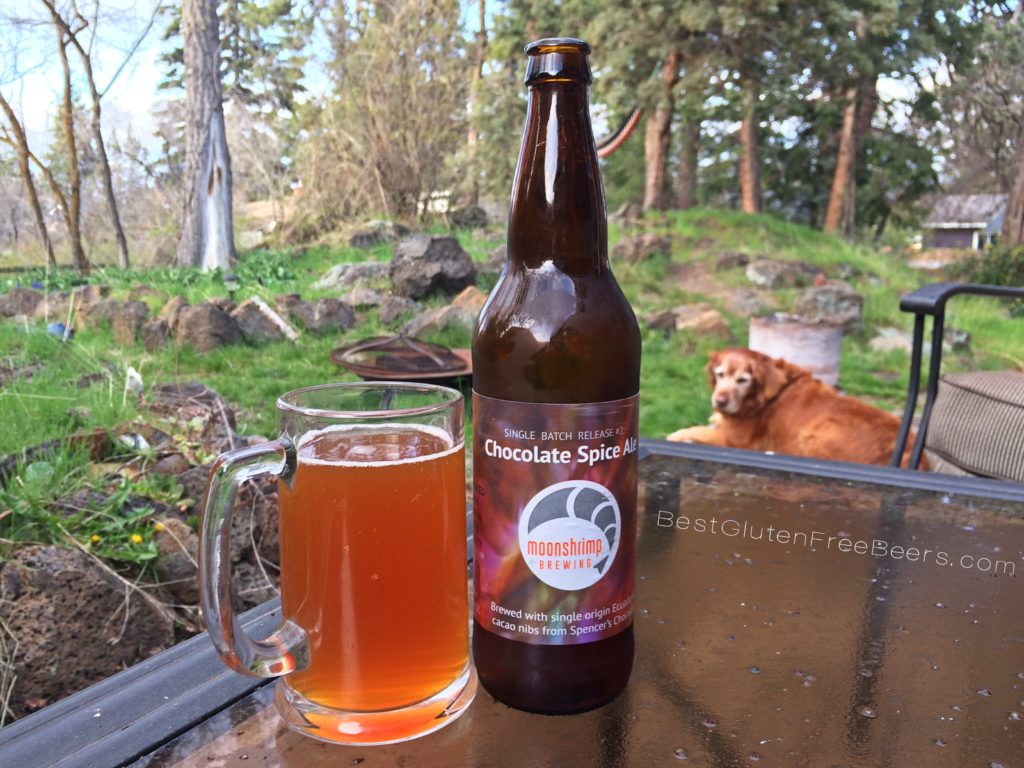 The color of this ale surprised me! Anytime you put chocolate in the title, my brain sort of automatically assumes it will be a dark ale. Oops! This small batch release from Moonshrimp Brewing actually pours a rich October orange. The hue is opaque…I can’t see through it. It also pours with very little head (so feel free to pour this one less gently if you’d like one).

I like the aroma. A mellow sweet & spice. The beer may not have poured with much head, but a thick colony of little bubbles still grasp the edge of the glass well after the pour. 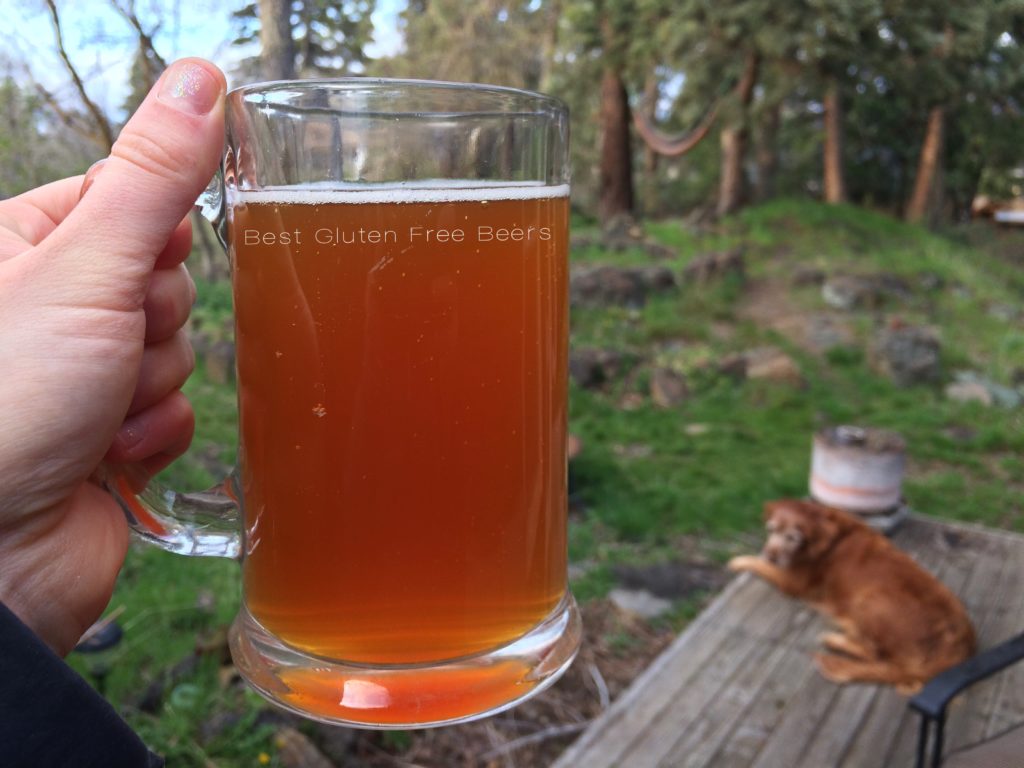 For a chocolate spice ale, the taste of this beer is very bright! I’d clock it at a medium body with a light carbonation level. The flavors are gentle (as in not over-powering) and the hops are mild. Not sure what the IBU rating is, but I’m guessing it’s not high. There is some bitterness–but honestly, it tastes like it’s coming more from the cacao than from the hops.

At The End Of The Day…

The Chocolate Spice Ale clocks in at 5% ABV and is very drinkable, so don’t be scared off by the misconception of it being a dark or heavy beer. I especially recommend it for dark chocolate lovers…not because its super dark or sweet–but for the delicious bitter quality that is inherent in raw cacao. 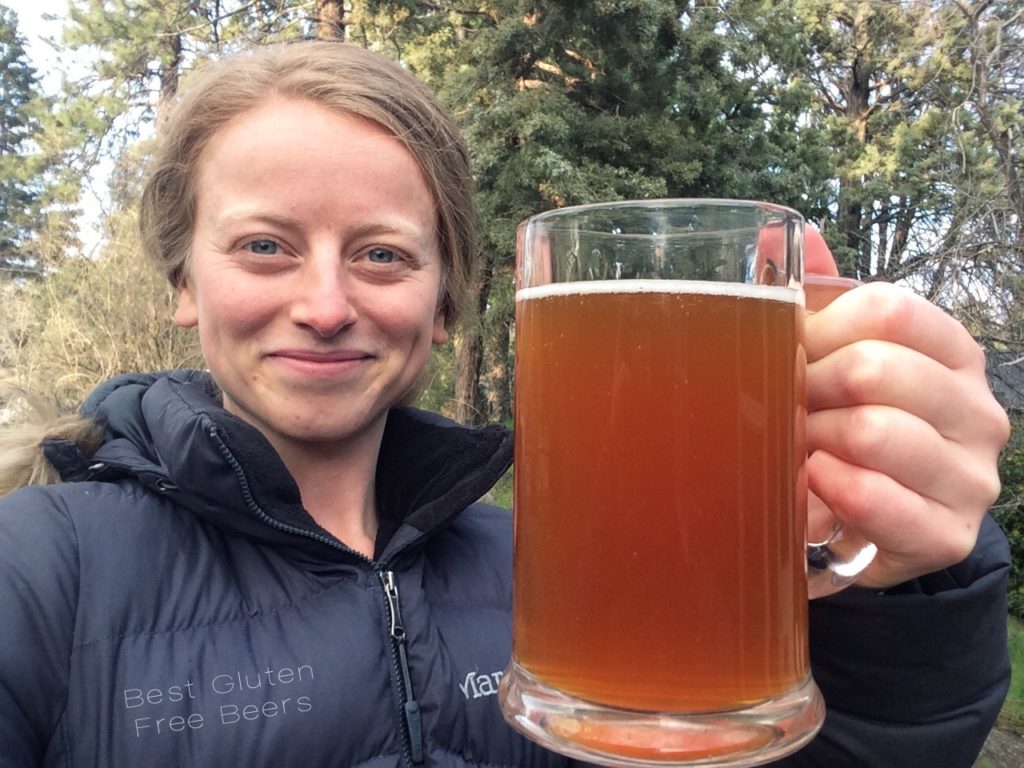 You guys know how much I love bitter…this may be one of my favorite Moonshrimps yet! ;)

Remember, this beer is seasonal and will be available until it’s gone! So if you’re in the area (or at least the distribution network), head out and get your hands on a 22 before they’re all dried up. Let me know what you thought of this unique brew…I’d love to hear it!