I feel like it’s been awhile since I got my hands on a new Moonshrimp Brewing beer. Looking back, it looks like the last limited release I reviewed of theirs was the Citrus Mosaic Hazy IPA released in the summer of 2018. I think they’ve released one or two since then, but they never made it to Bend so I didn’t get the chance to review them. I know for sure I missed a 7 Grain Saison in there. 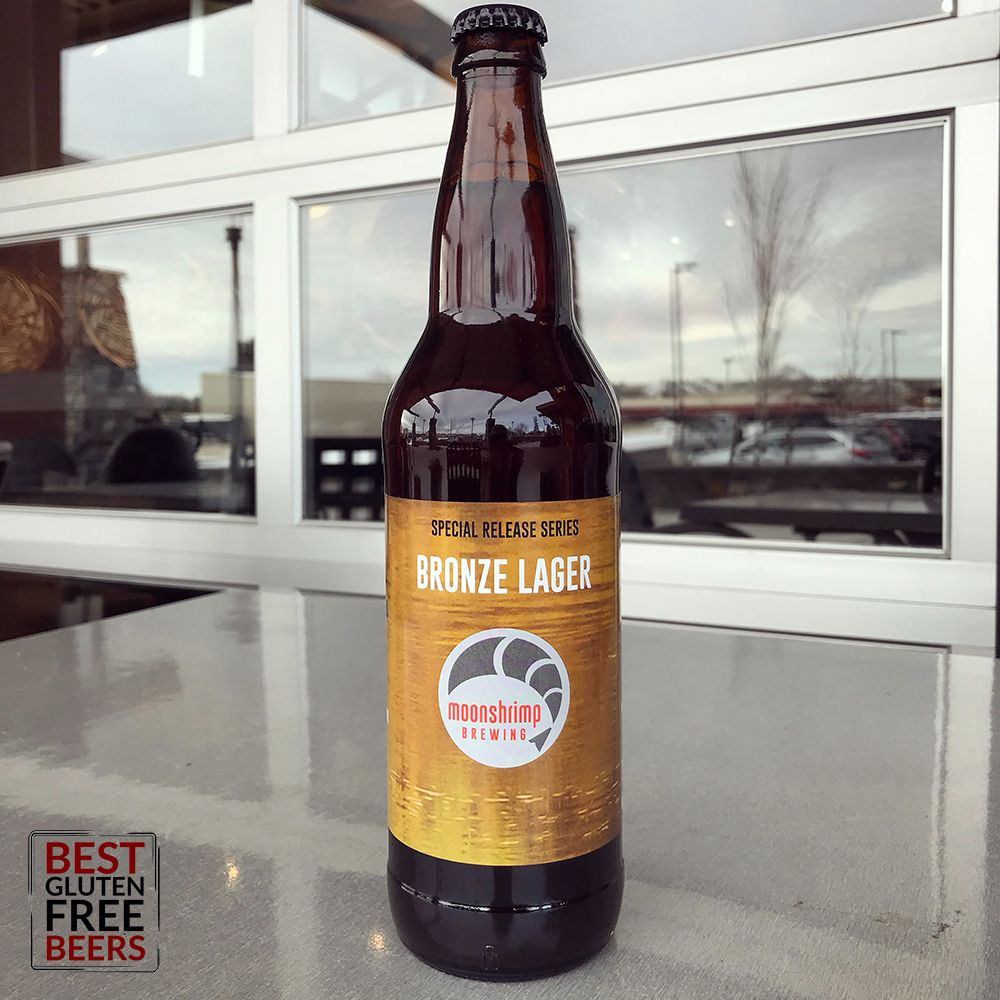 So it was a pleasant surprise to find this on the shelf this week. I’m excited to taste what Dan has been up to over at Moonshrimp Brewing. I do believe that this is the very first lager that I’ve ever tasted from Moonshrimp. Could it be the first lager they’ve ever released? Feel free to comment if you know.

My first thought is: What is a “Bronze” lager? I assume it could be referring to the color, but I wondered if there was something more to it. I reached out to Dan to clarify. His answer confirmed my suspicion, that it is a name–not a particular style of lager.

Like many other styles of theirs, the Bronze Lager was brewed on an all-millet base. It has a 5% ABV and rests somewhere between 27 and 32 IBU. Dan also shared the hop bill with me, which was made up solely of CTZ hops (acronym for Columbus, Tomahawk, and Zeus). 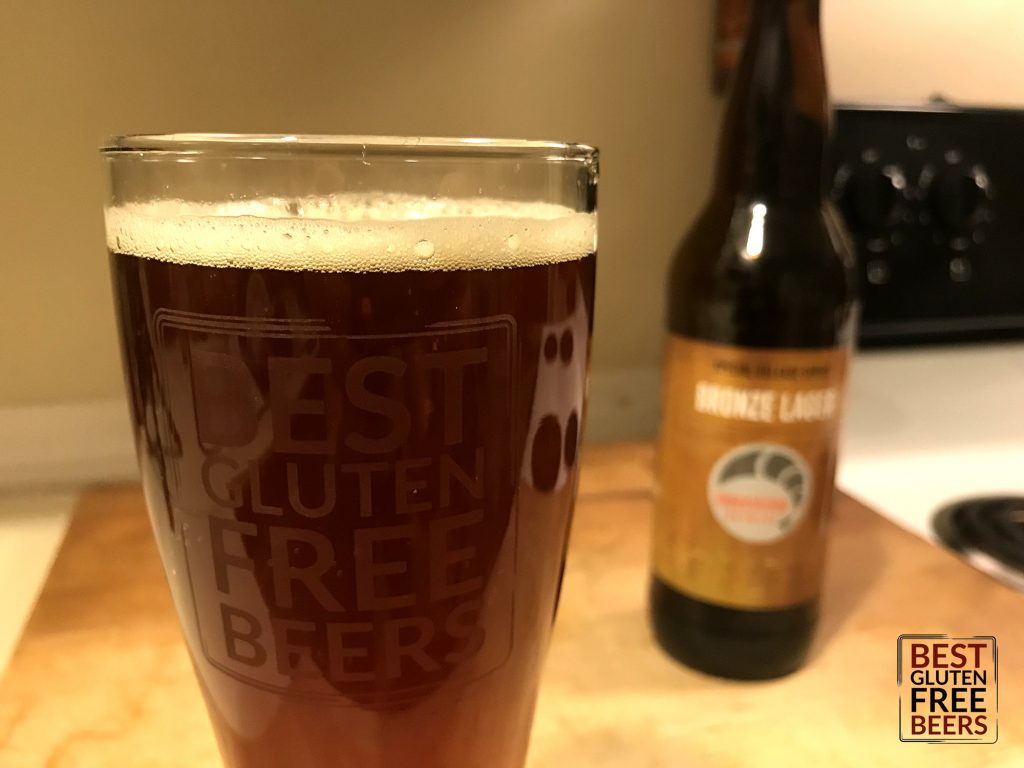 I have to say…I think this was the prettiest Moonshrimp pour yet! This beer is beautiful. And yes, it’s color is a gorgeous bronze. It had a really nice head to it too, which hasn’t been a given in my experience. I took the pour video before the photos, so the pictures may not show the head at it’s fullest. I recommend checking out the pour video for that.

I’m not picking up much on the aroma to be honest. It is faintly sweet smelling, but that’s about all I got from it. Not a huge surprising I suppose. I believe it’s brewed on raw millet, so I don’t expect as much malt characteristic. I just can’t get over the beauty of the color. When held up to the light it has a striking ombre quality to it. 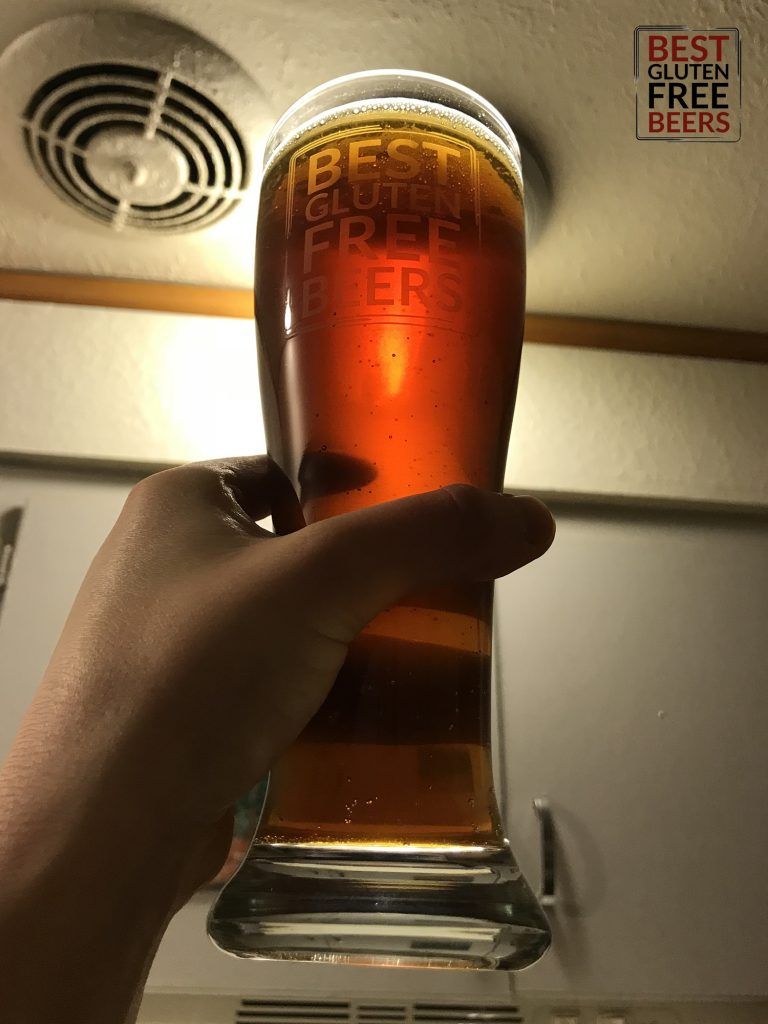 The taste is toasty and a bit sweet, much like the aroma. The sweetness carries a smooth character to it, and there is a clean carmely tone that I suspect may be coming from the molasses. It’s pretty easy drinking in my opinion, and the carbonation is mild. The mouthfeel is a little thin on the middle of the palate. I wish there was a little more carbonation to carry that texture all the way through. The bitterness seems mild to me, in fact…I probably would have guessed a lower IBU.

The Bronze Lager is good option if you’re looking for an easy drinking lager that’s dedicated gluten (and oat) free. It’s sold in 22 ounce bottles, so it’s 5% ABV puts it on the lighter side for those looking to put down the bomber on their own. If you’ve already tasted this beer before, let me know what you think in the comments. 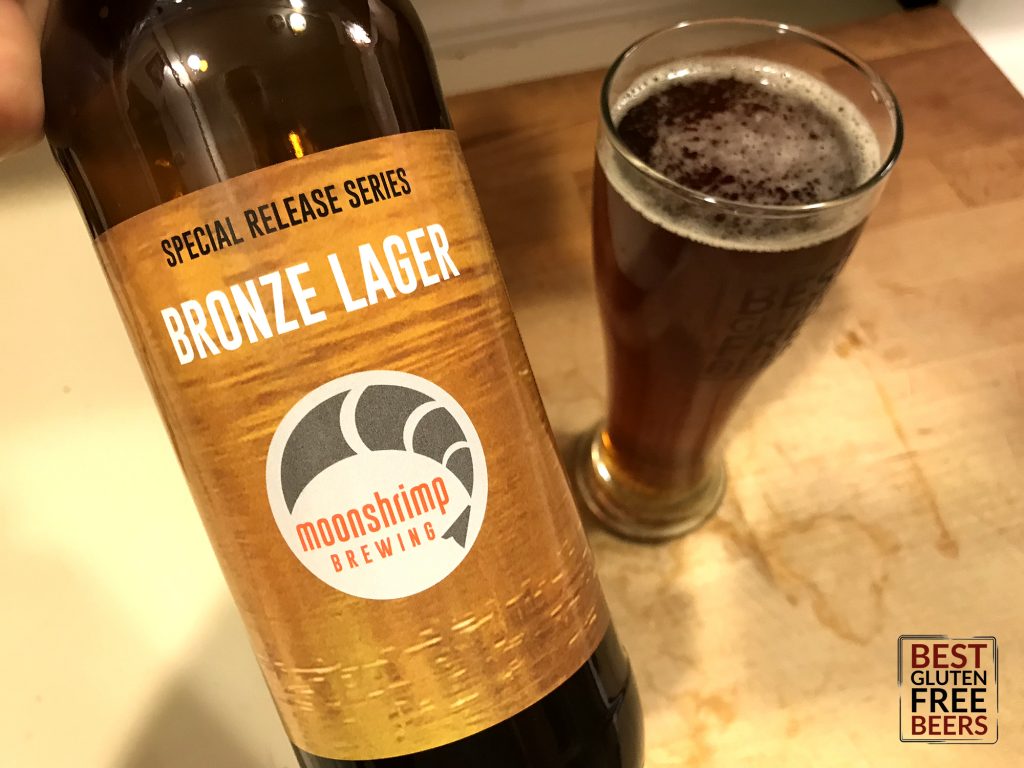 By the way, there’s a big party going down at the end of the month in Portland to celebrate the one year anniversary of the Gluten Free Home Brew club. I’m going to try my best to make it up there for it so that I can bring you all along for the experience. It’s the perfect excuse to get a bunch of beer nerds together to taste ALL the dedicated gluten free beers we can get our hands on. :)