Even more…I love it when dedicated gluten free breweries collabeerate. 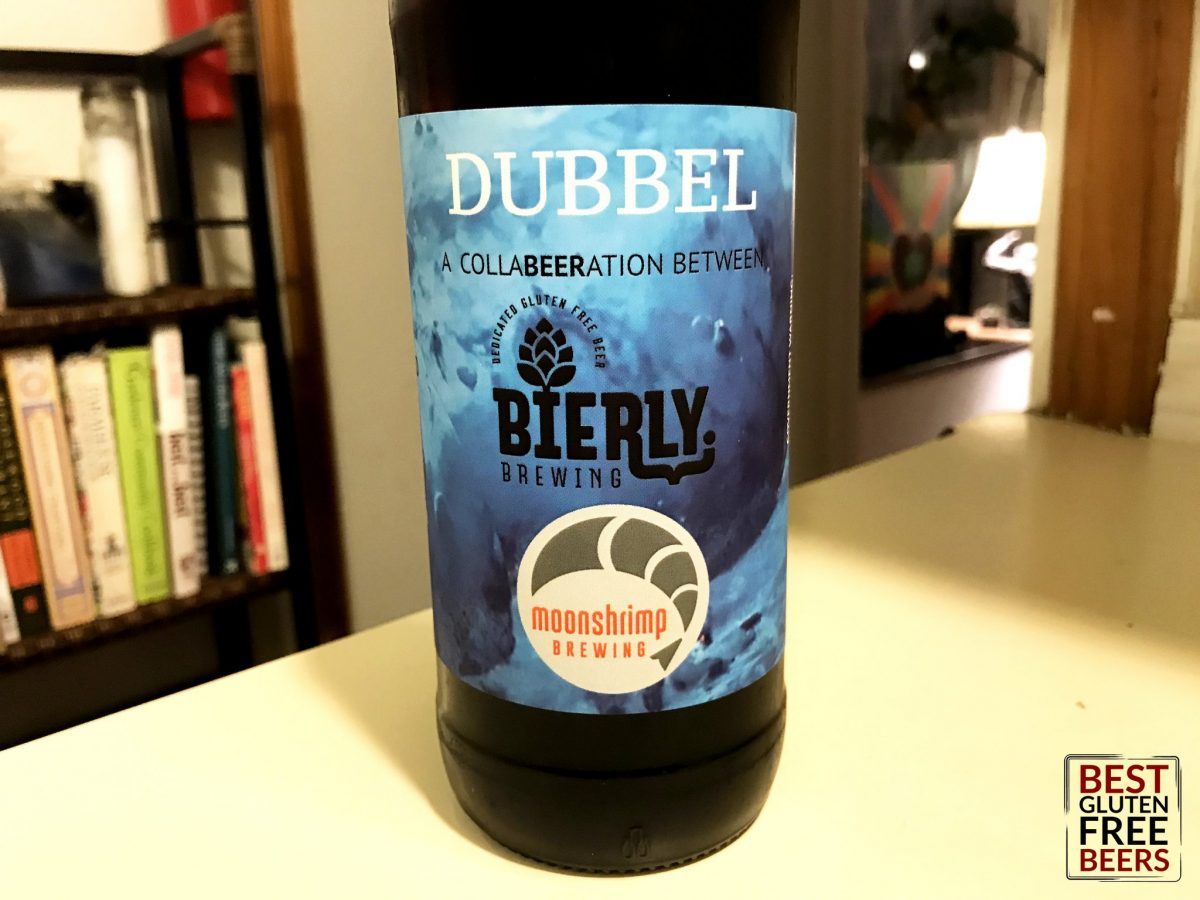 The beer I’ll be reviewing today is a Dubbel Ale by the joint forces of Moonshrimp Brewing and Bierly Brewing. Both are based in Portland, OR…and both are 100% dedicated gluten free breweries.

Bierly Brewing is fairly new on the gluten free scene. In fact, this is the very first review on this blog for a (part) Bierly Brewing beer, so I’m very excited to pop this baby open. Their beers are really only available on draft in the Portland area at the moment, so this feels like an extra special treat seeing as I was able to pick one up at my local market in Bend.

The bottle doesn’t state the ingredients, but it does sport the insignia of the Independent Craft Brewers Association. (You can learn how Moonshrimp received that certification in the upcoming Moonshrimp Brewery tour…to be released soon!) It also proudly states that the beer was brewed in a 100% gluten free AND oat free facility, so those of you intolerant to oats are 100% safe to try this one. 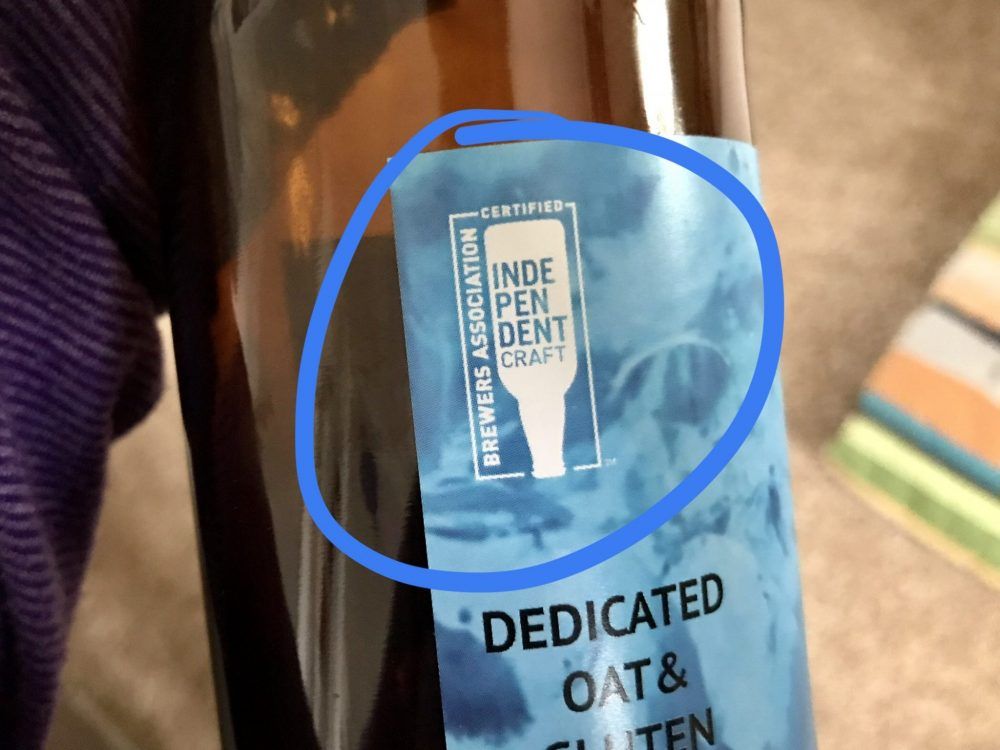 I feel lucky to have gotten my hands on this since it was released as a winter seasonal, and I spent this entire winter abroad. One of my first stops when I got home was my favorite local market (for beer), and sure enough, they had 2 more bottles of this left. One of them had my name all over it. So here we are. :)

My first impression when pouring this beer was “Whoa…check out that carbonation!” I can tell without tasting it that it is a heavily carbonated ale, but that doesn’t translate to a substantial head. As you can see in the beer pour video, the bubbles are large and vanish quite quickly, similar to the way a soda will fizz when you pour it. 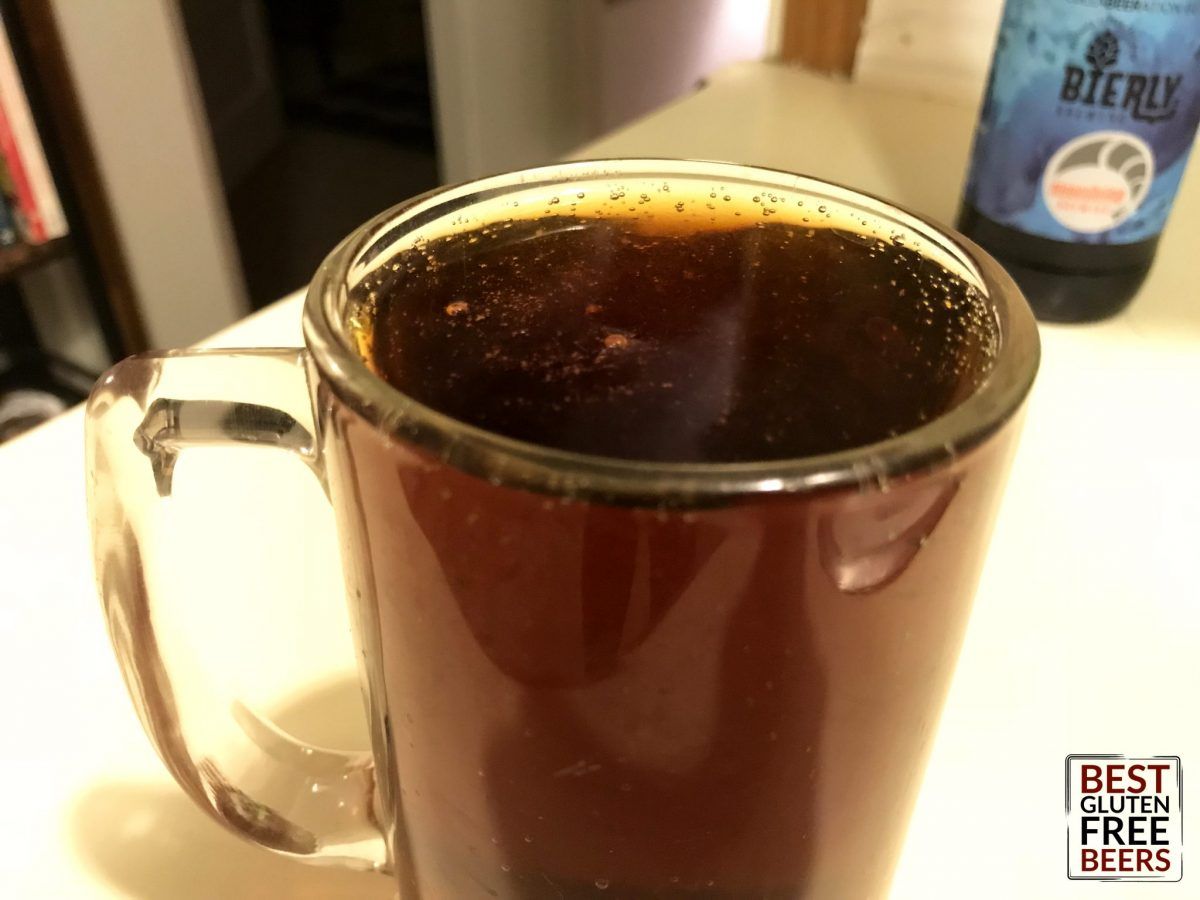 The beer has a dark reddish brown color (one of the darkest beers I’ve ever poured from Moonshrimp I think!) and is quite clear. It’s dark hue allows you to see through it, but not read through it.

It smells like toasted caramel and chocolate to me. The taste reflects a similar profile. It tastes very…clear and bright. The carbonation comes through in the texture of the taste, but is in no way overwhelming. It’s actually no where near as intense as it looked when I poured it…but then again, it’s been sitting for a few minutes as I write.

The beer is quite easy drinking and pleasant. I’d peg it at a medium bodied brown beer. It’s a little sweet, but not in a syrupy way. The entire taste experience fades quite quickly from the palate, since there’s no heavy bitterness to set up camp on your taste buds. I would’t say that this beer style is particularly exciting to me, but I bet there’s a lot of you out there who would really enjoy it’s drinkability. 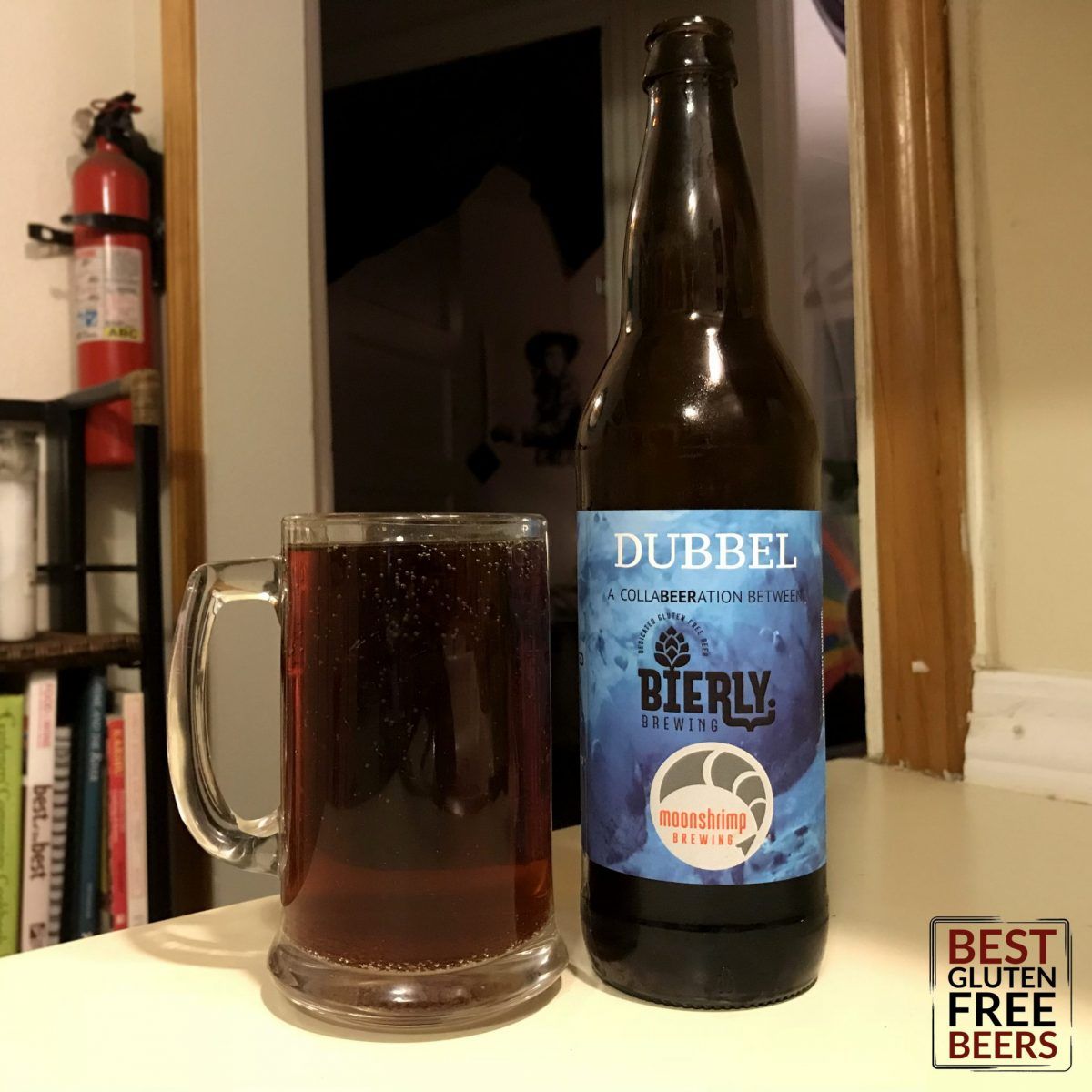 I went hunting for the beer’s ingredients online, and learned that this beer was brewed with rice malt and sorghum syrup. Most of Moonshrimp’s beers utilize raw millet grain, so this collaboration with Bierly definitely veers from the usual profile. This beer has a 7.7% ABV and I have absolutely no clue what the IBU is. My guess is low. It’s ABV is a bit higher than a standard Belgian brew…in fact, I believe it’s at the high end of the Dubbel range.

I’m really looking forward to tasting more Bierly Brewing beers. The only other one I’ve had before was a Pilsner they had on tap at Ground Breaker Brewing when I was there in the past. The pilsner had a heavy anise flavor, which I actually really liked…even though I’m not super fond of Pilsners in general.

I’m excited to try more from Bierly Brewing in the future. If you live in–or have visited Portland, and had the opportunity to try some other Bierly beers, write in and let me know what you thought of them! Or comment your thoughts below. :)