I must say…I’m pretty excited to share this with all of you. It’s pretty rare to stumble across a product that’s designed to improve the experience of drinking beer.  Drinking a good tasting beer is inherently satisfying, it doesn’t often lead to much discomfort or complaining. (Well, not about the beer anyway.) But there is ONE common challenge that every beer drinker can relate to…how to keep your beer cold! 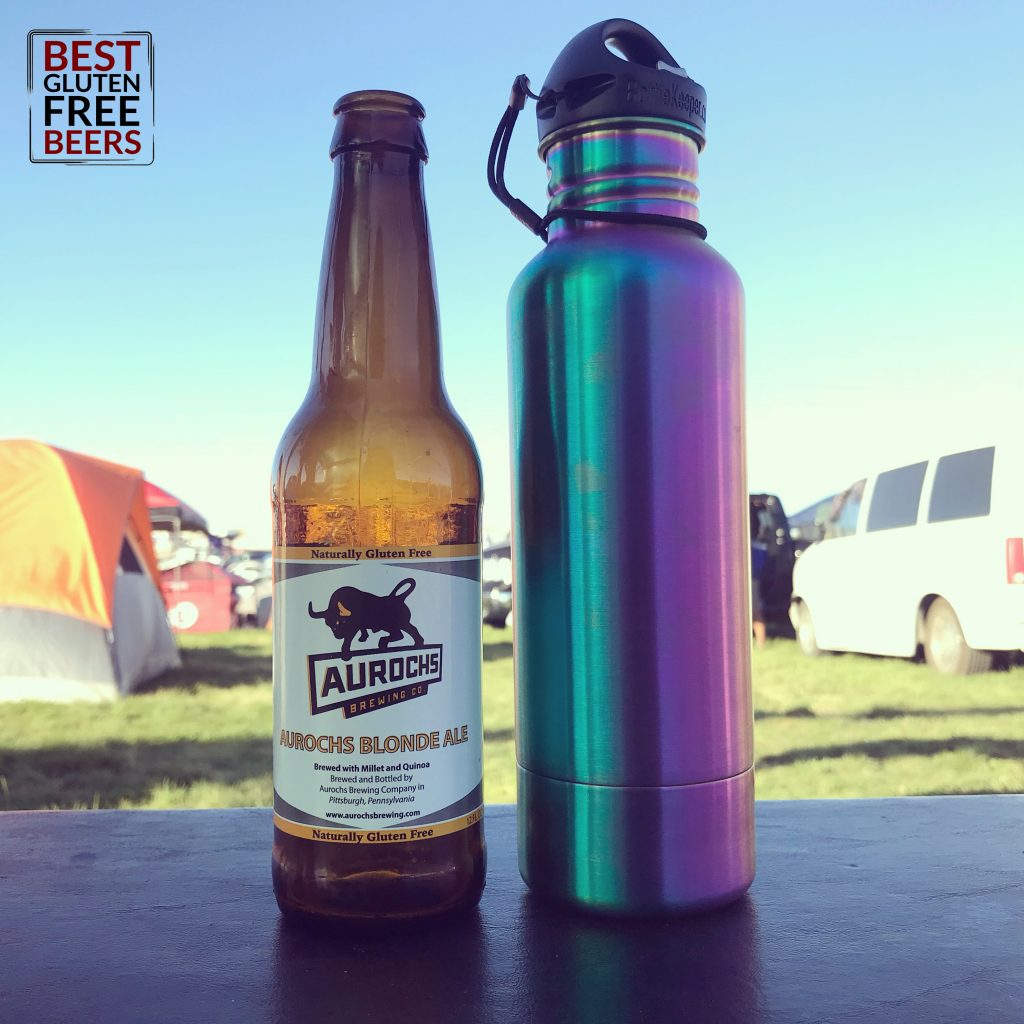 Sure, this might not be a problem during winter, or for those of you who live in cold climates year-round. Your environment may have you covered when you need to keep your beer bottles cold. But hey, I’m a big fan of a toasty warm house in the dead of winter…so even if you’re struggling to keep your beer cold indoors because your roommate/partner just HAS to keep it 78 degrees in your house at all times, it can still present a challenge.

It’s…OK. But it falls short of awesome.

The thing is, we already have something like this for cans. They’re called beer koozies, and I own about 6 of them myself. They are fantastic, and can also be useful for 12 ounce beer bottles, depending on their size. However, they don’t cover the entire 12 ounce bottle, leaving room for warming of the top half. They are also utterly useless when it comes to insulating a 22 ounce beer bottle, also know as a bomber. 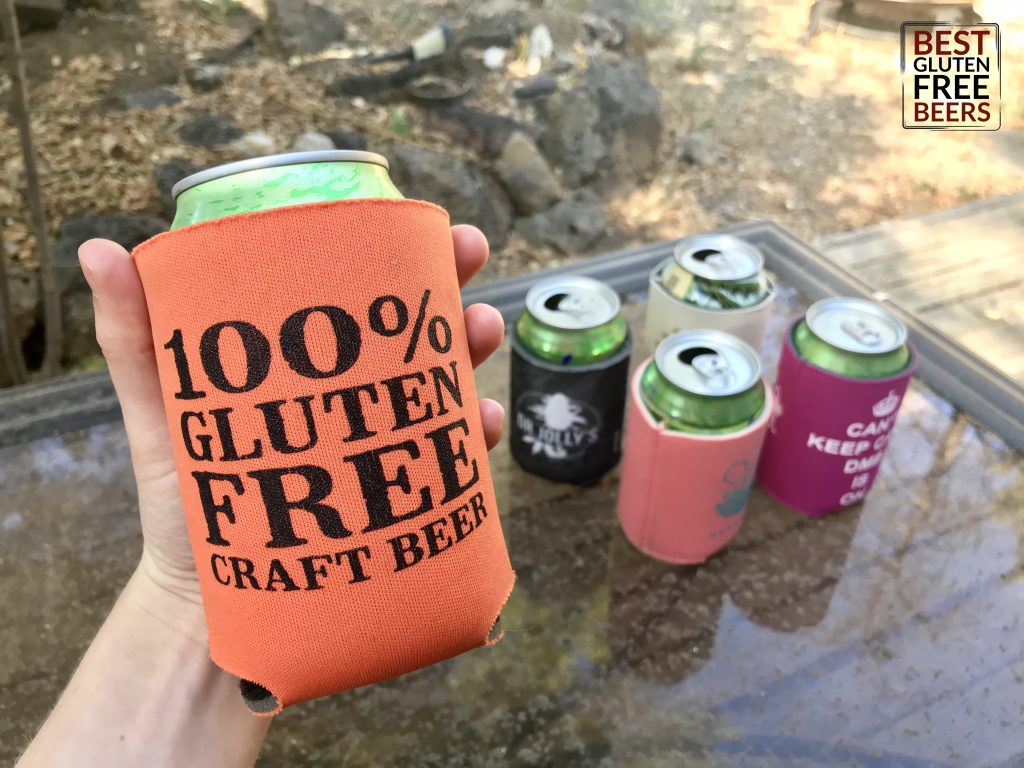 That being said, I did a bit of research and found that there is such a thing as a beer koozie for bottles, and it incorporates a zipper to accommodate the shape of the bottle. I’ve never seen one of these in person, so I can’t comment on their design or use. But I do know that there are many things that koozies can’t do for you, no matter their size or shape.

They can’t conceal your beer. In fact, they often make it stand out more.

They can’t reseal your beer. It will still spill if tipped over.

Here’s the thing. I’ve never expected those qualities from my beer koozies. If you knock a beer over, it spills. If I want to conceal my alcoholic beverage, I have to pour it into a different container. I never really questioned those facts of life…they just fell into the category of “it is what it is”. 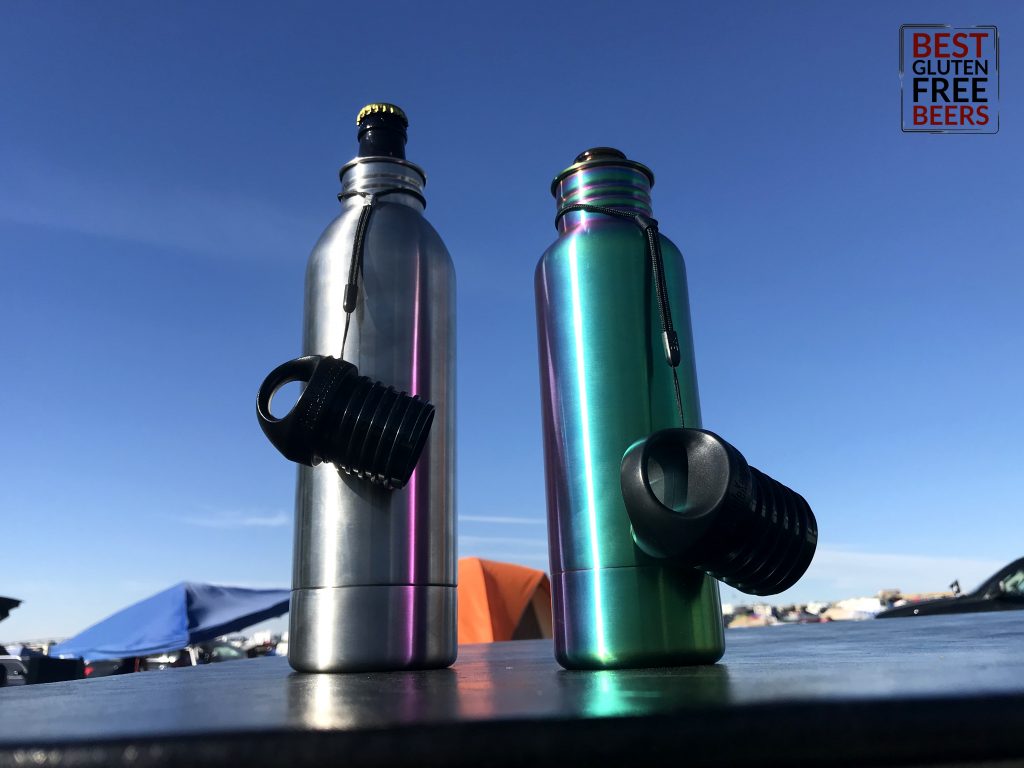 But not anymore. Perhaps I’ve been living under a rock for 5 years, because I just recently realized that we don’t have to live this way! In 2013, a company called BottleKeeper patented a product to keep our beer bottles cold…but that’s not all they do! I recently got my hands on a couple of these. I have one that’s sized for 12 ounce beer bottles, and another one for 22 ounce bombers. They also make a third size for stubby 12 ounce bottles (think Sierra Nevada or Lagunitas), but I don’t know of any gluten free beers packaged in a stubby.

It’s like a koozie for your beer bottles…and so much more.

BottleKeepers are hard cased beer koozies that are lined with neoprene to insulate your beer bottle and keep them cold. There are several finishes available including powder coating in a rainbow of colors, stainless steel, and some super fancy metallics–which I now own, and it is BE-AU-TI-FUL.

The neoprene lining in the BottleKeepers provide padding for your beer bottle which will protect it in the case of a drop. They also enable you to reseal your bottle during consumption, which is AWESOME. My favorite feature in fact. The screw on caps even have a built in bottle opener, and a tether to keep it attached to the bottle while the beer is open and being consumed. 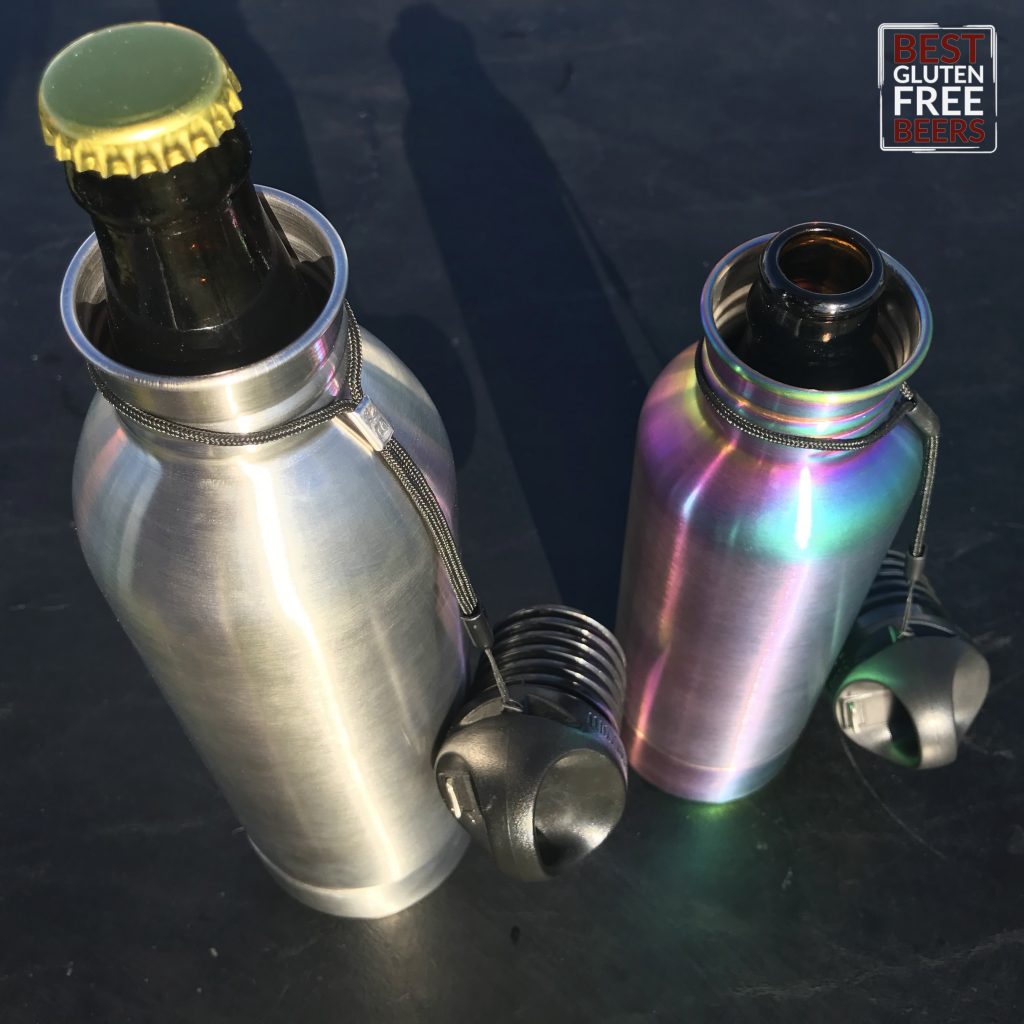 I decided to take them up to the Gorge Amphitheater this past weekend where I was camped out for 4 days of live music. I’ve been attending shows at this venue for over a decade, so I know it well. It’s wide open, tons of sun, with hot days, and cool nights. I thought this the perfect opportunity to try out my new BottleKeepers!

Overall, I loved them!

I found them very useful for extending the chill time on my beers. The sun is hot at the Gorge, and when you’re drinking casually all day, you don’t drink fast. (At least I don’t.) It was nice to have a bottle insulator–especially for the 22 once bombers, which holds about 2 beers and puts you in no hurry to finish them. Here’s some other reasons I loved using the BottleKeepers:

It’s worth noting, these are not double walled like HydroFlasks are. So they won’t keep your beer cold all day, but it will keep them chilled for a few hours. I also recorded a video of the BottleKeeper in action so that you can see how it works! You can watch it below, or on the @glutenfreebeers Instagram. It only takes a minute to dress your beer with the BottleKeeper, and it should keep your beer bottles cold for quite some time.

When you purchase one, it will come with a set of care instructions. I think that they are extra important for those of you who live in moist, humid climates. Things dry really easily here in Bend Oregon, but even so, you should always take your BottleKeeper apart when you’re done using it to allow it to completely dry. This will keep the neoprene from molding. Remember, you can also pop the liner out for a more thorough bottle cleaning.

You get to personalize it, just like your water bottle!

I ordered some new stickers recently and I decided to adorn my new BottleKeepers with the Best Gluten Free Beers’s logo. They’re looking pretty sharp! Maybe you’re a minimalist and prefer not to sticker or personalize your belongings, but the rest of you have a blank canvas to work with. 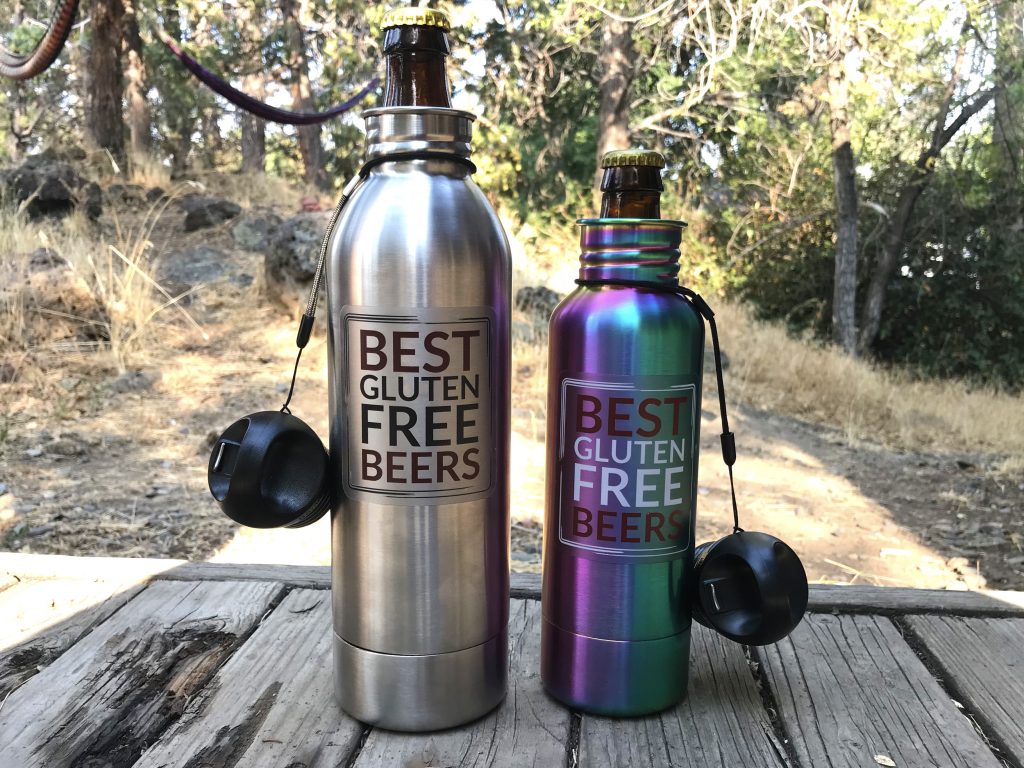