A Pale Ale From Nevada

Another new brewery to grace the blog! Well…the brewery itself isn’t new, nor is this offering–but it IS the first time I’ve gotten my hands on it to review here on the blog.

While this offering is gluten free–that is to say, it’s brewed with ingredients that are all gluten free from the start, Joseph James Brewing Co. does brew regular glutenous beers as well. So be sure you are reaching for the blue can Foxtail Pale Ale if giving them a taste. 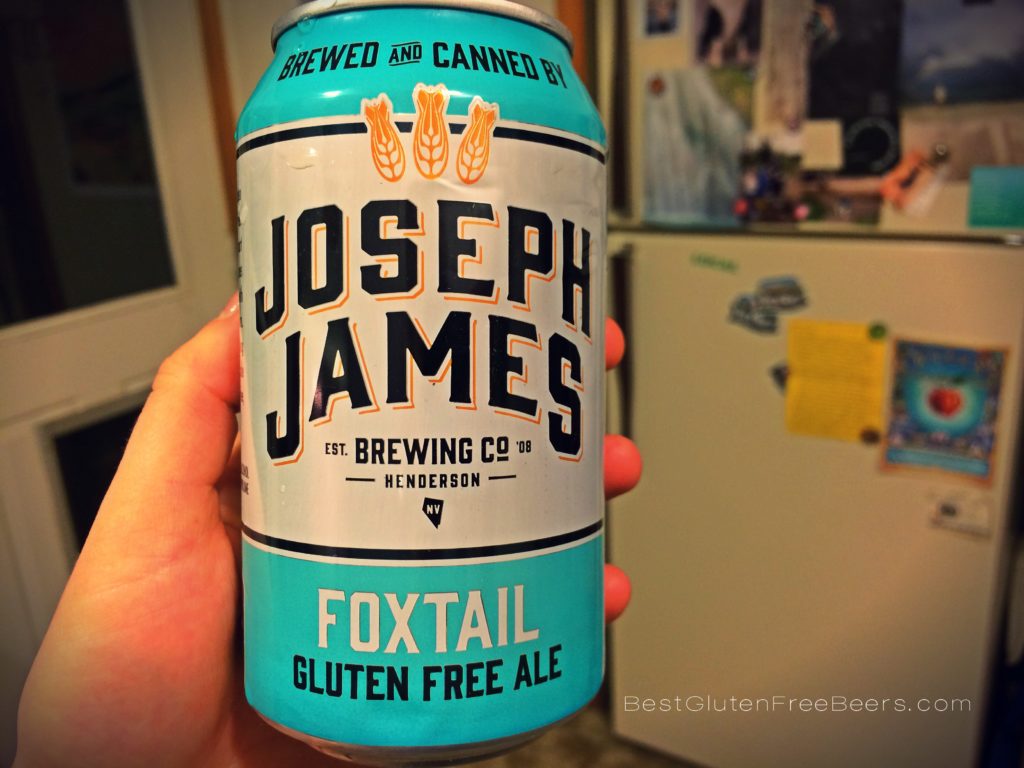 This particular brew is built on a foundation of organic brown rice. There is sorghum in this ale, but it’s unclear to me whether this was always the case. I read a couple reviews for this ale when it was still in the old black/green designed can, and they claimed there wasn’t sorghum. Not sure whether its true, but if so, JJ Brewing must have reformulated. 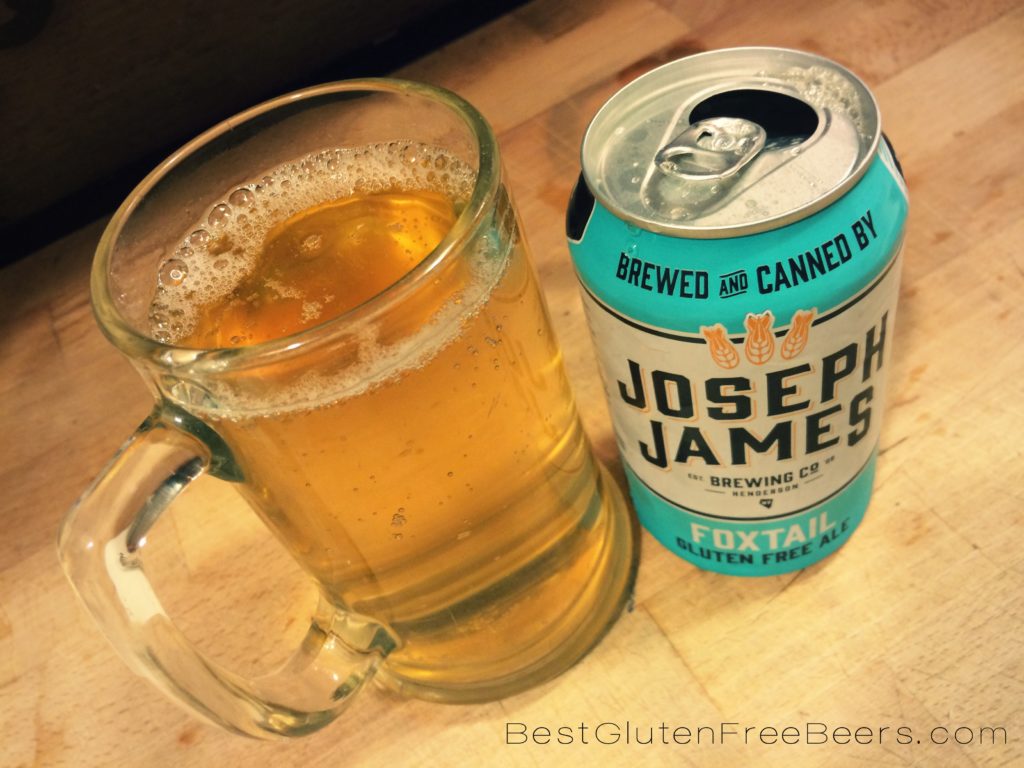 The gluten free Joseph James offering comes in an eye-catching blue and white can that matches the rest of the JJ Brewing fleet of ales. This beer pours a pale yellow with a bubbly head that fades quickly. Its texture is light and clear, its aroma is hoppy. 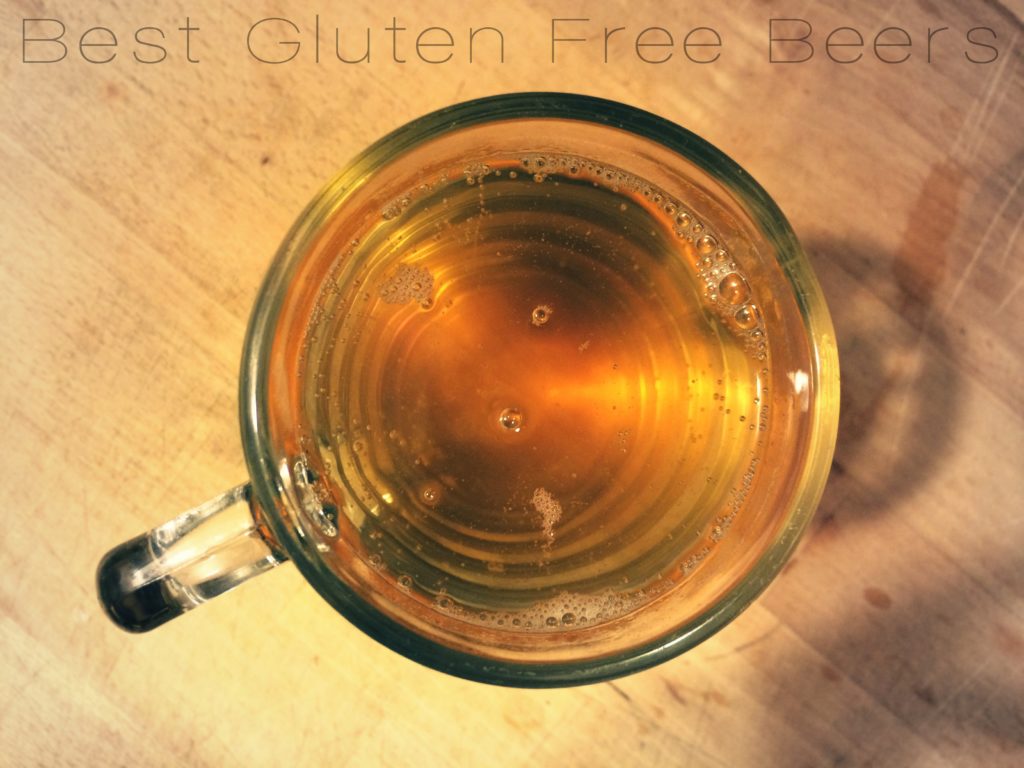 The Foxtail is an interesting brew. Its body is very light, the flavor crisp and slightly citrusy. This pale is dry–a bit champagne-y even. It’s very drinkable with mellow flavors and light bitterness. This pale ale would be great for hot summer days. I find it quite refreshing.

The 12 ounce cans its sold in are perfect for taking this brew on the go. Hiking, camping, river trips, anyone?  The Foxtail Ale sits at 25 IBUs with a 5% ABV. It’s a great option for the average pale ale lover–especially those who are not into the heavier bodied craft brews.  (That’s okay…more for me!) 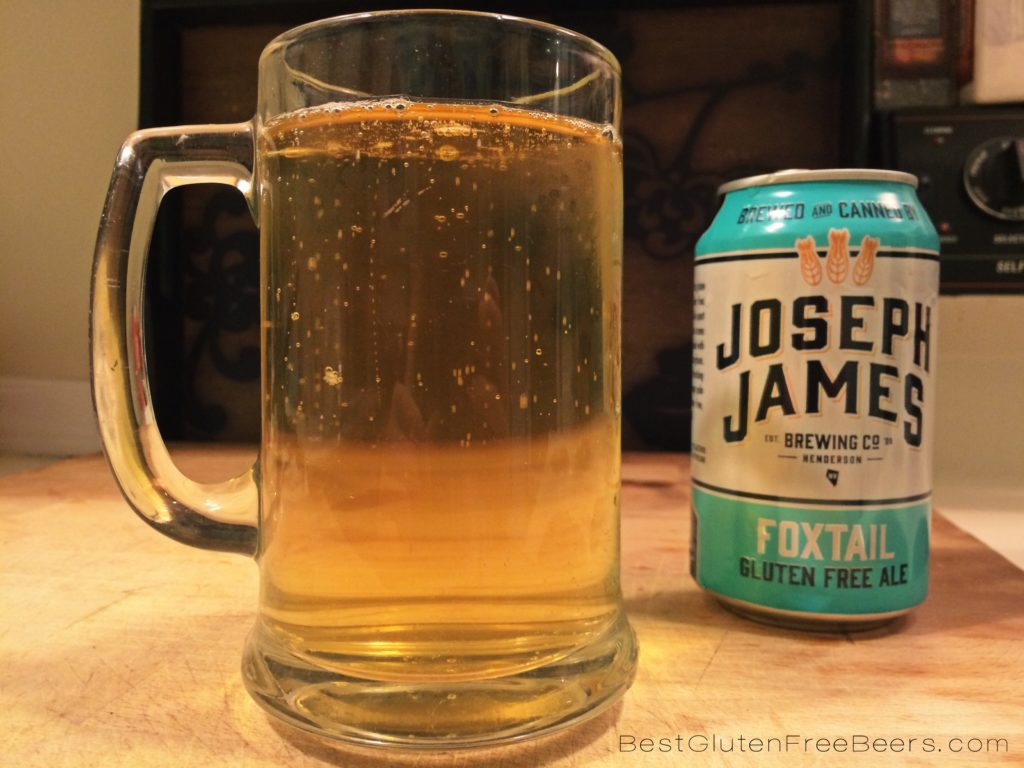 I would recommend giving this pale ale a try, especially if you are based in Nevada or Colorado, as I believe their distribution is heaviest in those states.