It’s Katrina and I’s first beer date in months, as I have been out of the country lately…(for travel blogs on my experiences in Indonesia, check out LindsiKay.com!). One of the [few] things I missed when relaxing on beaches in Bali was my West coast selection of gluten free beers. Well, I am now back–completely freezing in this harsh northwest winter–but with beer in hand!

When I popped open this coffee ale–I was suprised by the light color, but instantly remembered that it is, in fact, a coffee pale ale. It carries a light honey colored tone and smells fresh with an extremely mild fragrance. My fellow tester agreed that the coffee tones were indeed mild.

The taste is actually quite a bit stronger than the smell. When super cold, straight out of the fridge, It packs a hoppy punch but also happens to taste quite sweet. It happens to be the middle of winter but I would imagine it would be an excellent summer beer for the heat of the day. I must also admit, I am looking forward to this beer warming up a few degrees to see if the coffee tones come out a bit stronger when the beer is a bit warmer. (Note from later: The flavors were a bit more distinct from one another, but there was not an overwhelming emergence of the coffee upon warming.)

Upon first sip the beer is almost too sweet for my taste, but the aftertaste is quite refreshing. I’m getting lingering bittersweet tones in the aftertaste, which happens to be working for me right now. The carbonation is strong and crisp, which matches the character of the flavor profile well.

The sweet flavor of this beer might not have me indulging in more than say, 2 at a time (but we all know I’m bias towards those bitter beers), but as I said, I would reach for this one on a hot summer day in a heartbeat.

In all honesty, it isn’t my favorite Ground Breaker brew but it’s pretty good–yet again–for a truly gluten free brew. Another flavorful, powerful, regular offering from Ground Breaker Brewing. These guys are really raising the bar for gluten free beer drinkers. So far I haven’t disliked a single one of Ground Breaker’s ales. 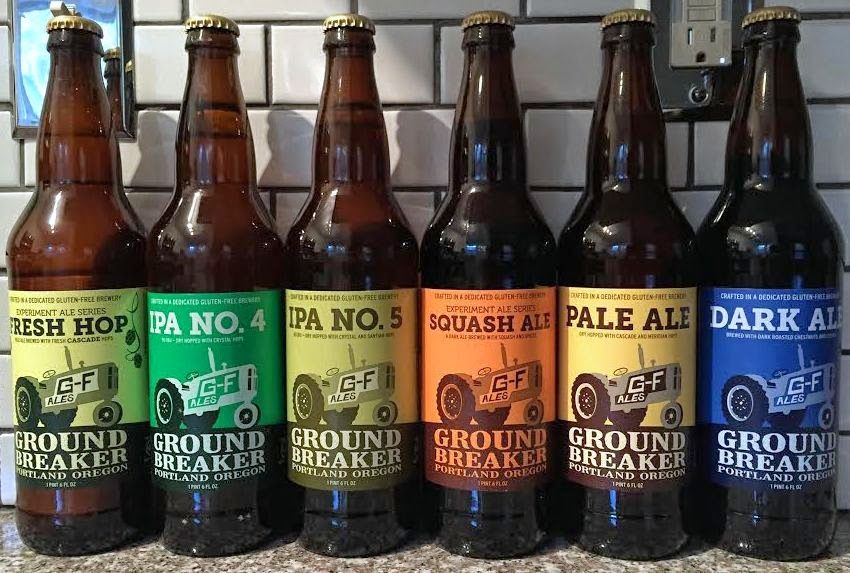 I think I still have a few more to try. The ones I haven’t tasted yet aren’t my preferred style…but every one of their beers has been good so far, which makes me want to try them anyway! Up next…Ground Breaker Johnny, which appears to be something of a hopped cider beer! I’m intrigued…

It’s waiting in the fridge for the next beer date. ;)

Keep up the great work! Thank you so much for sharing a great posts.

Thank YOU for reading!