A Seasonal Treat From Ground Breaker 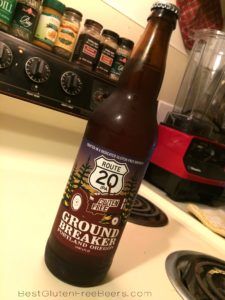 This IPA has a beautiful, rich reddish-orange color. It has a light head that actually sticks around for awhile. If you would like to see a video of the pour, check out the @glutenfreebeers Instagram. The beer is clear and easy to gaze through in the glass.

This IPA smells crisp and piney. Like a forest in a glass. It’s single-hopped with Santiam hops, and the brewery claims that the uniqueness of this brew comes from the late additions in the brewing process.

The Route 20 IPA hit the shelves in Fall of 2016 and holds a place on the Ground Breaker seasonal list.

This Route 20 IPA has a very interesting flavor. It’s definitely unique and unlike the other Ground Breaker IPAs. It tastes quite floral to me as it first hits my palate, but then it quickly transforms into a punch of bitterness and turns quite spicy toward the end. (Santiam hops, anyone?) 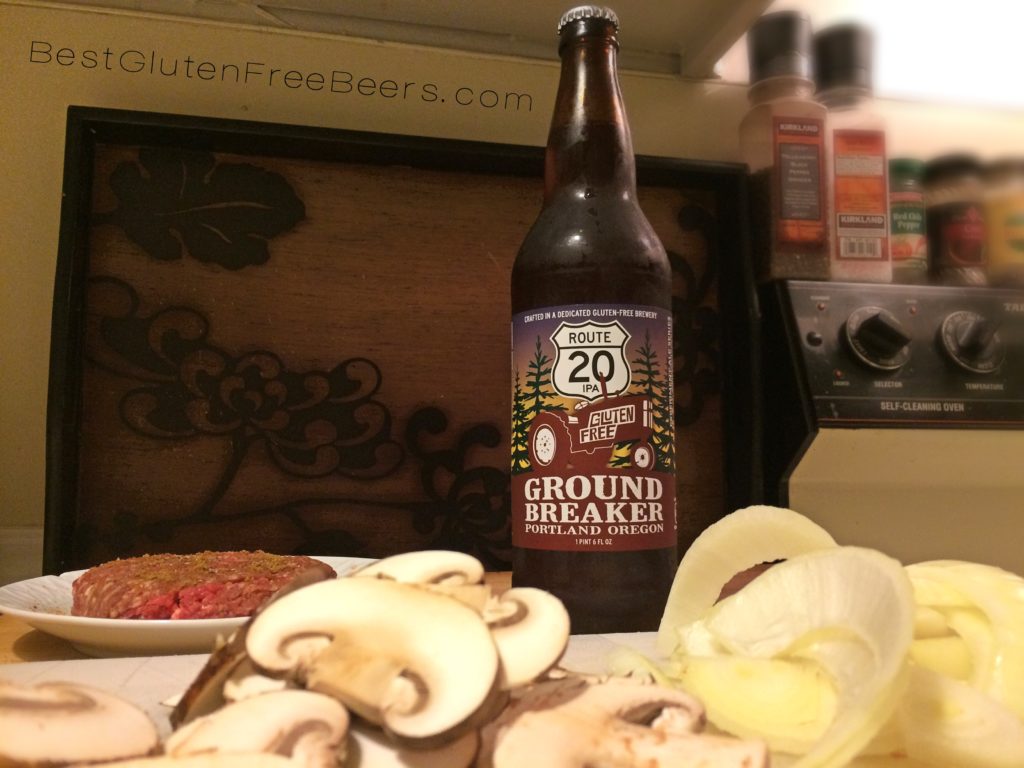 It has a fantastic carbonation level, and no matter how long I let this beer sit here next to me, the little bubbles around the top and sides of the glass don’t abandon me.

Overall, I’d say that this beer is very flavorful, without any one particular flavor standing out over another. That first moment after you take a sip is so interesting. You expect bitterness, but it doesn’t come until later. I feel like I can taste the lentils and chestnuts more in this brew because of it. This is definitely an earthy-tasting IPA. 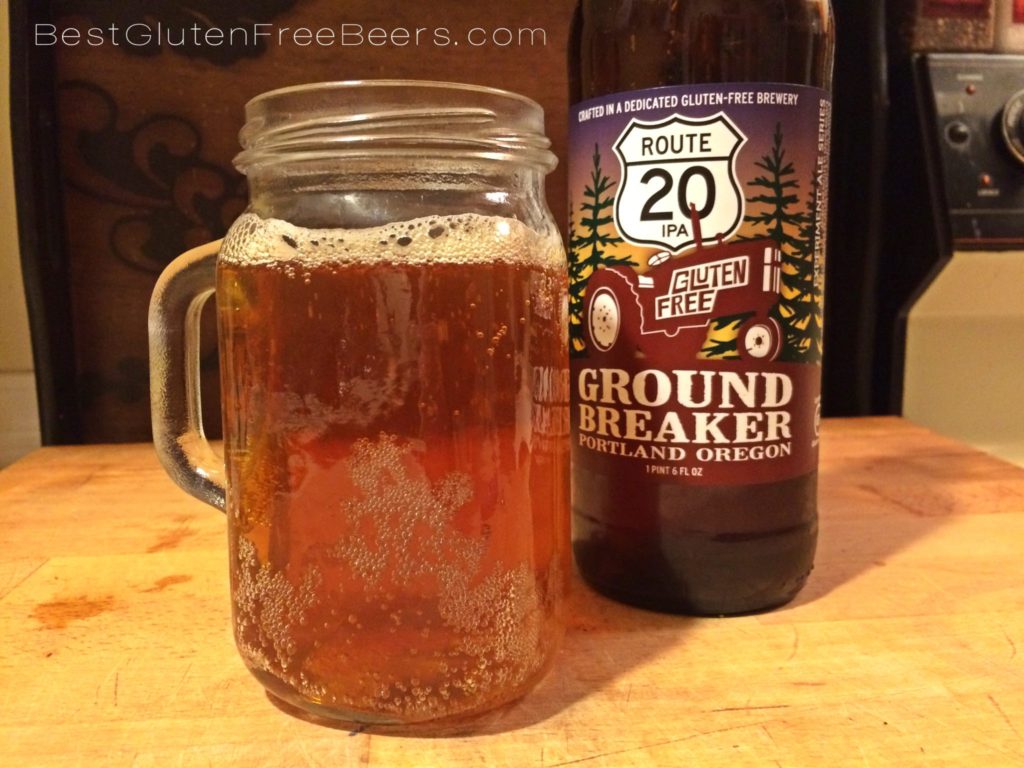 This beer might be really nice for those who enjoy the body and complexity of IPAs, but aren’t huge fans of the smack of bitterness on the front. This ale does not have that at the beginning, despite containing an IBU rating of 50. The bitterness that comes later does not linger long.

The spicy tones that accompany this beer make it a wonderful addition to their Fall line up. This isn’t my favorite IPA by Ground Breaker (this one is), but it IS delicious, and I look forward to finishing it. 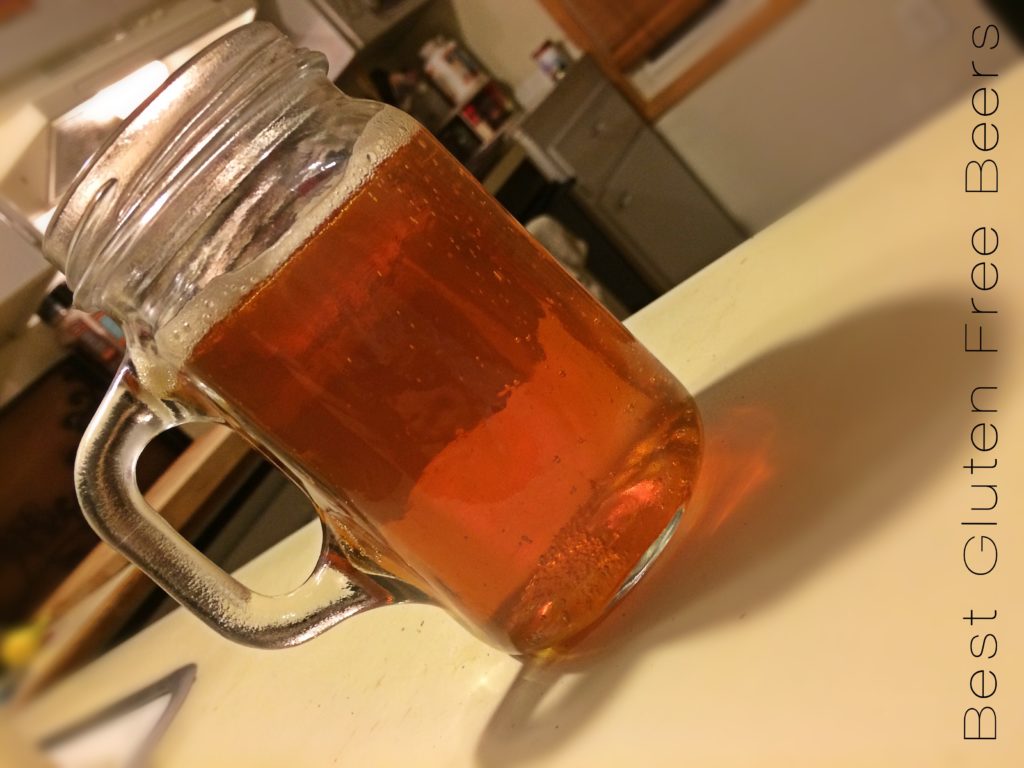