Holy cow. Not at all what I expected. It’s definitely a beer. 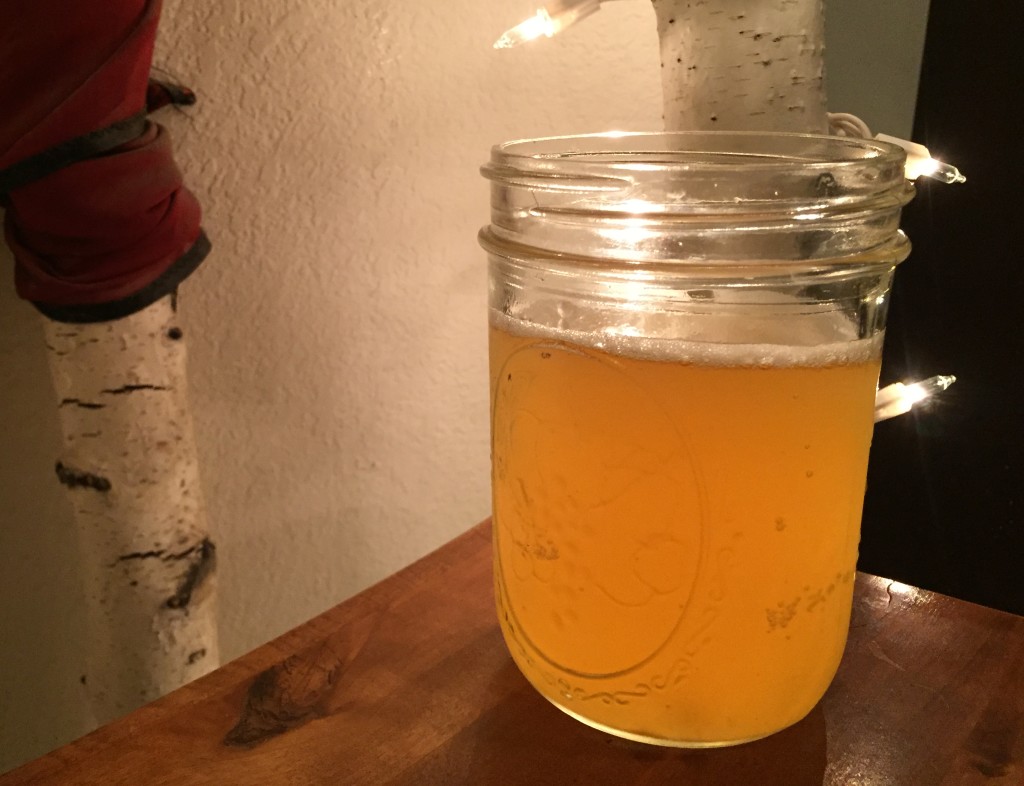 It’s tart, especially as it initially hits the palette. My mouth feels confused at first. Is it champagne? Is it beer? It’s very light, but flavorful. Honestly, in my opinion, it doesn’t taste like a typical golden ale…and that’s not a bad thing.

It has the body of a golden ale with the hoppiness of a pale ale. It’s actually pretty refreshing. It sits right at 5% ABV, so it would be a great summer afternoon beverage. It also has a 27 IBU rating, which I personally feel is easy to detect in this light bodied beer…or cider?…let’s say ciderbeer. :)

The Johnny has a mild yellow color, a thin head, and is a bit cloudy. I feel like when I take a sip, I go through a series of experiences all in a quick amount of time. That is, the sensation changes as it moves through my palette. When it firsts hits my mouth, I taste the crispness; the texture. The carbonation is almost seltzer-like. (Tiny little bubbles much like champagne.) Then it’s tart. Then it’s hoppy. Then it’s dry.

“Johnny begins with a fermenter filled with apple cider and ale wort. The wort has been custom tailored to bring out the best in the blend by emphasizing the hop flavor and body. Once fermentation is complete Johnny is generously dry-hopped with Sterling hops.”

This champagne-like beer is also brewed with lentils and chestnuts like most (or all?) of  Ground Breaker’s ales.

It smells hoppy and clean. Each sip feels cleansing to the mouth. As intense as the brief tartness and hoppiness is, in a flash it’s gone, and all yo 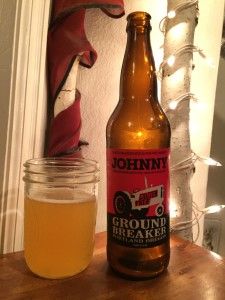 ur left with seconds later is a whiff of hops on the palette.  It makes for a very refreshing experience.

It’s a very interesting ale. I wonder if many will enjoy it. I have to say that by the end of drinking the beer I realized something…as someone who prefers bold and flavorful beers, I think I might reach for this one over a standard [gluten free] golden ale. This ale is growing on me.

I love Ground Breaker’s experimental style. It makes me want to take a road trip with Katrina to visit the brew pub in Portland, OR. I’m not far away, maybe a 3.5 hour drive, so it just might happen!

Katrina reviewed this beer too! Read her take on it here.