How Going Gluten Free Has Changed My Life

Why did I start this blog? Well…two reasons. Firstly, I am a proud beer lover, and secondly, I am a Celiac. Fortunately–or unfortunately–depending on how you look at it, I enjoyed the wonderful glutenous taste of real beer for many years before I came to understand gluten intolerance. I grew up in Beer Town USA, Bend Oregon (I do believe we officially own that title now.) and let’s just say I celebrated that fact often. I love IPAs. It doesn’t get much better than the crisp hoppy bitterness of a Northwest IPA.

Since going gluten free, it’s been a disappointing, but promising adventure with gluten free beers. Maybe it’s the beer snob in me accustomed to having so many choices, particularly for the bitter-loving palette, but I just don’t find our current options very impressive overall. Taste and variety wise…the gluten free beer market has a long way to go. But hey, thanks to the logic of supply and demand, we should be seeing more and more options hitting the shelves as time goes by. Things are moving fast in this industry, and I can’t complain one bit.

It occurred to me recently that some of you may be curious about the reasons I decided to go gluten free. I was very sick for many years, and western medicine never helped me. Talking to people experiencing my same issues did. In this article, I share the experience of my discovery with you in hopes that it might help another who is seeking relief from unexplained health symptoms. 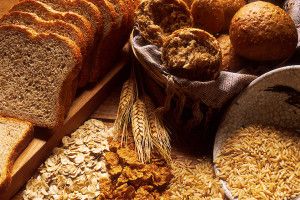 I was the eldest of 3 children, born into a family that produced classic New York style bagels. My parents owned and operated a bagel manufacturing plant that distributed across the East coast. I grew up on bagels. They were a permanent staple in our kitchen. On top of that, I was an incredibly picky and unadventurous eater. My diet until adulthood was primarily grains and dairy. Even when I wasn’t eating bagels, I was eating things like grilled cheese, creamy pasta, battered and fried foods, french toast, crackers, baguettes, pizza, and cereal on a regular basis. I knew what I liked, and it wasn’t much.

My Health Takes A Daunting Turn

When I was 15 years old, I began experiencing migraines. Not occasionally, but every day. I would wake up each day with a great amount of tension and discomfort in my neck and shoulders, which by the afternoon of each day, would creep up my spine and culminate in a full blown migraine by the late afternoon. The problem seemed to start suddenly. I was never in an accident, and never seriously injured. The only major thing that changed that year was that I started my period, indicating a major hormonal shift in my body. 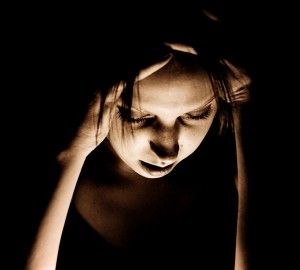 I struggled with insomnia all through my teenage years. I was always sick. Colds and flus would destroy me. Usually a person is sick for a few days, a week at most. I would be sick for 3 weeks. Then within a month of recovering, I would get sick again. I was constantly falling into long cycles of depression. My moods were all over the place. I could have a great day one day, and barely be able to get out of bed the next.

My migraines quickly became unbearable and I sought help. I had x-rays, MRIs, and countless consultations that yielded nothing. I saw doctors, specialists, orthopedic surgeons, and physical therapists…all of whom shrugged their shoulders and shook their heads in bewilderment. My favorite one was “Maybe it will disappear with age.” (Courtesy of my orthopedic surgeon.) None of these professionals ever asked me what I ate…never asked me what I ran my body on. (A mechanic would surely notice if you put diesel in the gas tank of a car, no?) The migraines continued. Every single day. All through high school, and all through college.

The Advice That Opened My Eyes

I learned to function with this chronic condition the best I could. I learned the best positions to sleep in to relax my throbbing neck, and I learned how to write papers while my head was pounding so hard, I could have sworn I was being hit by a hammer. There’s no way around it. It was awful.

When I was a junior in college, I met a girl named Sophie. After hearing me complain about muscle tension, headaches, sleep disturbance, poor immune function and so on, she turned to me one day and said “You know…those types of symptoms can be caused by food allergies.” I was confused. I though food allergies meant hives and anaphylactic shock. She explained to me the naturopathic approach to diet and opened up my eyes to the plethora of symptoms that can be linked to food allergies. This is when everything began to change.

Over the course of the next year I did a lot of research on my own. I looked into all types of common allergies and compared their most common symptoms with mine. Over the course of this research, I came to the likelihood that I was either gluten intolerant or dairy intolerant. I wasn’t sure which, but I knew which test I needed to find out. 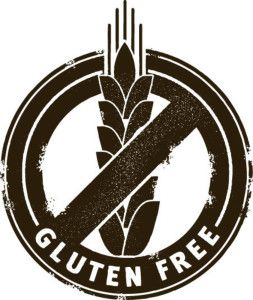 There are two primary types of food allergy tests (apart from elimination diets). One is the skin prick method and the other is a blood test in which a laboratory uses a blood sample to detect reactions to various foods. I needed the latter. I had never had any problems with skin irritations or breath when consuming gluten or dairy. I wanted to know how I was reacting to these substances on a cellular level.

It took me a while to get the test. Partially because I was scared of the lifestyle changes I would have to make if my theory proved true, but also because this particular allergy test is measured quite qualitatively, and insurance companies consider them “experimental”. Therefore, I was forced to pay for them out of pocket, and as a broke college student, that contributed to the delay.

When I was 22 and already out of college, I had the test. Surprise, surprise. It wasn’t gluten or dairy. It was both. I knew what I had to do. I had the most amazing smoked cheese and Alfredo lasagna I’ve ever eaten for dinner one night, and then the following morning I removed all gluten and dairy from my diet, cold-turkey style.

Within a month, I was a completely different person. The migraines disappeared, the muscle and neck tension melted away, I began to actually sleep at night, and I stopped falling into pits of depression for no apparent reason. Over the next couple months I exposed myself to dairy and gluten (individually, with at least a month in between) so that I could diagnose which food was causing which symptom. I learned that the dairy was causing the neck tension and the migraines, and gluten was causing mood swings, depression, bloating, and poor (or no) immune system function, meaning I was sick all the time.

Several months after I took out gluten, I decided to have a teeny bit. Just to see what happened. Within 12 hours, I was vomiting and was sent home sick form work the next day. I realized, now that I had eliminated gluten from my system, my body was healing and no longer registered wheat as an edible food. My body was now rejecting gluten in a bold and violent way. It’s been 4 years, and I have’t voluntarily eaten gluten since. It’s been fed to me a few times by mistake, and my reactions are now so violent, I am convinced I have inherited my Grandmother’s case of Celiac’s Disease. (One time I didn’t leave a hostel bed for 4 days I was so ill. I probably would have been hospitalized for fluids if I hadn’t been in a tiny Nicaraguan village in the Caribbean.) In case you were wondering, the doctors never made any connection between my Grandmother’s Celiac status and my health complaints. Western medicine fails again. 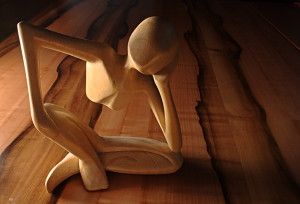 There are many (if not most) people out there that would find their quality of life improve with the removal of gluten from their everyday diets. As our food becomes more genetically modified and our crops become more homogenized, grains are becoming more and more difficult to digest with each passing year. Many people out there may not get physically ill from the wheat in their diets, but instead suffer from chronic discomfort that’s become their status quo. Honestly, I had no idea how sick I was until I started to feel better. I realized that my “normal” had shifted so drastically that I didn’t even remember what true normal really felt like.

If you are suffering from unexplained symptoms and nothing (and no one) seems to know what to make of them, I urge you to look at your diet. It is the single most important thing I have done for my health…possibly ever.

Is it possible that gluten is unhealthy period, regardless of whether you are a celiac or not?