A Seasonal Surprise From Glutenberg

Ok. So the Glutenberg Gose may not have been a surprise to everyone…but it was to me! I was perusing my local grocery and this baby caught my eye as I was walking past the beer section. At the time, I hadn’t even realized that Glutenberg was making a Gose beer–let alone that I had access to it all the way over here in Oregon. I was so excited, I grabbed two! 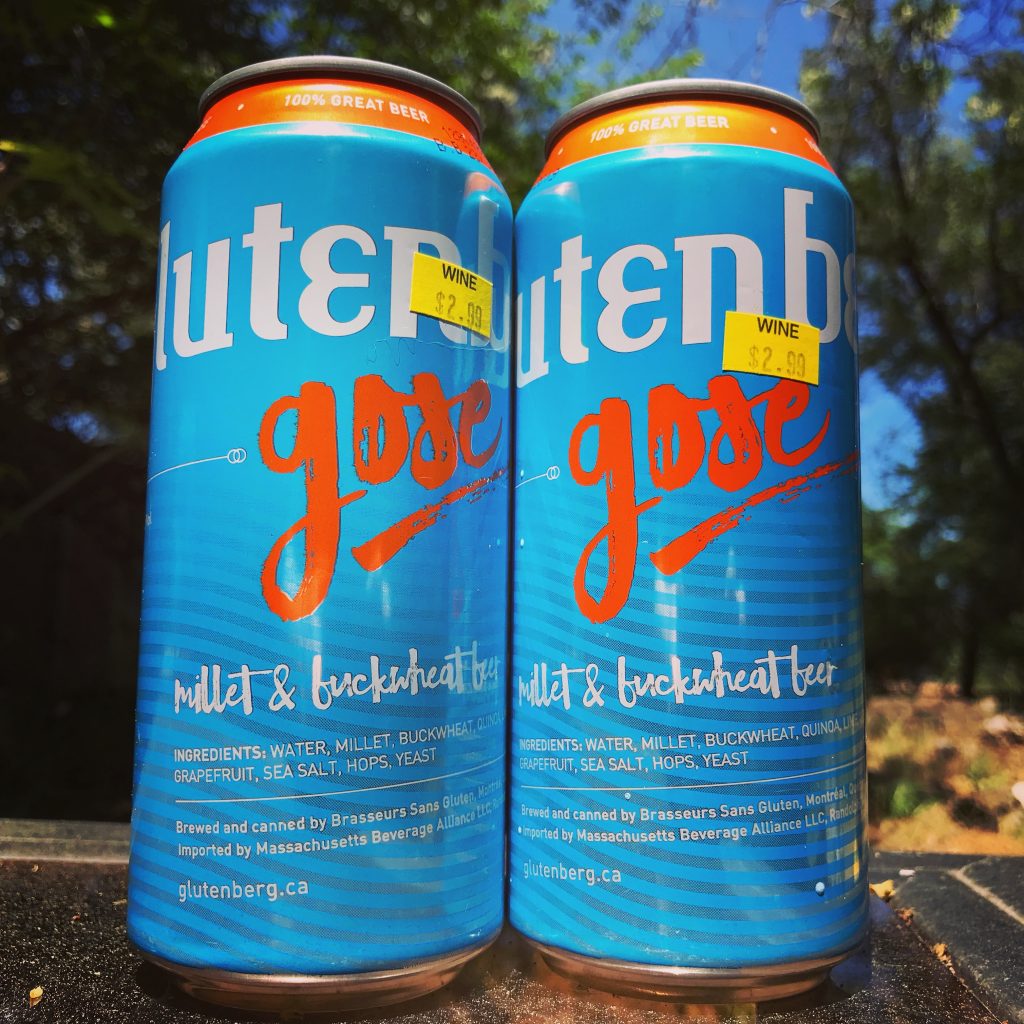 The Gose is a very unique sour beer style that dates back to the sixteenth century. It originated in Goslar, Germany and carries some special qualities that might surprise you if you don’t have previous experience with this beer style. One of the most pronounced characteristics is its saltiness.

Goses were traditionally salty because they were brewed using the saline waters of the Gose river. Now of course, we just add salt to mimic the salinity of the German river. (Germaphobes rejoice!) You may be thinking “Huh? Salty beer?” Yes. It’s fantastic. The saltiness balances the tartness creating quite the treat…especially on a hot summer day. It’s like drinking a beer and a juice at the same time…the best of both worlds.

Much like traditional witbiers, Gose beers are a bit of a challenge to make gluten free. Historically, the Gose is brewed with a grain bill of at least 50% wheat. It’s a classic sour wheat beer that usually has some light acidity due to the presence of lactobacillus during fermentation. 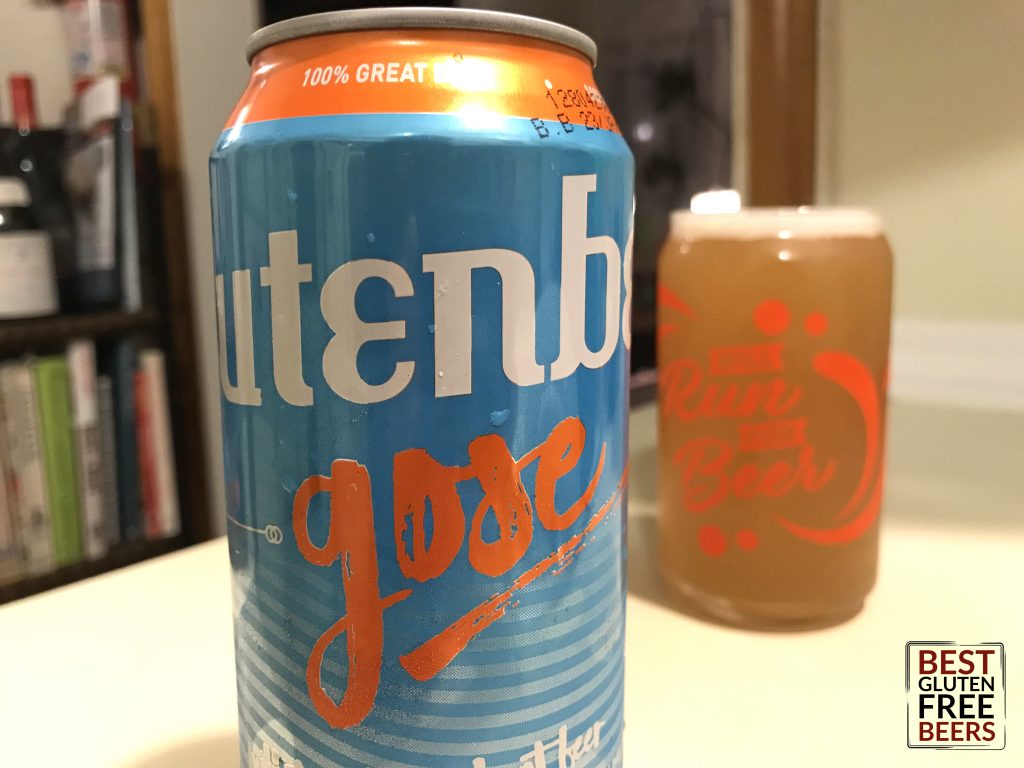 Luckily, several breweries out there are up for the challenge and are brewing this sour with 100% gluten free ingredients. Another traditional ingredient in a Gose is coriander, which I don’t believe is present in Glutenberg’s version of this sour.

This Gose poured with a huge head! And I know it wasn’t just foam from an accidental shake up either, because when I opened the can there was none of that until the pour itself. This color of this sour brew is a blend of soft orange and grapefruit pink. It’s cloudiness and muted color make this Gose stand out from others I’ve tasted in the past. The reason this beer sports such a dense haze is that it’s unfiltered. 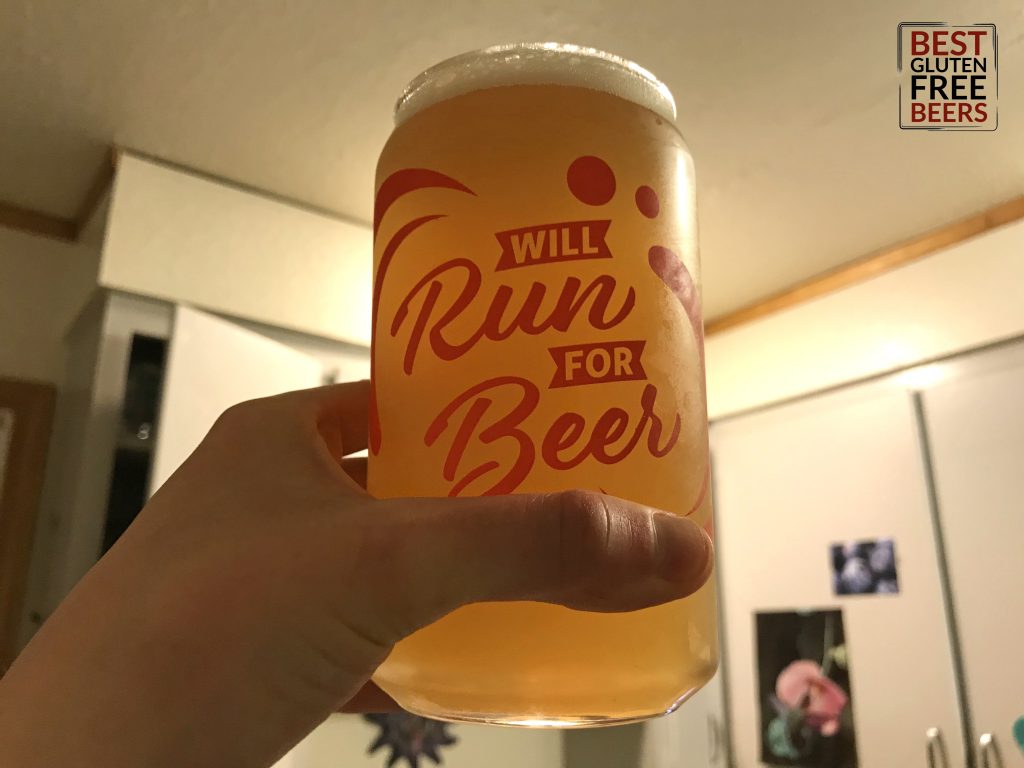 It smells of tart grapefruit, and as I take my first sip, I realize the taste matches the aroma. The first flavors to hit my mouth are not just favors actually. There’s significant texture too. You know that mouthfeel that eating or drinking something sour gives you? Well, that’s what you can expect from this Gose. It’s quite dry and incredibly tangy. Also, way more sour than other GF Goses I’ve tried in the past. It has strong citrus flavors (the grapefruit and lemon pop the most on my palate) and a subtle saltiness typical for this sour beer style.

Despite the significant head it poured with, the carbonation actually seems to rest at the lower end of the scale. The body is smooth but substantial, perhaps due in part to the fact that it’s unfiltered. The mouth feel is quite memorable, and the tart grapefruit flavor lingers long after the swallow.

The citrus flavors are so powerful in this Gose, that when combined with the texture imparted from the sourness of the lemon and the tartness of the grapefruit, it almost has the mouthfeel of a juice. With a little extra kick. There is absolutely no bitterness derived from the hops, as proven by it’s 7 IBU rating.

This Glutenberg Gose beer is brewed on a base of millet, buckwheat, and quinoa. What a hearty combination! I don’t get to try many beers made with quinoa. As you may have learned from one of the brew tour documentaries…it’s an expensive grain to brew with, but it makes great beer. 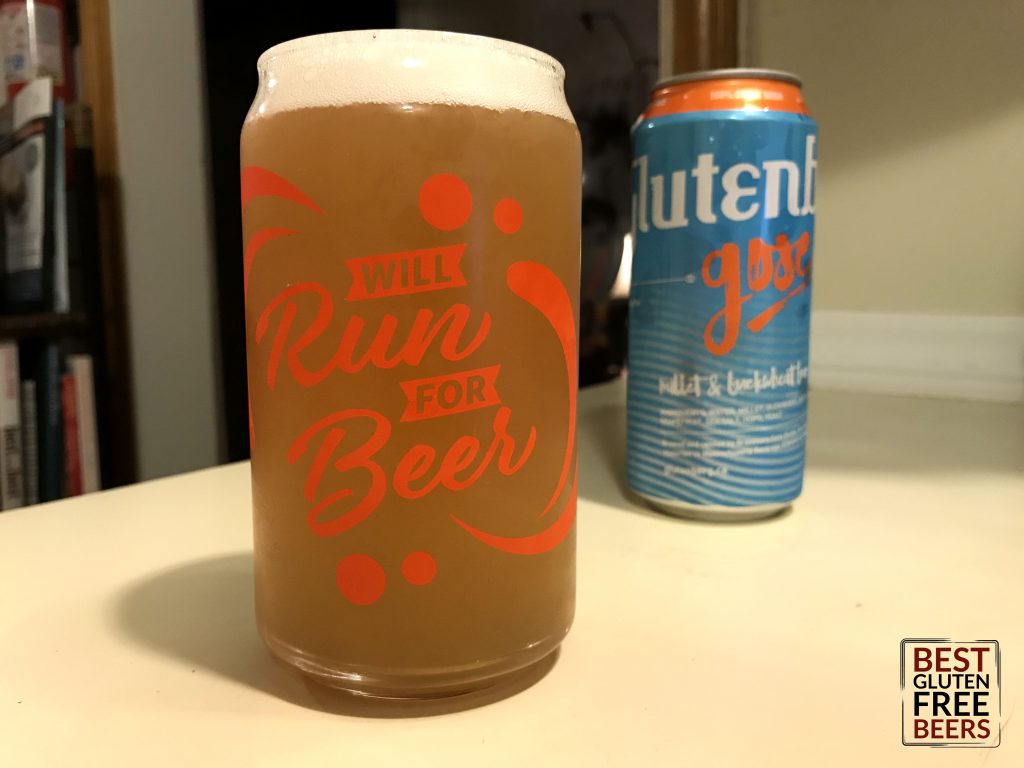 This sour seasonal is distributed in 16 oz. cans. It has a very low 3.5% ABV, so it’s easy on the buzz. Glutenberg proudly claims 0.0 parts-per-million gluten in all of their beers. For anyone interested in checking out the results of the chemical analysis report, Glutenberg has made it available at this link. (I hope you can read French!)