If you are among the severely gluten intolerant or a Celiac, you may want to stick to one of their 3 gluten free offerings which are the bottled Blonde Ale, Pale Ale, and Raspberry Ale. Two more options exist which are gluten reduced (crafted to remove gluten after being brewed with barley). They are the Seclusion IPA and the Tread Lightly Session Ale.

Today I will be tasting the New Planet Blonde Ale, one of 3 totally gluten free offerings. All of them of recently been reformulated to remove sorghum from the ingredient list. This Blonde Ale is now brewed with millet, GF oats, and non-GMO corn. By the way, I really respect their choice to use non-GMO maize.

I made GF Fried Chicken to go with my beer!

This American style, Sterling hopped ale pours a dark and crystal clear golden yellow. It’s head is strong and lingers for a delightfully long time. What starts as big foam bubbles, eventually shrinks into a creamy layer of micro bubbles garnishing the top of the glass.

This beer is very light, crisp and flavorful. It has heavy notes of citrus, but it also tastes quite carmel-y to me. Not sure where its coming from…maybe the corn? The carbonation tastes surprisingly light considering how well it foamed. It’s not at all bitter. In fact, its IBU rating sits right at 15. At a 4.5% ABV, this would be a great choice for hot summer afternoons on the river–alcohol level-wise! 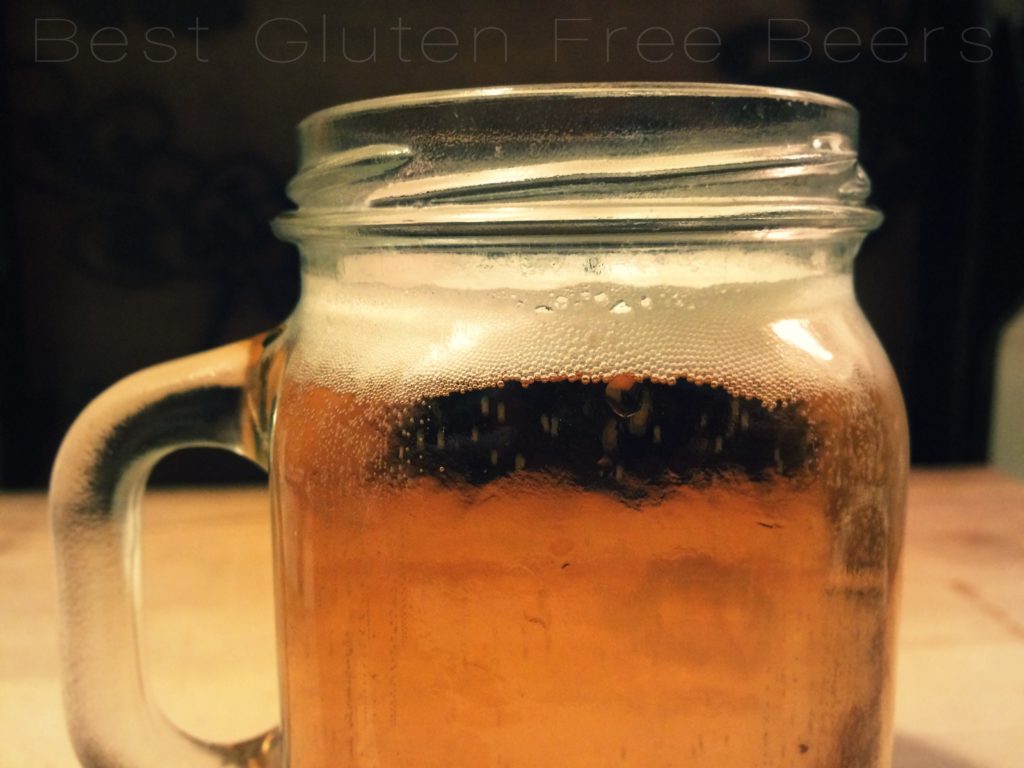 As you all know, Blondes aren’t my preferred style, but this ale is drinkable. I look forward to trying their hoppier offerings, including a reformulated and completely gluten free Pale Ale.

I also didn’t try their previous version of this ale, brewed with sorghum and corn, but I have to say…I think reworking their recipes was the right choice. Millet and oats make for a tastier beer than sorghum in my opinion. Something tells me I’m not alone in this sentiment. 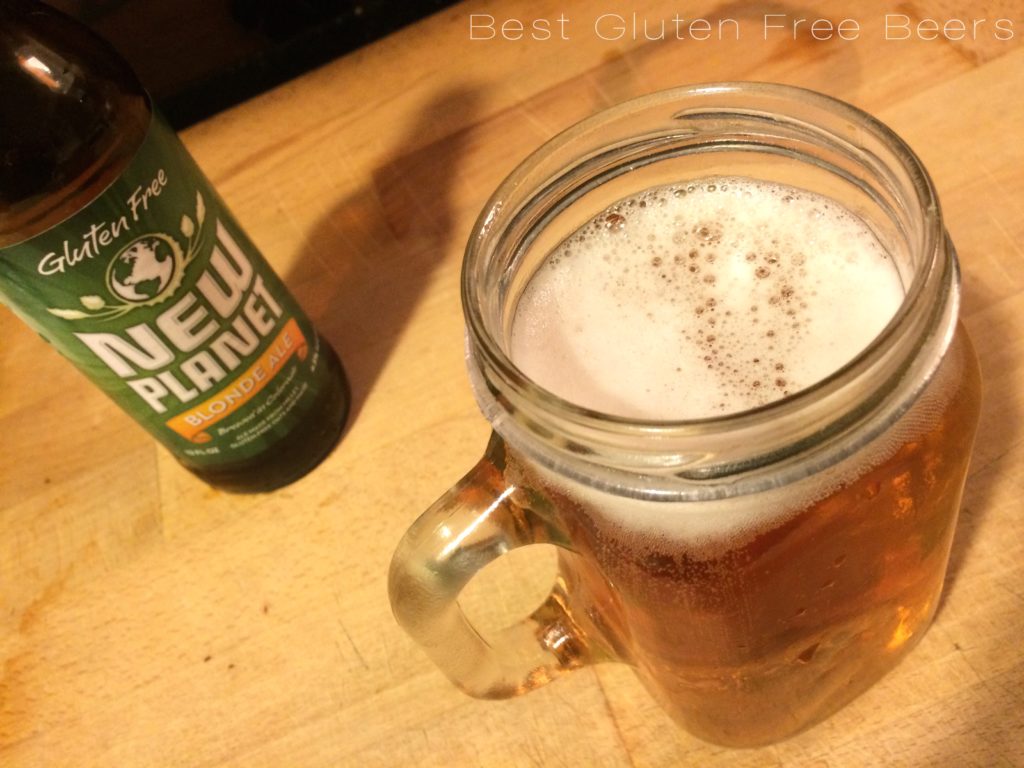 If you’ve tried New Planet in the past but haven’t had a taste recently, seek out their reformulated brews! There are at least 3 of them that will be safe for any gluten free individual.

Stay tuned for more New Planet reviews…they’re on their way!