A Killer Ale For The Killer Whales

They’re neighbors of the San Juan Islands, an archipelago that serves as both a migration zone and residence for a local pod of killer whales. These locals are referred to as the Southern Resident Killer Whales and lately they’ve been heading towards extinction. 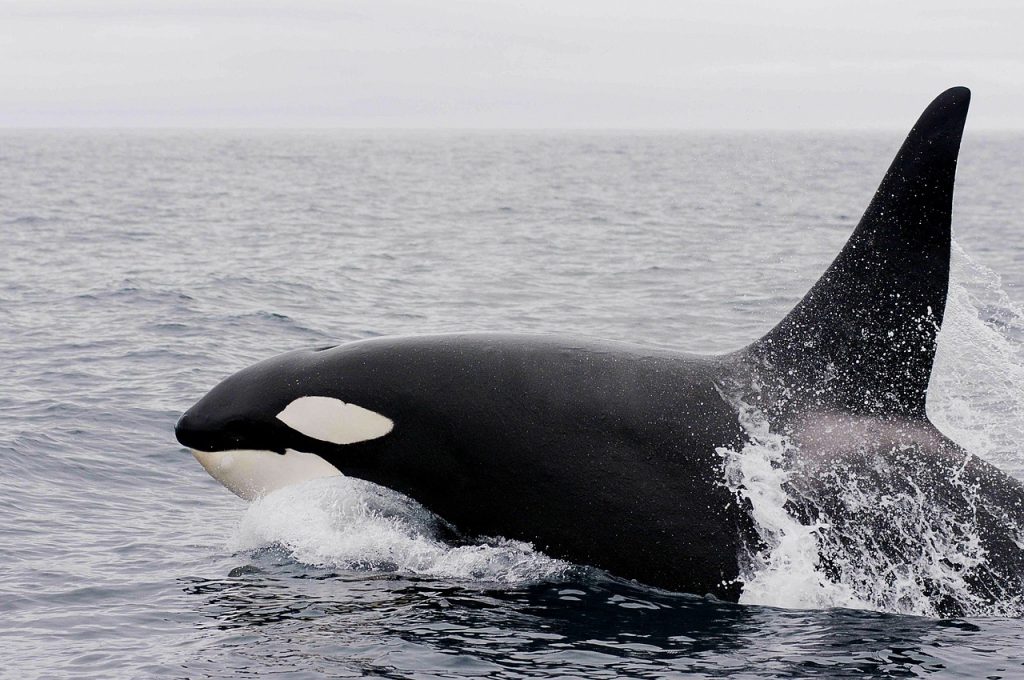 This heartbreaking reality inspired Ghostfish to brew a beer for their benefit. Ten percent of the Killer Ale IPA proceeds go to the Orca Protection and Rescue organization, whose mission is to protect all marine wildlife in the Salish Sea. They work to mitigate commercial vessel harassment, strandings, entanglements, and removal of ghost fishing gear, marine debris and plastics.

The Killer Ale IPA is a limited release beer packaged in 16 ounce cans (often sold in a 4-pack). The 4-pack carriers are made with an eco and animal friendly paper-based beverage board material from Fishbone Packaging. ?

I love it when I come across beers with a purpose (besides satisfying their drinker). This is my second benefit beer review this year, and I have another one on the way! (My last one was for the gluten free Resilience IPAs brewed by Bierly Brewing and Eckert Malting & Brewing.)

The Killer Ale IPA pours with a boistorous and somewhat moosey head that seems to be around for the long haul. It has a vivid and bright tiger orange color when held up to the light. You can see blurry shapes through it when held up to a light source, but in general, it’s pretty hazy.

It smells like a classic PNW IPA, like it’s packed with bittering hops that bring a piney citrus punch to the nose. The Killer Ale smells very hop forward with very little malt in the aroma, which to me foreshadows a refreshing and fruity ale that will likely have a crisp and dry finish on the palate.

What surprises me most about my first taste of the Killer Ale IPA is just how smooth it is. I was expecting a bitter punch to the face, but instead the bitterness onsets gracefully, then gently washes through the palate, and honestly fades elegantly into the background after the swallow. 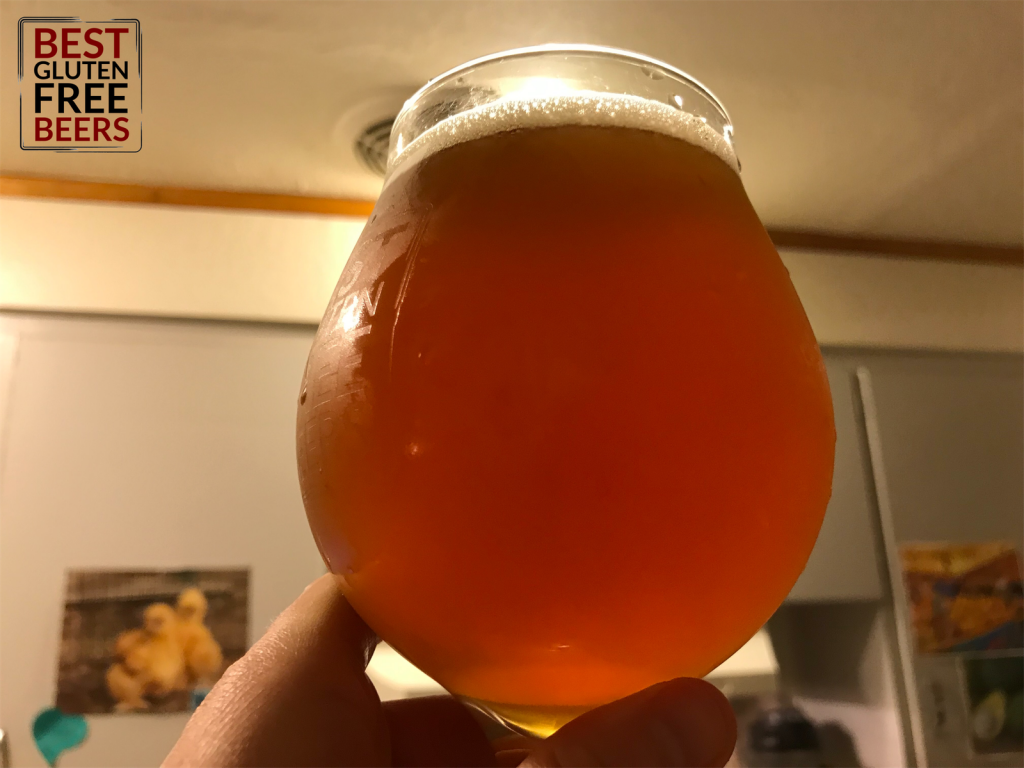 The flavor profile reminds me of the Kick Step IPA, but it’s SO much smoother than the Kick Step. This beer clocks in at 76 IBUs which is higher than I would guess based on the tasting experience. This is a truly beautiful and entirely unoffensive IPA. I just can’t get over how balanced it is. Anyone else agree?!

This beer was brewed with Centennial, Colombus, and Simcoe hops. The beer’s citrus fruit qualities could be coming from any one of these three hop additions, but I would venture a guess that the piney aroma originates with the Simcoe hops. All three hop varieties seem to dance together quite flawlessly.

The carbonation is dead on and it has a solid medium bodied mouthfeel. I can honestly say that I would drink this IPA everyday. And not just because it would benefit the Orcas (which is reason enough) but because I think it’s a phenomenal brew.

Honestly, my only complaint about this beer is that I only have one of them. 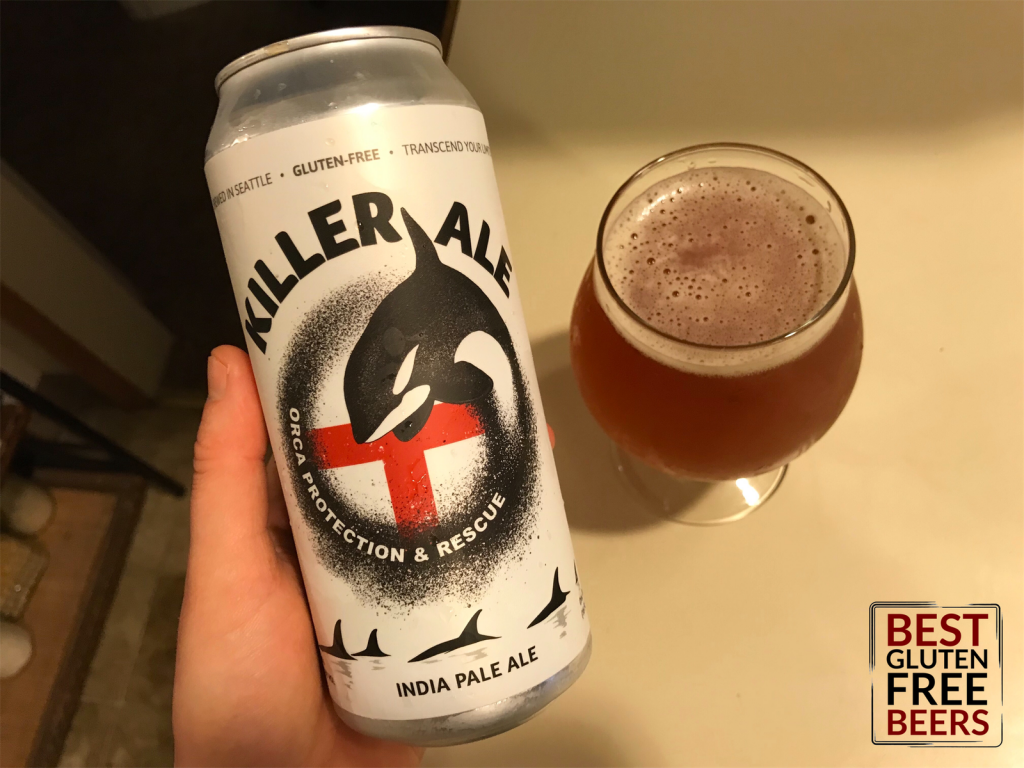 I will also say that I feel this beer is best enjoyed solo (without food). Not because the beer doesn’t play well with others. It does. But the Killer Ale IPA is so delicate and balanced (for an IPA) that I find some of it’s best qualities are harder to appreciate when competing with the flavors of a meal. In other words, this beer’s so good, it’s best enjoyed with your full attention. But it goes down smooth alongside dinner as well.

Ghostfish should be very proud of this beer. It’s a solid and well balanced PNW IPA that leaves me wishing it was a year-round offering. You know…for the orcas. ;)