The March With Pride IPA is not your average IPA. It’s brewed in celebration and support of female beer professionals. This collaboration brew takes place each International Women’s Day (March 8th). This beer is packaged in 16 ounce cans for limited release and the label is a gorgeous satin black and pink design that sports the silhouette of a woman wearing pink boots and waving a pink flag.

The quote on the front reads:

But I really love what it says on the back…

‘Sisterhood’ – It’s something we take for granted, but sometimes it’s worth taking a step back to re-examine. What does it actually mean? We believe it is a sense of community based on mutual support. It’s also a bond that we all unconsciously share and that some of us come to realize later than we think. Just as we come together to brew this beer, we also come together to march into the future, shoulder to shoulder – making our way in a world that sometimes rejects our attempts to define ourselves.

In other words, this is one hell of a powerful beer. Not just because it was brewed by an all-female brewing team, but because drinking it EMPOWERS WOMEN in the beer industry. So drink up…it’s never been for a better cause. Except for maybe the Killer Ale IPA. That’s a pretty damn good cause too. ;) 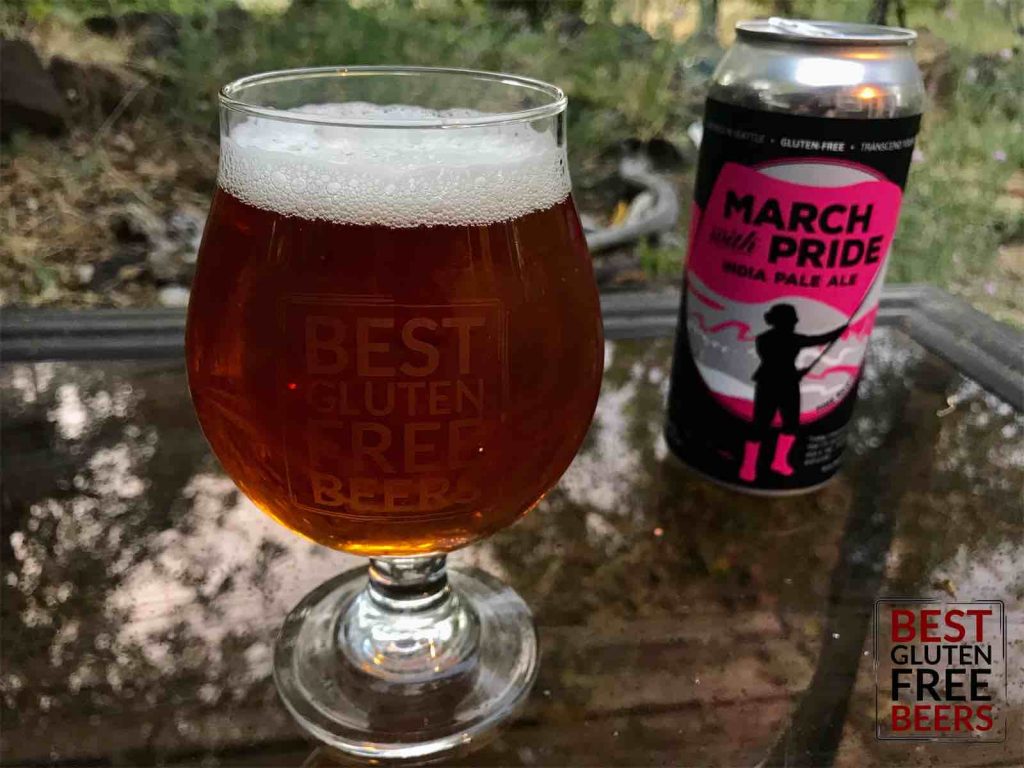 Not to judge this beer purely on looks, but this is one heck of a beautiful IPA. It pours with a rich and crystal clear Autumn-orange color and a vivid head that bubbles away slowly, and leaves a lingering layer of foam at the top as the beer sits. When held up to the light, this beer is the color of the setting sun. And when I say this beer is clear, I mean it. You can read the can straight through it.

I detect hoppy notes of citrus and pine in the aroma. Each year, the women who brew this collaboration beer do so with a special Pink Boots Hop Blend that gets reinvented every year. I’m not sure what is in that hop blend, but it certainly smells like the PNW in a glass.

EDIT: I have new information about the 2019 Pink Boots Hop Blend. The March With Pride IPA was brewed with Loral, Mosaic, Simcoe, Sabro, and Glacier hops. SO many hops!

To be honest, it tastes exactly as it smells. Pine trees and citrus fruit (I’m picking up a lot of lemon), with a gentle malt body in the background. It has a medium body, with a fantastic presence of bitterness that onsets right away, but not so early that you don’t taste its nuances first. Once it hits, it sticks around, confidently lingering on the palate until you decide to take the next sip.

This is a 61 IBU beer, which is significant. You can definitely tell in its tasting profile, but I would add that it’s still quite smooth, despite the extreme hoppiness. (At least in my opinion.) Besides that, there’s nothing in particular that stands out needing mention–except that it’s a very solid Pacific Northwest IPA. Very on brand, shall we say? Ha!

I was a bit curious about the grain profile of this beer, so I reached out to Ghostfish for some additional information. They informed me that it was brewed on a base of millet, rice, buckwheat, and sorghum. The grains were sourced from 3 different dedicated gluten free malthouses (Grouse, Eckert, and Colorado Malting).

I’ll also remind you that this beer packs a 6.2% ABV so I am feeling quite cozy after a pint of this IPA. It’s an excellent evening brew for those warm weather nights…or any weather night for that matter. Hope some of you had the chance to try this one! I’d love to know what you thought, if you did. ♥ 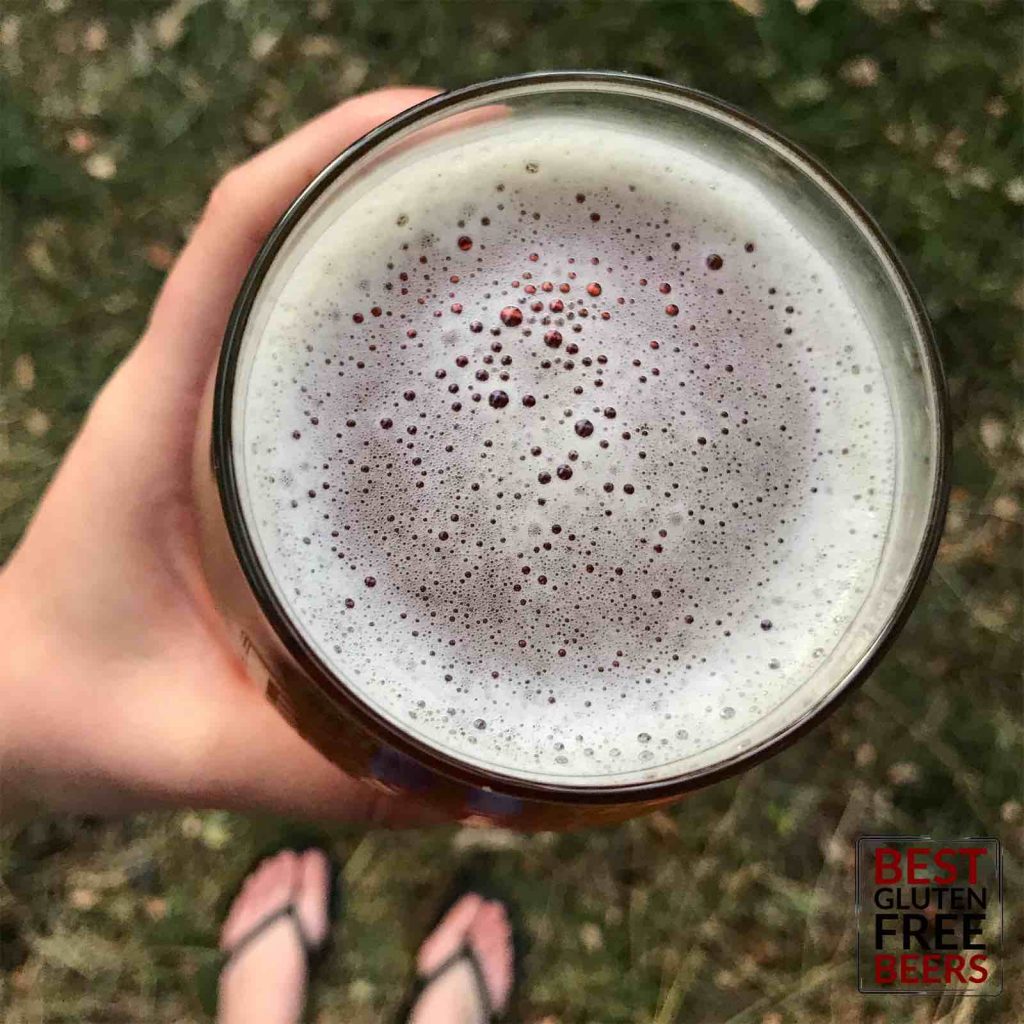