This summer Ghostfish Brewing Company teamed up with a Washington-based nonprofit called The Mountaineers. This organization comprises over 12,000 members who support preservation efforts and outdoor education in the Pacific Northwest. Together, they brewed up a brand new flagship ale called the Kick Step IPA. The Mountaineers had a significant role in the development of this new Ghostfish brew. 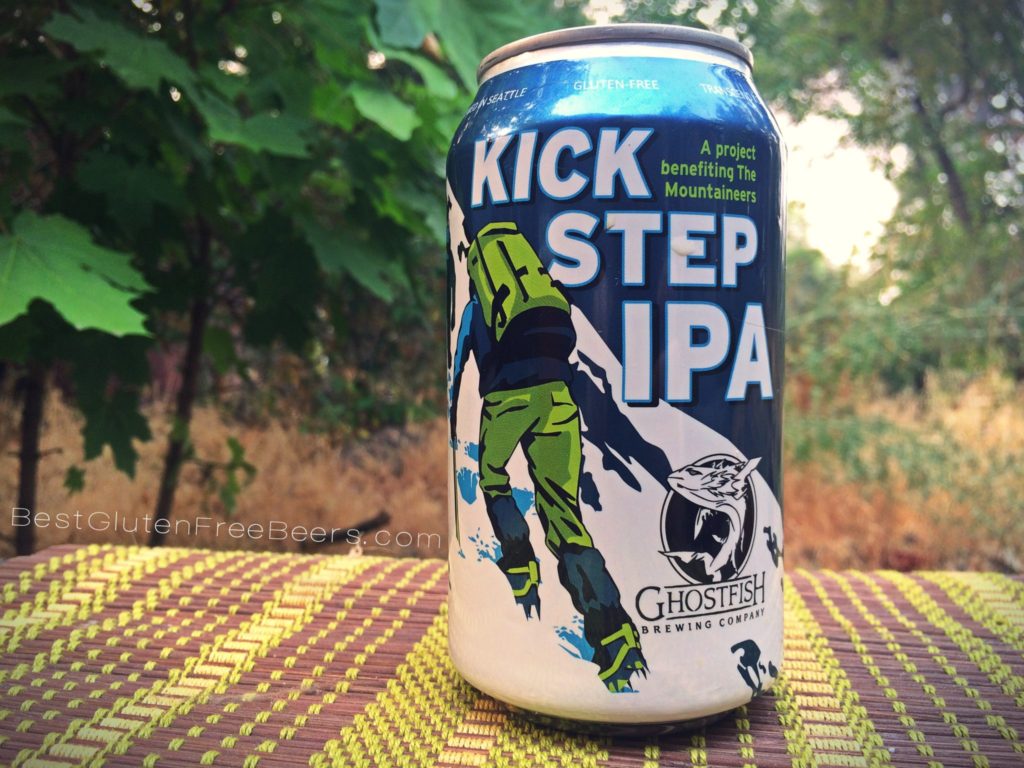 This includes the design of the label, which departs from the typical Ghostfish branding a bit. The label shows a climber making his way up a snowy mountain slope. The climber is executing a Kick Step, which is a mountaineering technique intended to steady a climber during a steep glacial ascent. Hence the name Kick Step IPA.

Another new piece of information I learned when researching this beer was that millet grain–one of the grains this beer is built on–is among the most drought-tolerant grains you can brew beer with! As I write this, there are over a dozen forest fires ablaze in my state…more smoke coming from surrounding states and British Columbia. I have been slowly suffocating from weeks of horrible air quality, and as I stare out at my bone-dry surroundings, I can’t help but be grateful for the environmentally conscience aspects of this beer, whether planned or coincidental. 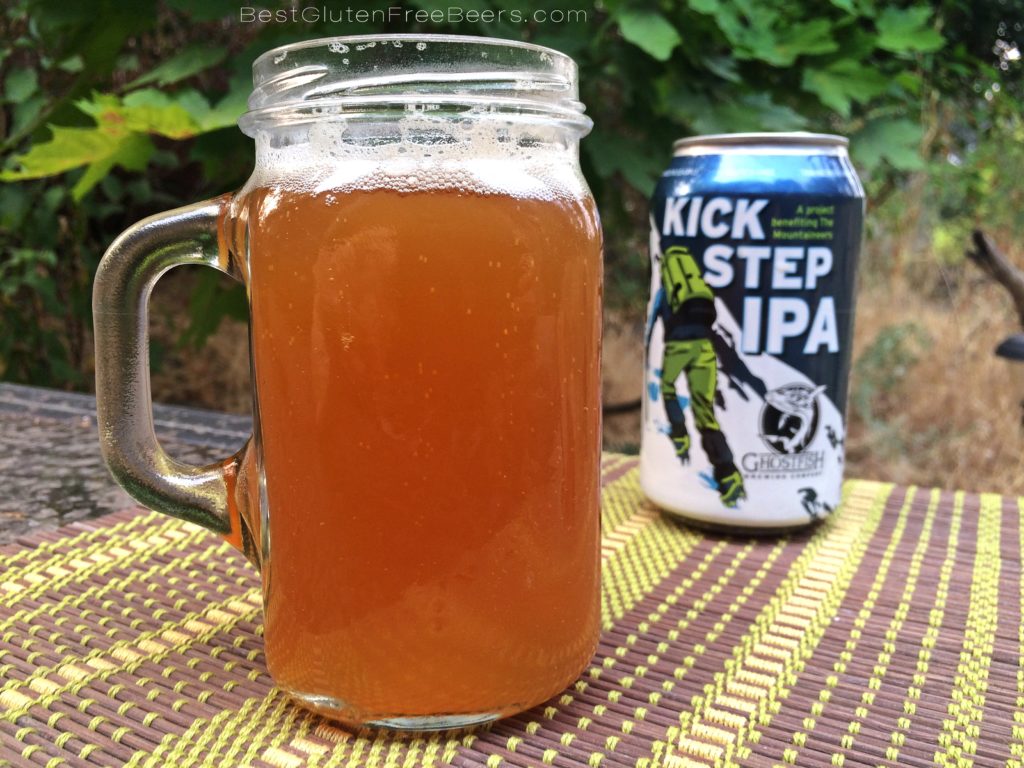 The Kick Step IPA has a cloudy goldish-orange color and a bright and fruity smell. If the pour is any indication of the carbonation levels, I would guess they are high. (Haha…see beer pour on @glutenfreebeers)

In line with Ghostfish’s style, this beer has quite the kick to it. I suppose the name is not an accident…The taste is as bright as it smells, and the bitterness lingers long. It clocks in at 60 IBU, so a little below their Grapefruit IPA, but it’s still up there. The bitterness is present from the moment it enters your mouth to long after you’ve swallowed. It’s a good thing Kick Step has the body to back up the taste. 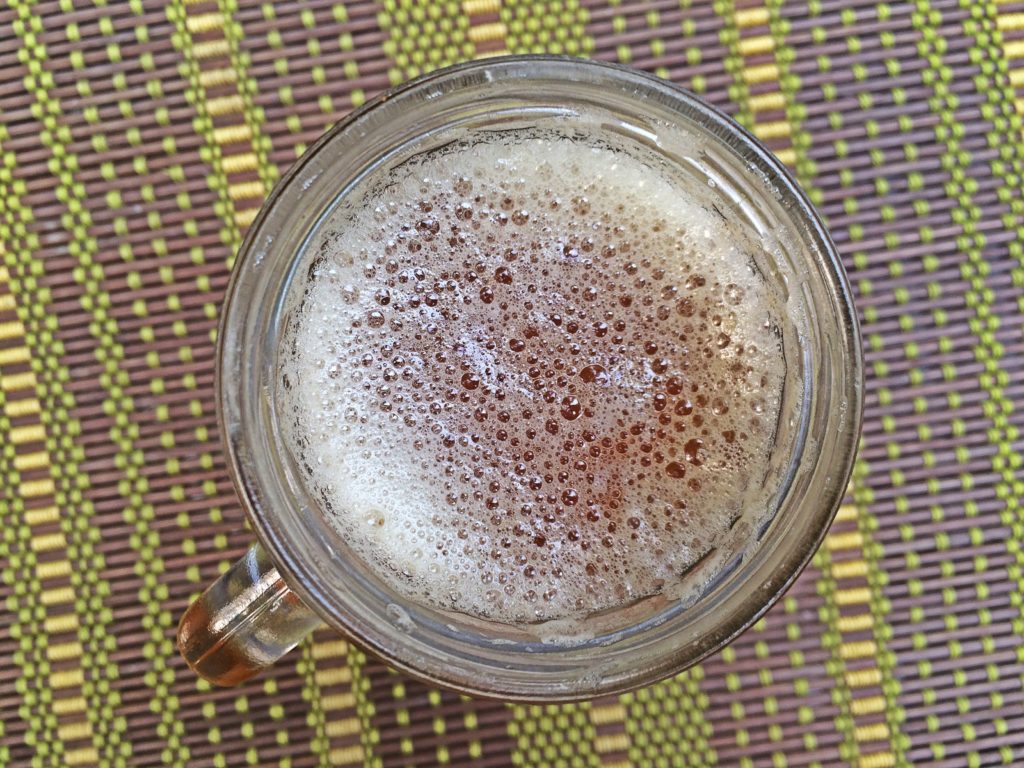 This beer is brewed with a base of malted millet and rice, and like most Ghostfish beers, uses zero sorghum. It tastes balanced, and is fairly easy drinking for a hophead such as myself. For those who approach bitter brews with caution, you might challenge me on this. It’s quenching my thirst quite nicely on this 90 degree summer evening.

This is a more classic Pacific Northwest version of a Ghostfish IPA…not quite as heavy as their Peak Buster Double, and not quite as tart as their Grapefruit IPA. This ale should satisfy the rest of the IPA-lovers out there who needed a lighter option than the Imperial. This ale has a 5.5% ABV, whereas the Peak Buster boasts a 9.5%. (…and 130 IBU!) 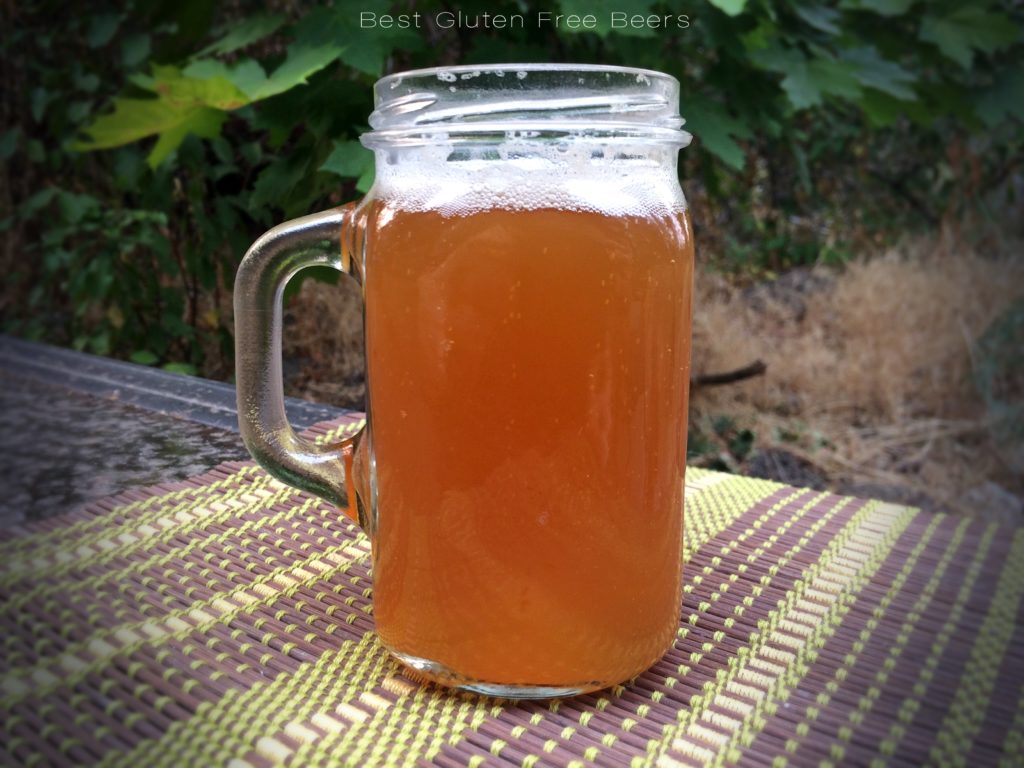 This beer is sold in 4 packs of 12 ounce cans, but if you live in the Pacific Northwest, it’s possible you could find the Kick Step IPA on draft at a local taphouse or growler fill station.