Let It Be Dark!

The Tantamount Stout. The blue label. The beer that started Evasion Brewing. Or so the bottle says. This stout claims to be rich and dark, a classic brew packed with many malty flavors.

I think I speak for many of us when I say that I am somewhat wary of gluten free stouts. Not because I don’t love a good quality stout, but rather because I’ve been disappointed many times before by GF versions that just didn’t live up to my memories of how a good stout should taste and feel on the palate. 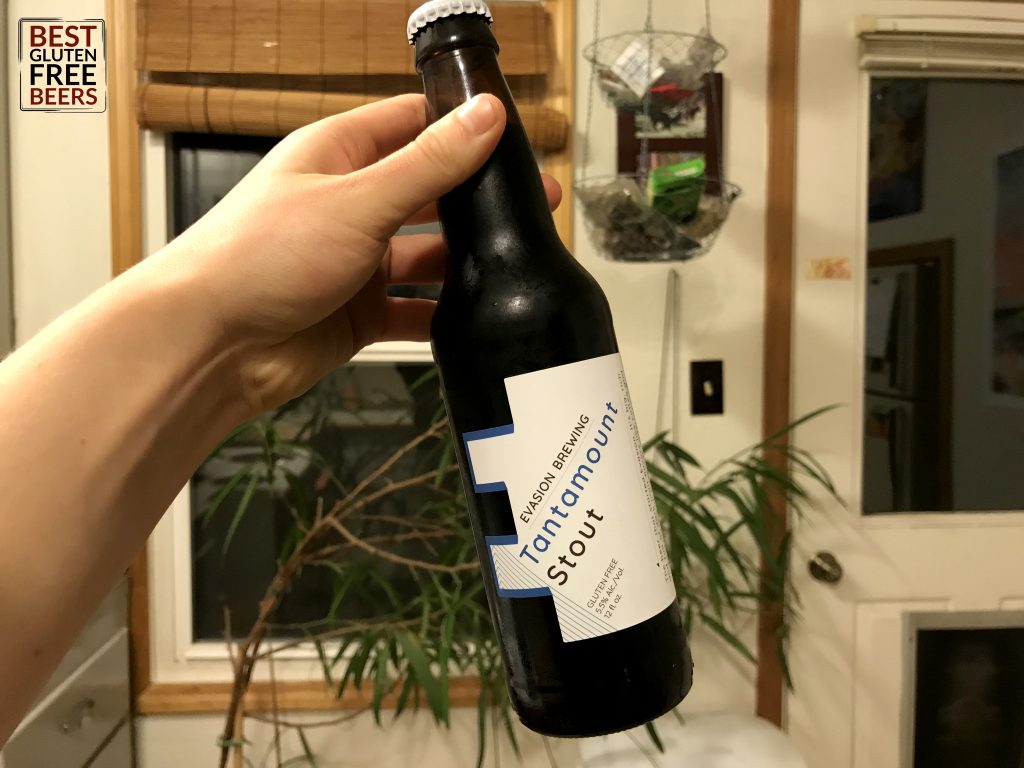 It’s because of my love and longing for a thick stout that I’m excited to bring you a brand new review for the Evasion Brewing Tantamount Stout. Let’s see if it can live up to the expectations my memories impart.

The Tantamount Stout is brewed with millet, rice, buckwheat, and certified gluten free oats. So basically the same grain sources as their IPA. It’s worth noting that many Evasion Brewing beers contain oats. They are certified gluten free, but I know that there are some gluten free drinkers out there that cannot tolerate oats–whether certified or not. Be advised if you are one of those people.

By the way, if stouts aren’t your thing, be sure to check out the reviews for Evasion’s Hophoria IPA, Blonde Ale, or Hoptensity Double IPA. 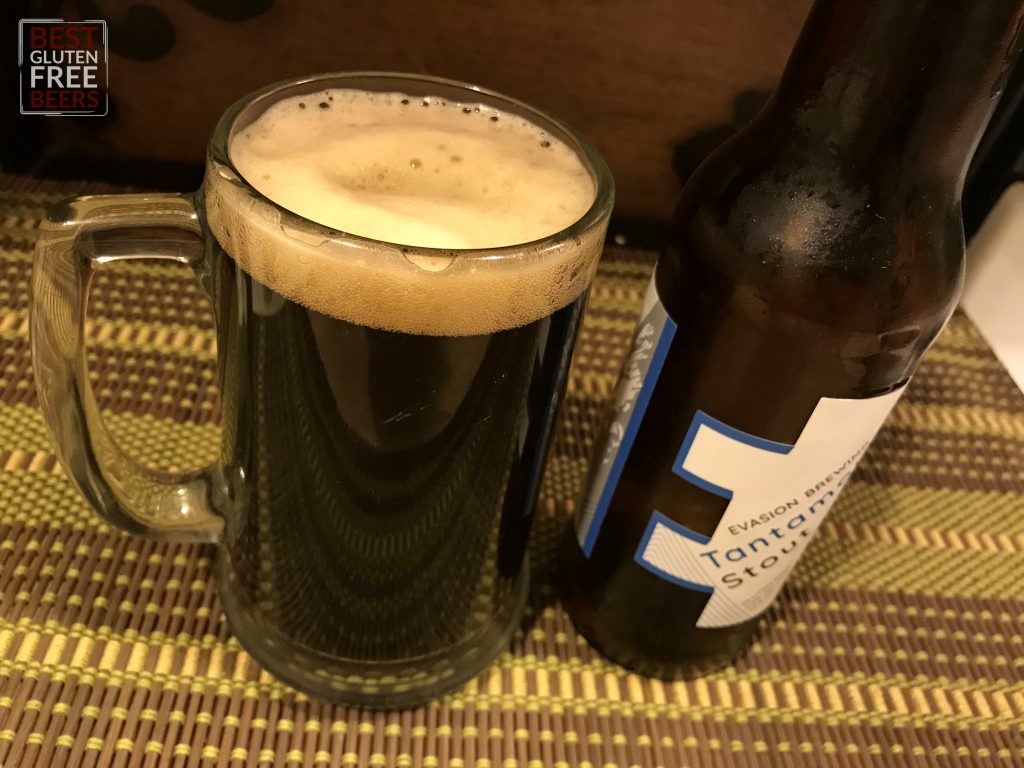 Wow. I must say…the Tantamount sure pours like a beautiful stout. It’s a deep hued dark chocolate brown. It has a thick fluffy head that condenses itself into a dense foam that stays. It smells of nuts and cacao. The Tantamount is completely opaque. Zero shapes or light making it through this brew. The lingering foam at the top of the glass looks like that of a cappuccino. It’s so beautiful, I almost don’t want to ruin it…

My first impression is that this stout is much brighter than I expected. It doesn’t taste as dense as it looks. There are certainly significant notes of coffee and chocolate as you might expect. It’s pleasantly bitter, fairly rich, and the body is full-ish…okay it’s full, but not that heavy. 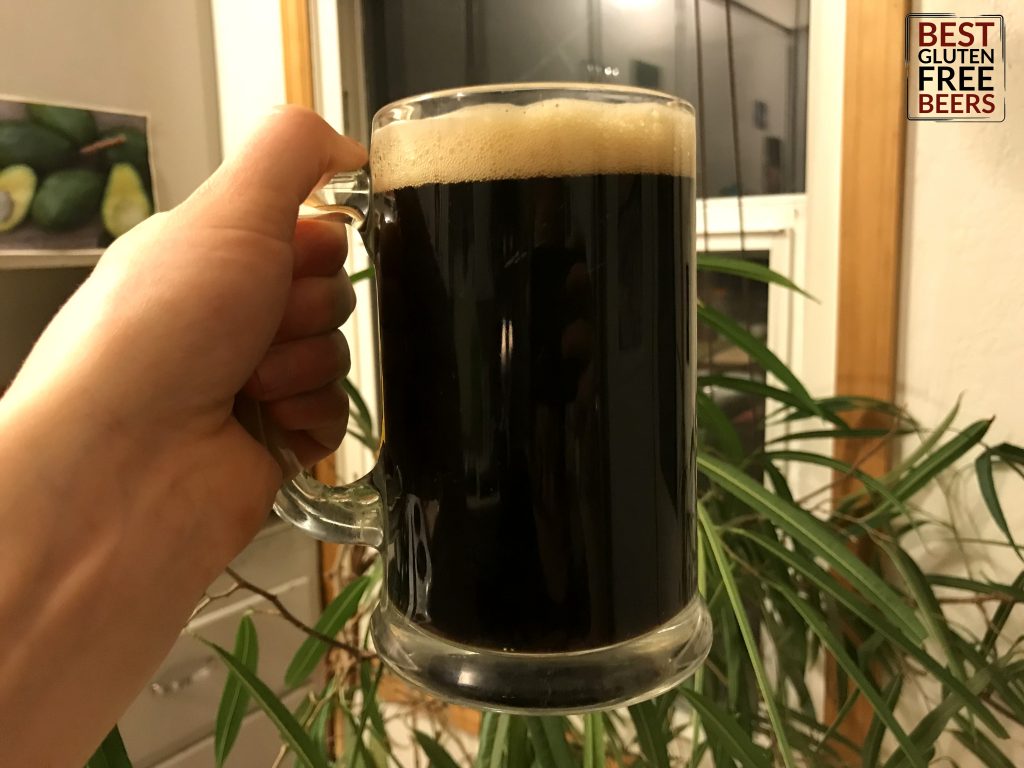 There’s something else too, and I’m having trouble putting a finger on it. The Tantamount Stout is nutty, but it’s also a bit fruity. Almost like a dark chocolate bar that contains cherries and almonds. I think that’s where the “brightness” I mentioned earlier is originating for me. I will also say that the flavors aren’t quite as toasty in this stout, which lessens the depth of those darker notes in the tasting profile. Not a complaint necessarily…more of an observation.

The Tantamount Stout is only 5.5% ABV, so while it may be the thickest style in the Evasion Brewing lineup–it’s ABV is not that high. That could be another factor contributing to the easy-drinking nature of this stout.

I’d be curious to hear what others think of this stout. I think it’s pretty good for a gluten free, and visually–it’s absolutely beautiful. I would personally love for the texture of the beer to be a bit creamier–the way the foam looked. What do you think?

Overall, I’m really excited about what’s coming out of the brewhouse over at Evasion Brewing. If you live in or happen to be traveling through Oregon, try to snag some and be sure to share your feedback.

Now…I am going to go search my cupboards for some dark chocolate to go with this stout. :)