Today we have a fun beer brewed by Evasion Brewing in McMinnville Oregon. They are a 100% dedicated gluten free facility so any beer brewed at Evasion is safe for Celiacs/Coeliacs. (Just watch out for oats if you don’t tolerate them.) The Pacific North #Blessed is a NW style IPA that is named after the region of the States that has the most dedicated gluten free breweries…the Pacific Northwest! 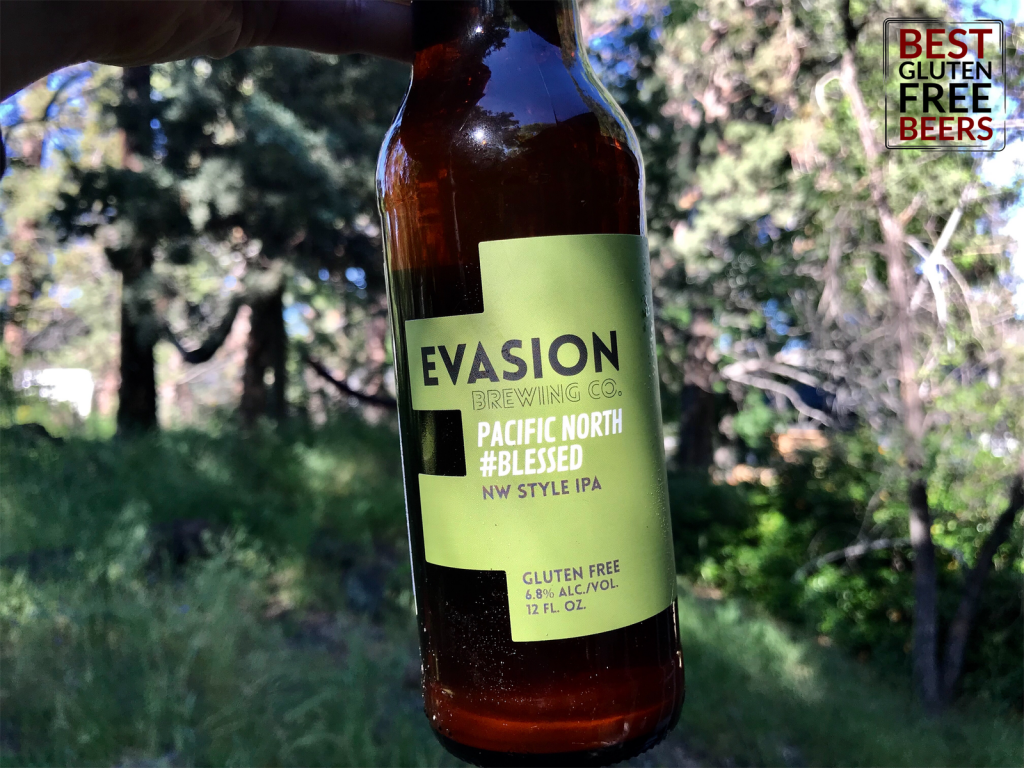 As most of you probably know by now, I am based in the heart of the Pacific Northwest so I’ve consumed my share of this style of IPA. I’m expecting a very hop heavy, citrusy ale with a dry finish. This IPA has an IBU of 65 and an ABV of 6.8%. It’s packaged in 12 ounce bottles and is sold in 4-packs.

If you’re interested in going behind-the-scenes to see where this beer was brewed, check out our (free!) brew tour of Evasion Brewing here. I made the trip to McMinnville a couple weeks ago and since you couldn’t come with me, I decided to bring the experience to you. ;) 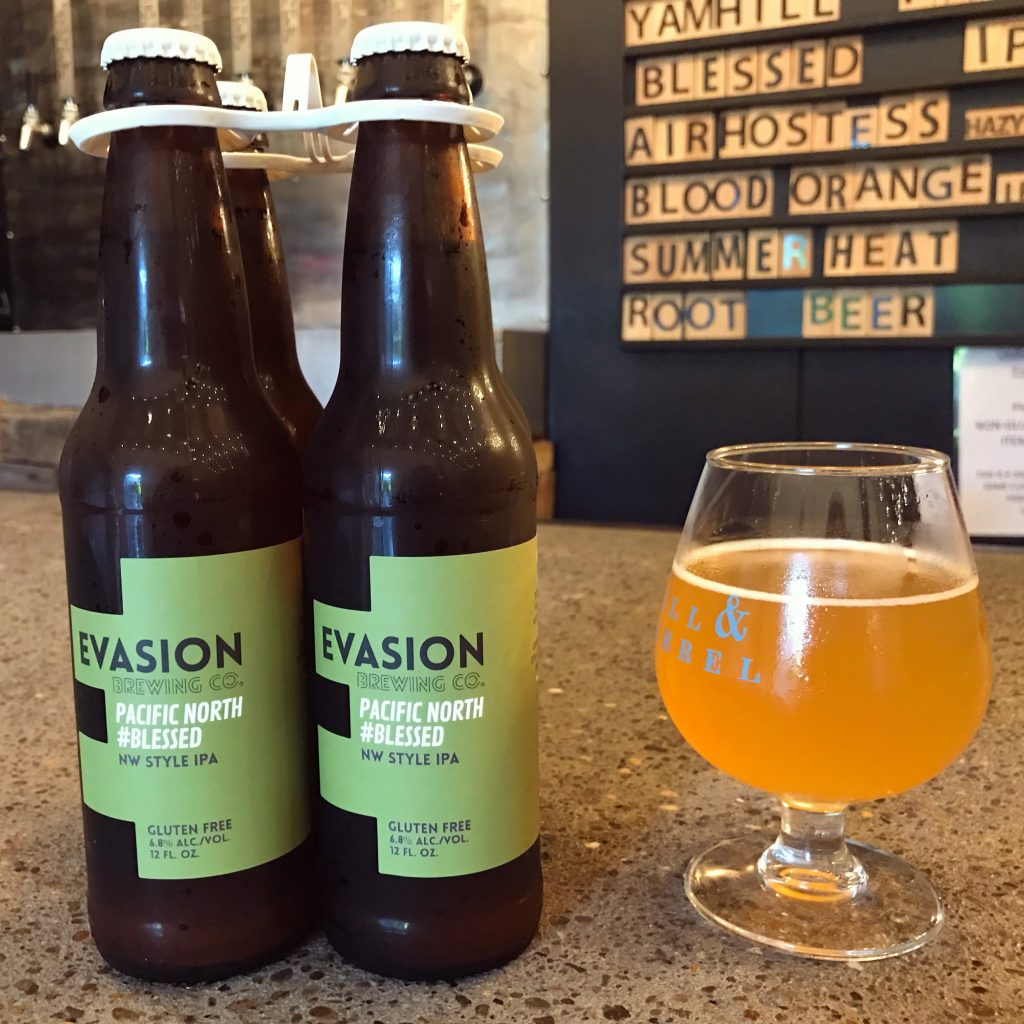 If you want to see the head of the Pacific North #Blessed IPA, best to watch the pour video because it faded very quickly. I wasn’t able to capture it in the photos. This IPA has a honey gold color that turns into a vibrant hue of apricot when held up to the light. It’s not perfectly clear, it has a light haze to it.

The nose is incredibly hop-rich with notes of citrus and lots of pine. It smells clean and sharp, much like I expected the beer to taste. The flavor is unsurprisingly hop forward. But when I say hop forward, I mean in both taste and texture. It is bitter from the very beginning and that quality stays with you long after the swallow. It’s also very dry from start to finish.

The malt bill of the Pacific North #Blessed IPA includes millet, buckwheat, rice, and oats (certified gluten free, of course). I’m a bit surprised that the buckwheat didn’t present a bit more head, but it does impart that gentle earthy quality behind the hop flavors. 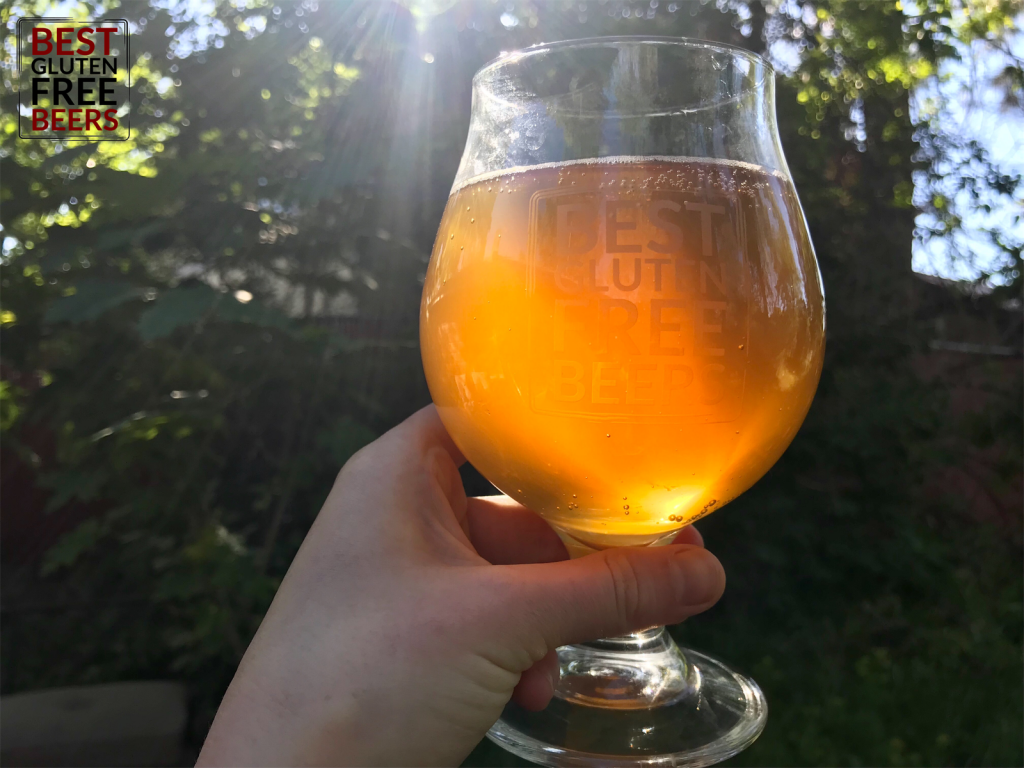 This IPA has a strong taste but a light-ish mouthfeel, despite containing both buckwheat and oats. I suspect the body contributed by those grains was especially helpful in supporting the weight of the hop profile.

While we’re on the topic…Evasion sure pulled out all the hops for this one! It has a whopping 5 varieties that are common in PNW style IPAs. Colombus, Amarillo, Cascade, Citra, and Centennial hops. They create a symphony of woodsy pine and tangy grapefruit on the palate, with plenty of palate punching bitterness. 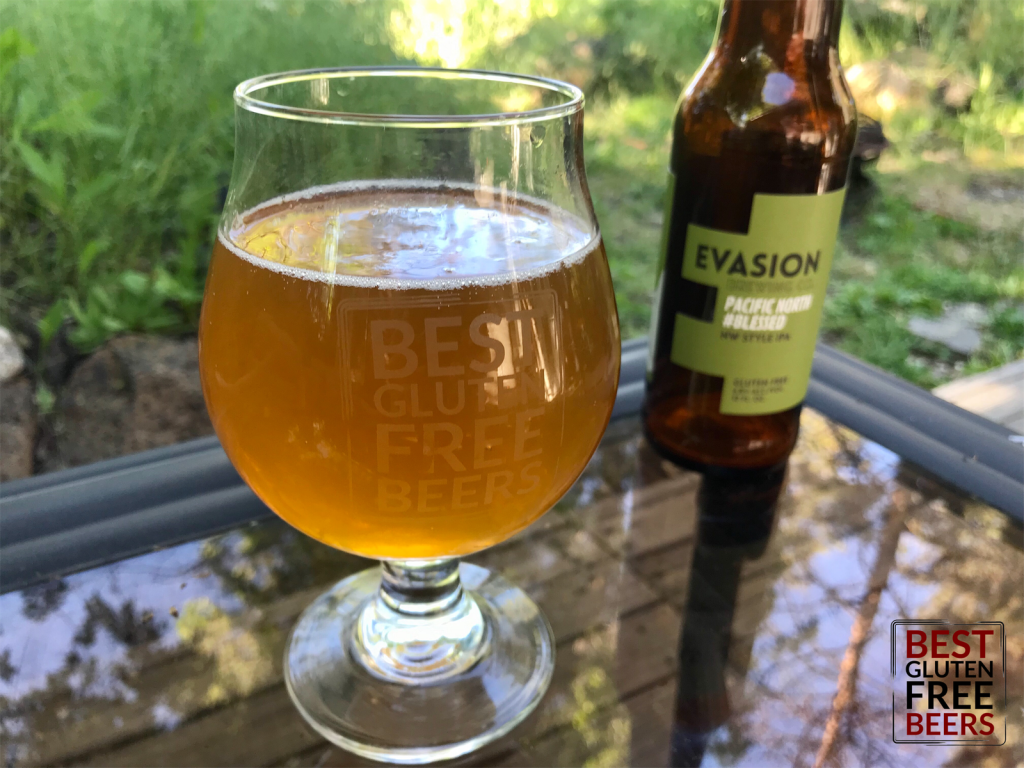 The ABV is on the higher end of the 6% range, so you can enjoy a nice buzz off of a bottle or two. It’s a great early evening beer to take the edge off of a busy day. In a nutshell, I’d say the Pacific North #Blessed IPA has a lot to say. It’s not for the fair-weathered IPA drinkers. It’s for the PNW craft brew hop heads that like their beer to talk back. But as you know, bitter is my jam–so no complaints here!

I have more mouthwatering reviews coming for Evasion Brewing beers in the coming weeks, so be sure to keep your eyes peeled. And don’t forget to check out those brewery tours!