Time To Break Out The Imperial Honey

Today we take a closer look (and taste) of the special release Hoptensity Double IPA by Evasion Brewing, a beer brewed with carrot blossom honey. Anyone who’s been on this blog for longer than two minutes has probably gathered that I am an IPA freak. I know…a west coast-based IPA freak…how original.

But I don’t care. I love them. And I will forever be intrigued by expectation-building names like “Hoptensity”. Bring on the hops! This is the third Evasion Brewing beer to be reviewed on this blog. If you missed the others, be sure to check the out after you make it through this review. You can find reviews for the Evasion Blonde Ale and the Hophoria IPA in past articles.

The Hoptensity Double IPA is brewed with millet, rice, certified gluten free oats, and buckwheat. Although, the buckwheat is listed curiously late in the ingredient list on this particular brew, separated from the rest of the grain bill, and I’m not sure why. Perhaps they used much less buckwheat? Although, it’s listed second to last, right next to yeast. [shrug]  This special release beer was also brewed with Carrot Blossom Honey, Mosaic, and Amarillo hops.

The Hoptensity poured with a rich amber hue and a HUGE head! You’ll have to take my word for it or watch the beer pour on Instagram though, because by the time I got around to snapping these pictures, the foam had retreated significantly. 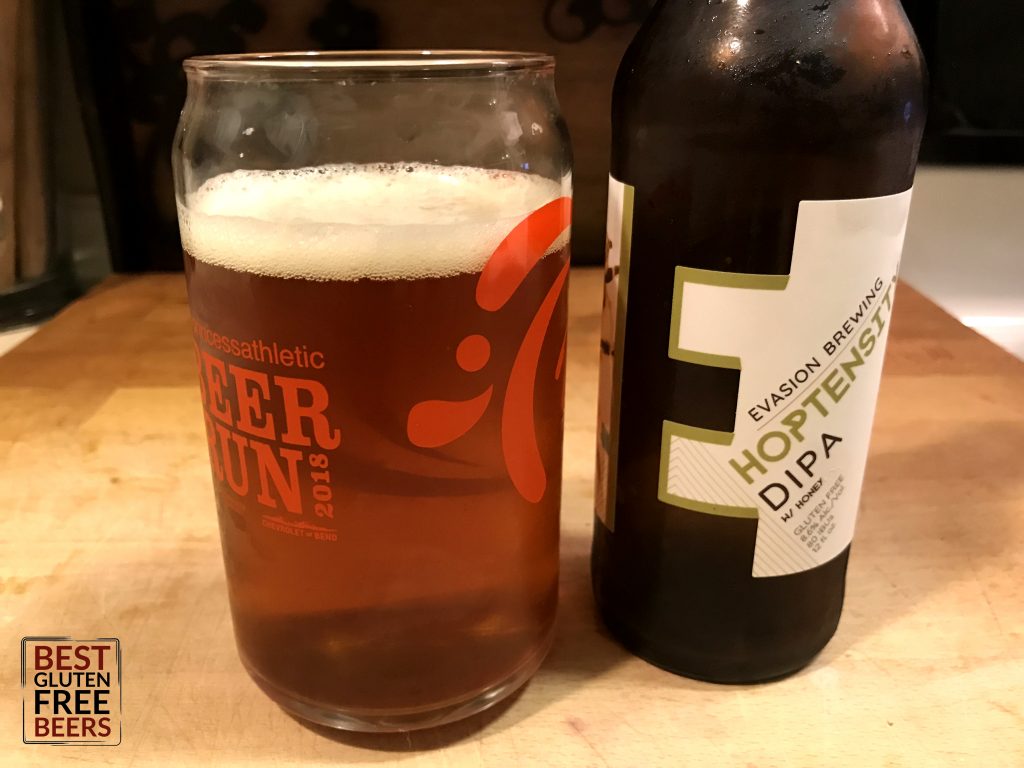 I can immediately detect the Mosaic hops in the aroma. I’m having a love affair with Mosaic hops this season and they’re fruity quality struck me first. There’s also a slight spice that I think is coming from the Amarillo hops.

The taste of this Hoptensity Double IPA mimics the aroma greatly. It’s a thick Imperial with sweet notes of carmel, honey, spicy fruit, and a bitterness that is well balanced by the thicker body of the beer. The initial onset of flavors it quite complex and boisterous. It lingers in the throat the way a 8.6% ABV Double IPA would. That it is to say, it’s not necessarily easy drinking. There’s a lot going on with this one. It demands your attention like a dessert. 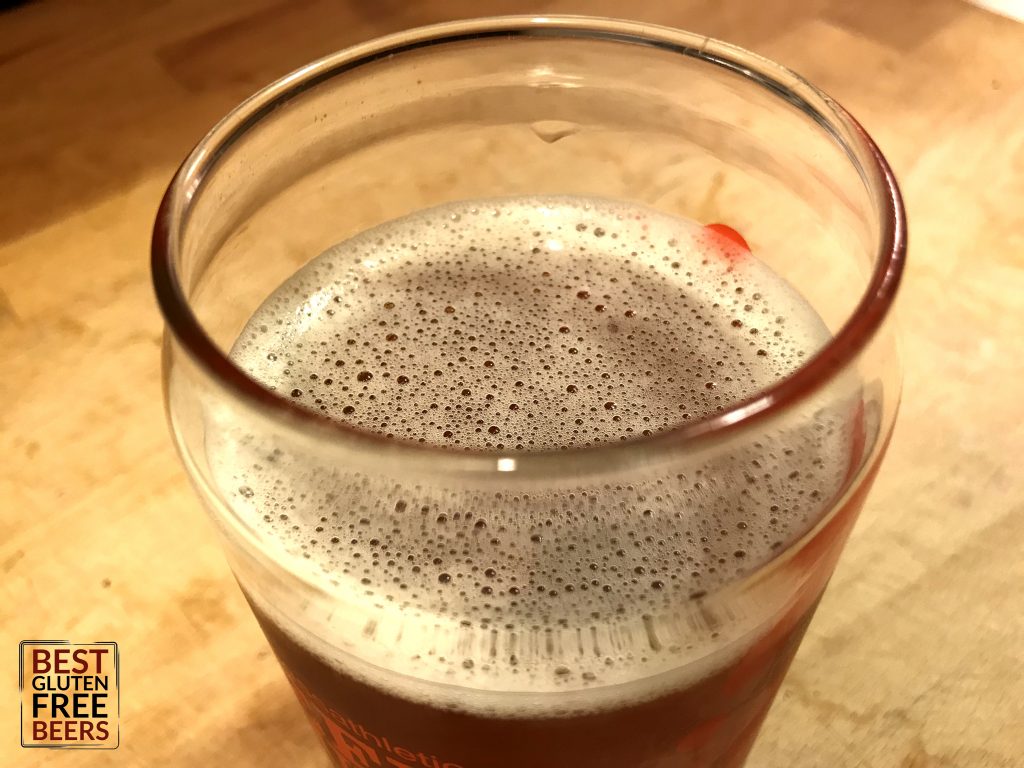 I like that it’s packaged in a 12 oz bottle. Often when I buy a Double IPA, it’s sold in a 22 bomber. Conquering 22 ounces of a 9% beer is no easy feat, especially if you’re starting late in the evening after a long day of work. I do like having the option of a smaller version of a big beer. It allows me to be more impulsive with my choice to consume it–instead of making sure I’m truly ready for the commitment.

Perhaps this is never a problem for those of you who have beer drinkers as significant others or roommates, but I live alone and my partner can’t stand beer. So when I open a 22–it’s all me. For the record, not complaining.

Back to this big beer. It’s quite sweet. Be ready for that. The sweetness combined with the thick body makes it a very rich brew. I wouldn’t drink it daily, but it’s serving as a perfect dessert for me tonight! 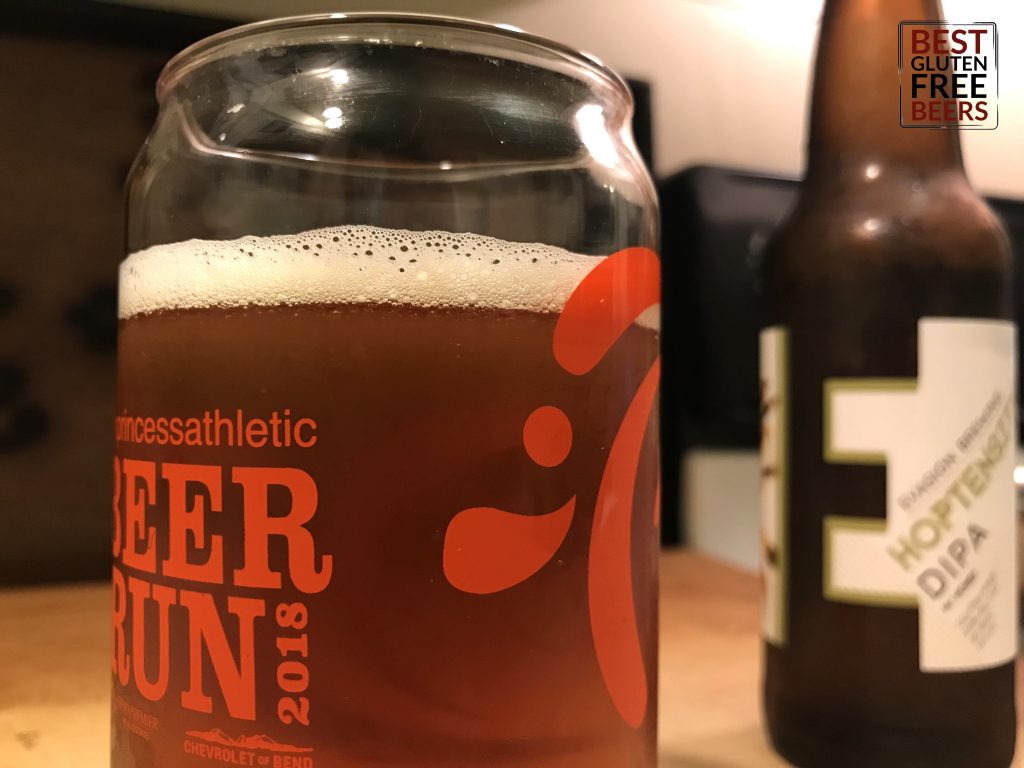 If you’ve had the pleasure of sampling the Hoptensity Double IPA or any of the other Evasion Brewing beers, I’d love to hear from you! Comment your thoughts below, or shoot me a message if you’d rather have a one-on-one conversation.

Evasion Brewing doesn’t distribute very far yet, but I’m hoping that changes! I love supporting these breweries that are doing it right, dedicating their facility, and brewing up challenging big bodied beers for their gluten free customers. We need to stand behind every one of them, no matter how big or how small!