I am thrilled to bring you Best Gluten Free Beer’s very first review of Evasion Brewing. For those of you unfamiliar, Evasion Brewing is the newest addition to Oregon’s growing list of dedicated gluten free breweries. Evasion makes number four. Yes, I do know how lucky I am. 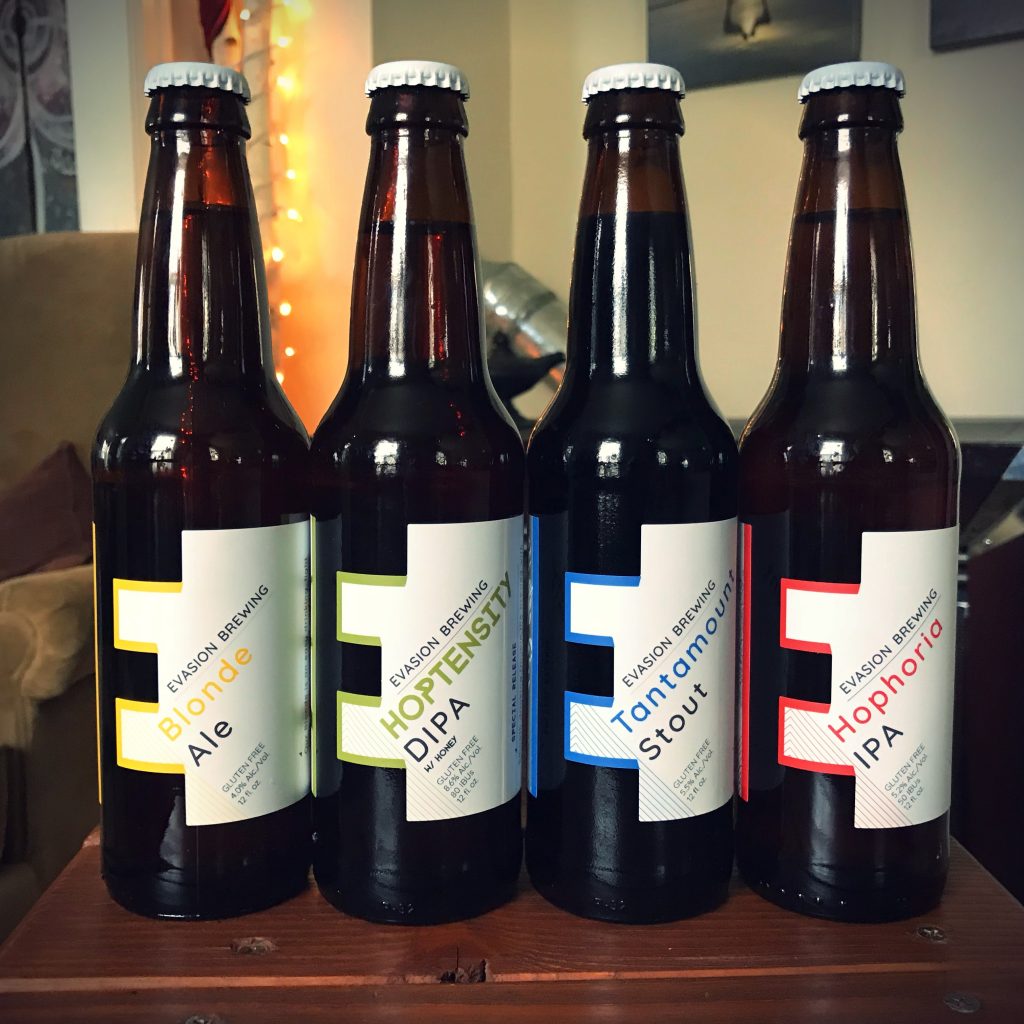 They are based in McMinnville, Oregon and use exclusively gluten free ingredients in their brewing process. As of writing, there are only 10 dedicated gluten free breweries in the States, and Evasion is one of the newest.

Their beers are packaged in 12 oz. bottles and bare a simple–yet striking label. Today we will be taking a look at the Hophoria IPA (the red one), a 5.2% ABV India Pale Ale that clocks in at 50 IBUs. The Hophoria contains millet, rice, buckwheat, and certified gluten free oats. Those who cannot tolerate oats (even GF ones) will have to avoid this beer, but no need to worry about contamination. I’m quite excited about this one, as I tend to really like beers brewed with buckwheat. 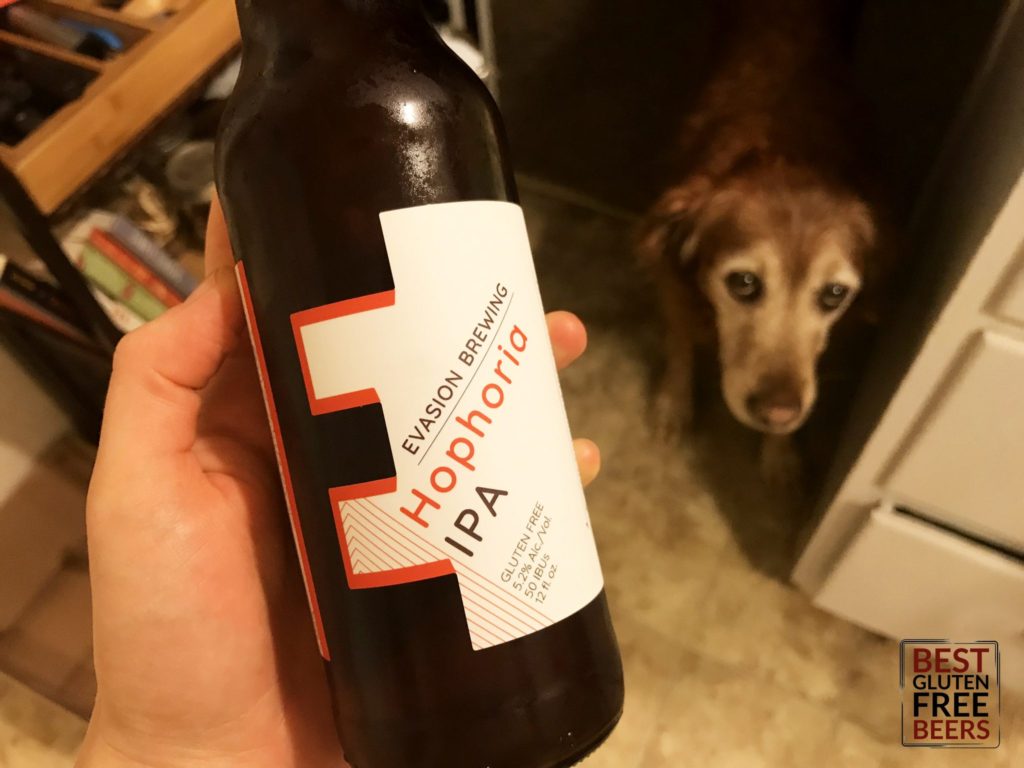 The Evasion Brewing Hophoria IPA pours with a nice head and a bronzed orange color. The hop aroma of this beer is wonderful. I take it we can thank the blend of Mosaic and Citra hops for that quality. I absolutely love the characteristics of those two hop varieties. The Hophoria is certainly a very aromatic beer. 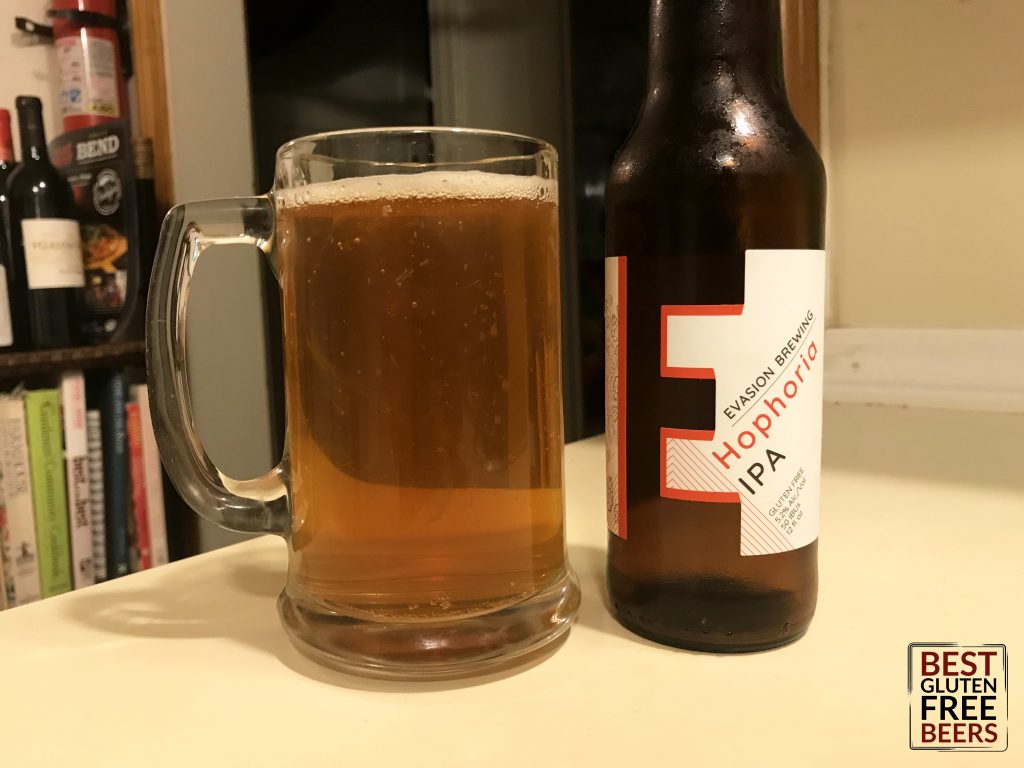 My first taste produced an initial reaction of mild surprise. It’s a very malt-forward IPA, but not in a heavy way. Like many Citra hopped brews, this one is quite citrusy. There’s a significant tropical presence, probably from both hops, but I’ve always found the Mosiacs particularly heavy in tropical notes. The front-end bitterness is mild and the body is soft. To be honest, I’m a little surprised at how light it tastes on the front of the palate. 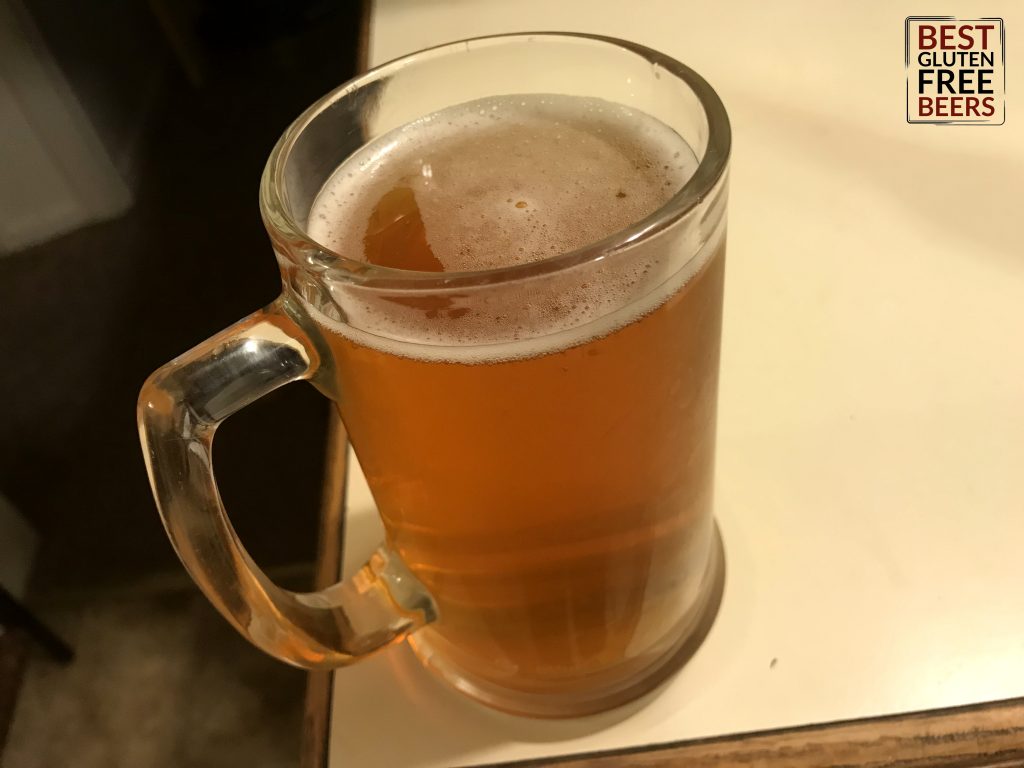 The carbonation level of this beer is quite mild as well, which I believe lends to the softness of it’s texture. That didn’t stop it from forming a head during the pour though. If you want to see that pour with your own eyes, be sure to check out the video on Instagram @glutenfreebeers.

I’m also happy to report that this is not the only Evasion Brewing beer on the review calendar in the coming weeks. Stay tuned for more fresh brew reviews from one of the newest gluten free breweries in the States!

Have you missed out on any of our recent reviews? Grab a cold one, and play catch-up with these fresh pours…

Or perhaps you’re on the hungry side…