Today I’m sharing a beer that I found in a gluten free Fish and Chips Shop in Barcelona, Spain. It’s called Espiga Blonde Ale. It was presented to me as one of two gluten free offerings the dedicated gluten free restaurant had on the menu. The second was Estrella Galicia, which he didn’t have in stock at the moment. But he was proud to show off this one, as it is brewed locally in Barcelona.

When I asked whether it was brewed with gluten ingredients, with the gluten removed afterwards (known as gluten reduced in the U.S.) he said no, that it was totally gluten free. My Spanish is questionable and my Catalan is non-existent, so I’m sure I did not ask this question very well. But I will tell you that upon first glance at the ingredients I quickly recognized it as a gluten reduced brew, since it does contain malted barley, right alongside the “Sin Gluten” label, which means “without gluten” in Español.

This answer of his did not surprise me though, as I’ve already been warned that truly gluten free beer doesn’t really exist in Spain. In fact, it hardly exists in Europe. He’s likely unaware of the enzyme process, or the “low protein barley” some European breweries claim is safe for Coeliacs. I only know of a couple breweries in Europe that brew gluten free by U.S. standards. 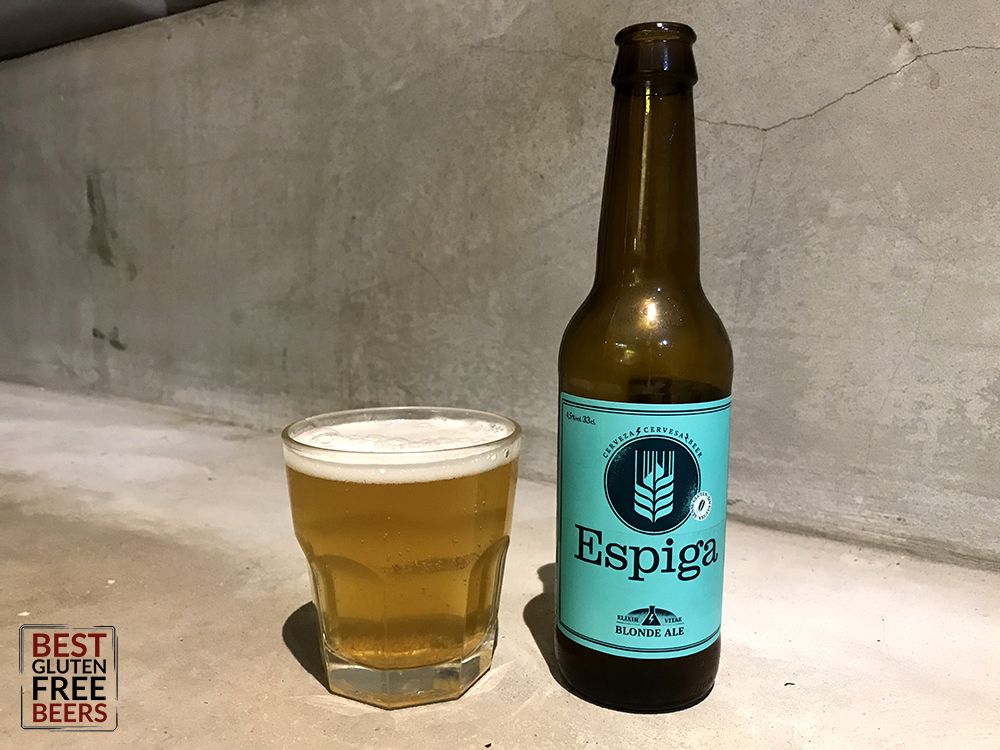 The European Celiac/Coeliac community drinks gluten reduced beers regularly, many of them (but not all!) claiming no reaction to the trace amount of gluten. I have received messages from readers in the UK that are quite frustrated with this labeling standard. And I must say it’s pretty shocking here in Spain where they seem to have a phenomenal grasp on food labeling. My food experience here has been fantastic so far. Gluten free options and restaurants are very accessible.

Let’s give it a try, shall we? 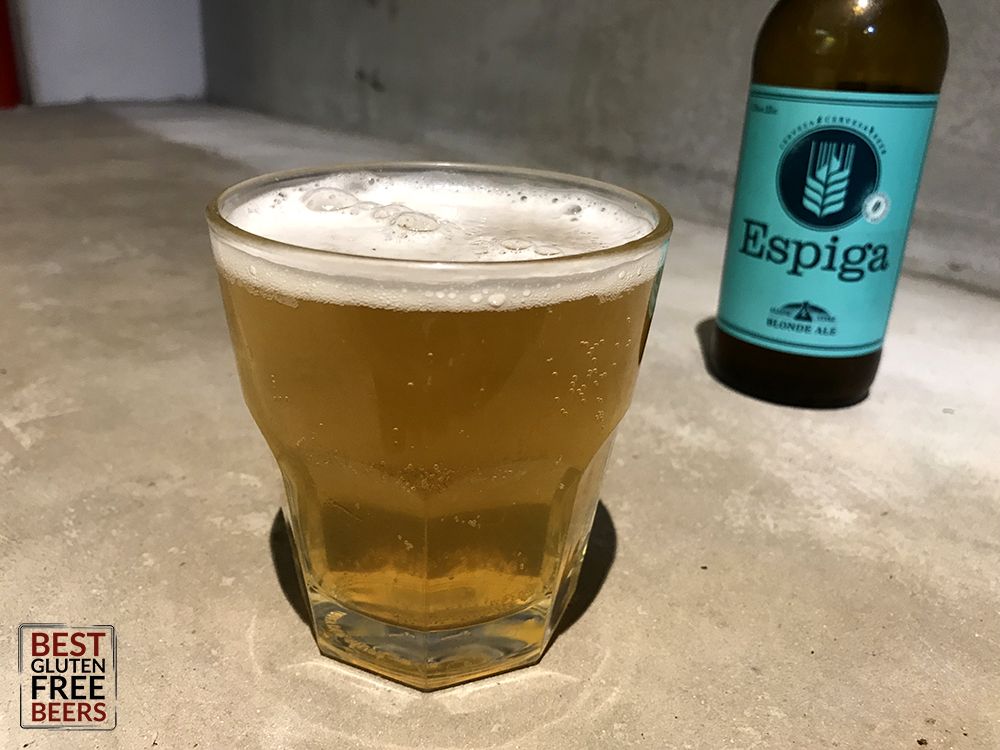 The first thing I noticed during the pour was the incredible aroma coming off this beer. It smells like a citrus hop bomb. It smells absolutely amazing. It doesn’t even seem to matter that I poured it into a non-beer glass. (Don’t judge me…It was the only glassware I could find in the hostel I’m staying at! ? See how dedicated I am?)

To be honest, I started to catch fruity whiffs of this brew the second I popped open the bottle. (Which I did with a lighter, because I was too lazy to search the hostel kitchen for a bottle opener.) The Espiga Blonde Ale pours a crystal clear golden hue with a mild head. The head disappears quickly, but small bubbles still hug the rim of the glass afterwards.

You can see these details in the beer pour video, and if you’re watching the full real-time pour with sound on Patreon, I must apologize for the background noise. Apparently some people don’t know how to shut a door without slamming it…several times. There was a student quietly studying beside me that was equally irritated. Anyway…

Shockingly, the taste doesn’t match the aroma whatsoever. It’s kind of crazy actually. The Espiga Blonde Ale is quite dry and I hesitate to say it, but rather dull in flavor. I expected it to be bright and citrusy like its aroma, but instead I found the fruitiness somewhat heavy with damp tropical notes. Bold flavors of guava and grape. The fruit fades quickly though. 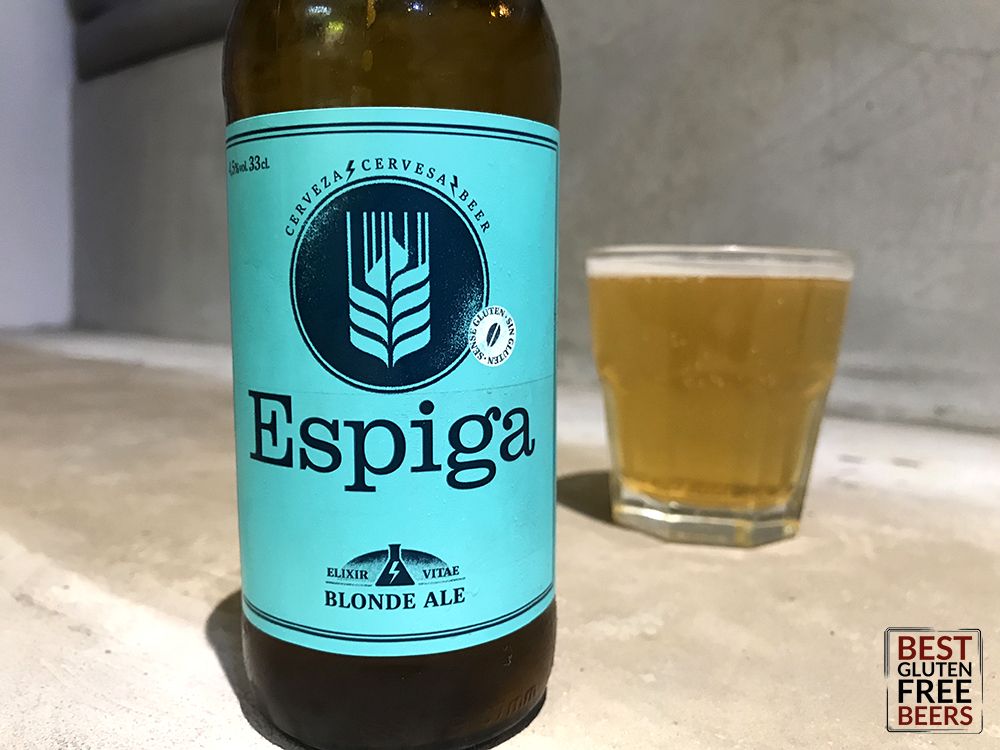 It’s much more bitter than I would have expected for the style and the mouthfeel is more similar to a pale ale than a blonde. It’s bitterness coats the mouth the way an IPA does, but it’s not bright or sharp like an pale or IPA, which makes the bitterness a bit surprising. There’s more texture than flavor, which is really throwing me off. I find myself longing for the citrus forward aroma in the flavor too.

It has that same sort of onset that a warm blonde ale might have on the palate. Dulled. Just not quite as refreshing as it wants to be. Perhaps a little more carbonation would improve the tasting experience. I’d question the freshness of the hops, but they’re certainly alive and well in the context of the aroma. Perhaps the hop profile lent more heavily to smell than the taste.

This doesn’t quite make sense to me though as the hop profile consists of Mosaic, Citra and Cascade. Three hop varieties I am VERY familiar with in the U.S. But I’m used to tasting them alongside the aroma. 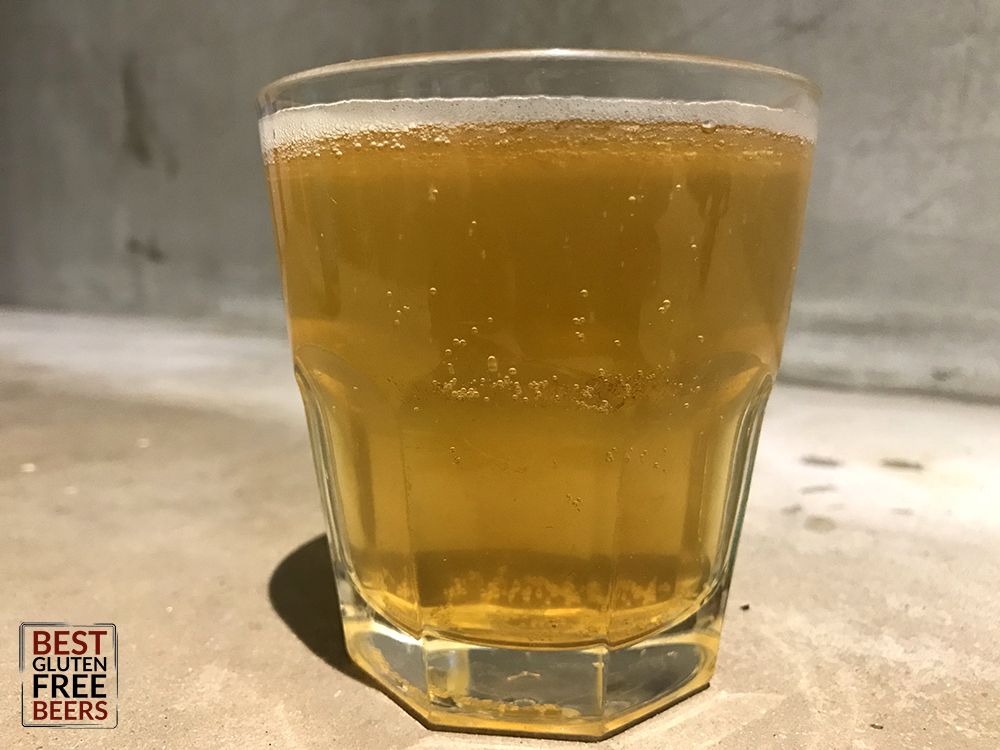 The Espiga Blonde Ale is beautiful and smells incredible, but the taste has left me unimpressed. So I took a look at the back of the bottle at the recommended consumption temperature. 10 degrees Celsius, which translates to 50 degrees Fahrenheit. I tasted this fresh out of the fridge, which I believe was well below 50 degrees. So I let it sit out for awhile and came back to it.

Turns out, it is MUCH more balanced and the taste is much less abrasive when enjoyed at the suggested temperature. I must say, it changes the experience quite a bit. Everything was either too sharp or too dull when it was colder. But the warming brought balance to this brew. I still wouldn’t write home about the flavor, and it doesn’t much taste like a blonde ale to me, but it’s much more palatable in at the recommended temperature.

Do keep in mind though, this beer (by U.S. standards) is gluten reduced. It’s not clear to me whether they use an enzyme or brew with that “low protein barley” as I can’t find specific information about it’s gluten free claims online. I will return to update this post if I receive more information though.