This is the Third Contact IPA, brewed by Divine Science Brewing in Southern California. Divine Science is brand new brewery and while they’re currently contract brewers (meaning they brew their beer on another brewery’s equipment), they hope to grow into their own dedicated gluten free facility as soon as possible. 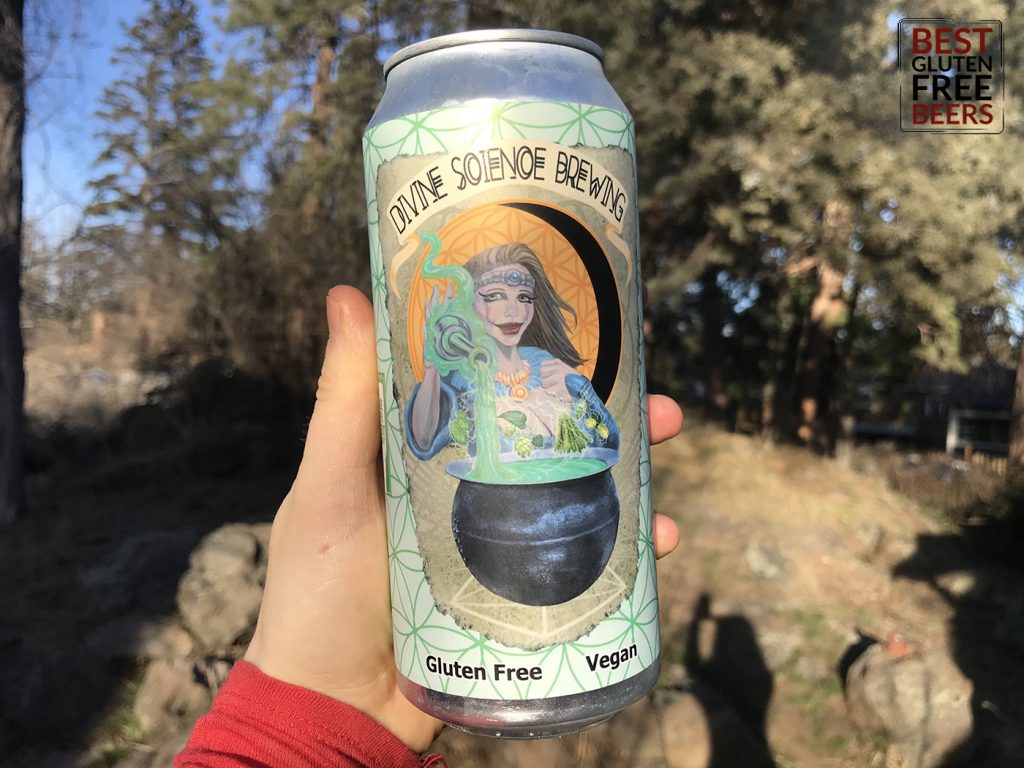 I first tried this beer at the Gluten Free Homebrew Club anniversary party at the end of January, but as you could tell from the interviews I’ve already released, there was a fair amount of palate fatigue in the room. I’ve tried this beer a couple times since, and the video and photos attached to this review now reflect the most recent pour (their fully branded canned Third Contact IPA).

Divine Science was founded by a husband and wife duo named Bob and Domoníc. I had the opportunity to interview them at the party, and I’ve already released several segments of that Q + A through Facebook and Patreon.

The Third Contact IPA pours with a light cloud and a lively gold color. It has a beautiful head, which is an upgrade, because the first time I poured this beer, there wasn’t much of one. The beautiful color and generous head makes the beer pour a pleasure to watch. 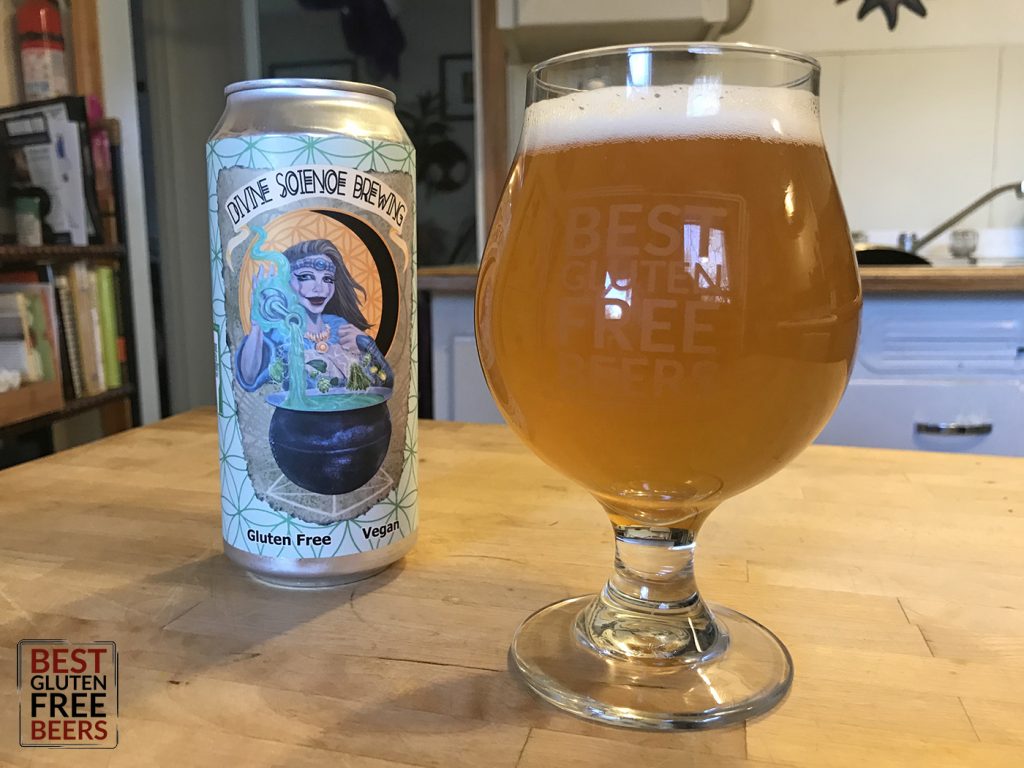 By the way, I shot a brewer’s beer pour for Third Contact IPA when I interviewed them at the anniversary party. A brewer’s beer pour is when the brewer themselves pour their beer and discuss their creation on camera. The video is available to Best Gluten Free Beers patrons (pint-size and up!). There’s also a silent, sped-up version of my pour posted to Instagram and YouTube as usual.

The Third Contact IPA triggers memories of a classic Pacific Northwest IPA. It smells bright and citrusy. The hops are showcased from the very beginning of the tasting experience, but not in an abrasive way. Their intensity grows gradually after the swallow. This beer is crisp and dry, very fruity throughout but with an added resigny quality on the back end.

The carbonation is perfect in my opinion, and lends to the texture of the tasting experience. This beer has a medium body with a very pleasant mouthfeel that kind of sets up camp when consumed solo, but isn’t overpowering when enjoyed with food either. 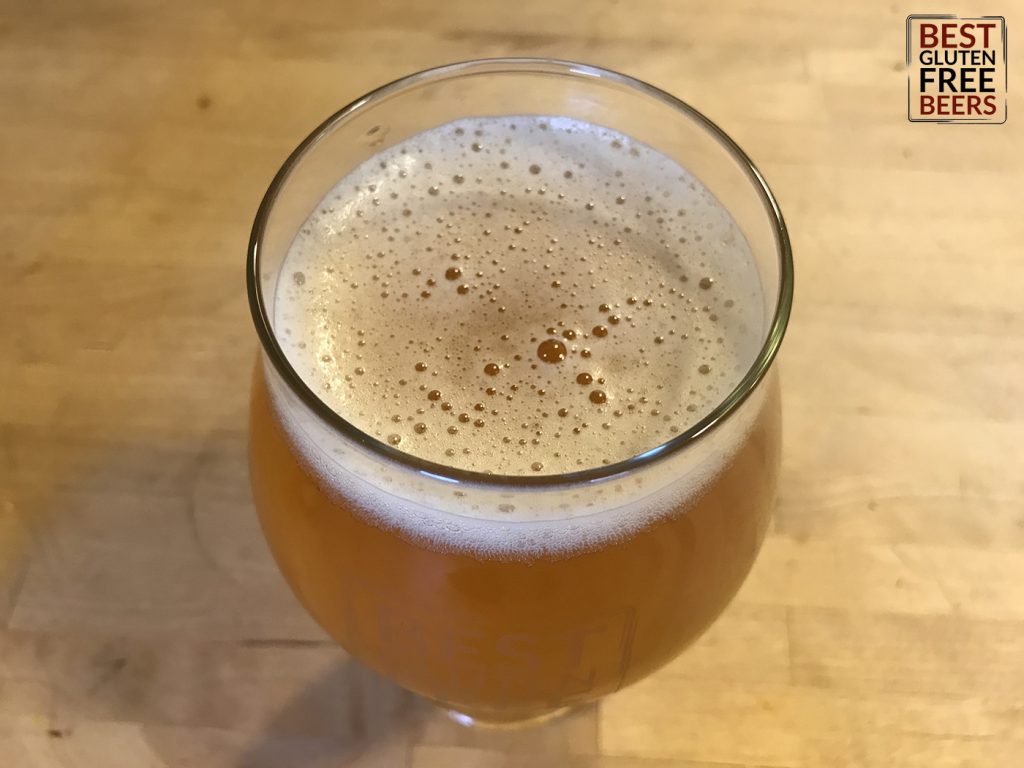 This could easily be a daily go-to IPA for me. It’s not overly dominating, and could pair well with many things, but it’s certainly not boring either. It’s complex and very clean. I’d say it’s an excellent start to Divine Science Brewing’s flagship lineup. And I LOVE the beer’s name… 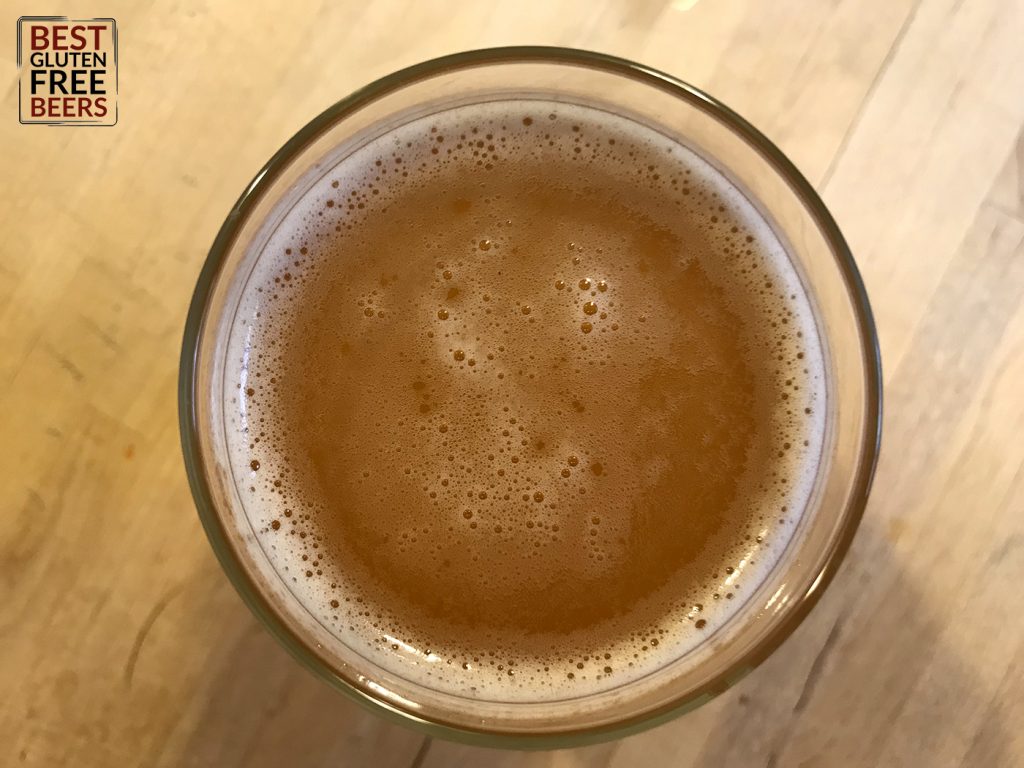 Owners Bob and Dominíc had a fun story to share about the naming of this beer, and if you’d like to hear them walk you through the name’s significance, be sure to check out the brewer’s beer pour I mentioned earlier.

If you’d like to learn more about where to buy Divine Science beers, check out this interview clip about their draft availability. You’ll be excited to learn that they have recently secured a contract with Disney too!

Stay tuned for more from this exciting new brewery in the gluten free scene. I look forward to the day when they can move into their own space and join the dedicated gluten free brewery list. I know that’s their trajectory. And while we’re waiting, care to venture a guess what style they’ll add to their lineup next?  (EDIT: Stay tuned for their most recent flagship release! Review coming soon…)