The Daura Damm is a gluten reduced beer that claims to be under 6ppm after using an enzyme to reduce the gluten content. This beer is produced in Spain, more specifically in Barcelona and is distributed widely across Europe and the USA.

To be clear, this beer is brewed on a base of barley and rice, and whether it’s below 6ppm or not, it is important to note that this beer may not be safe for you if you have Celiac Disease. There are certainly people with Celiac drinking it around the word, but I encourage you to assess your own risk and make the choice that’s right for you.

The Daura Damm is marketed as a 5.4% ABV traditional lager. I’m happy to report that in bold letters on the top label, it reads “Crafted to Remove Gluten”, which is the legal requirement in the USA for all gluten reduced beers. I’m thrilled to see this beer labeled correctly, as not all imported beers are.

The labeling laws are different in Europe, allowing brewers to slap a gluten free label on gluten reduced beers…so long as it’s below 10-20ppm. I’ve never cared for that oversight. I find it misinforms the consumer and puts Celiacs at risk. There is certainly a market for gluten reduced beers out there, but I feel it’s made up of those who choose to avoid gluten and perhaps don’t have an auto immune disease triggered by it. 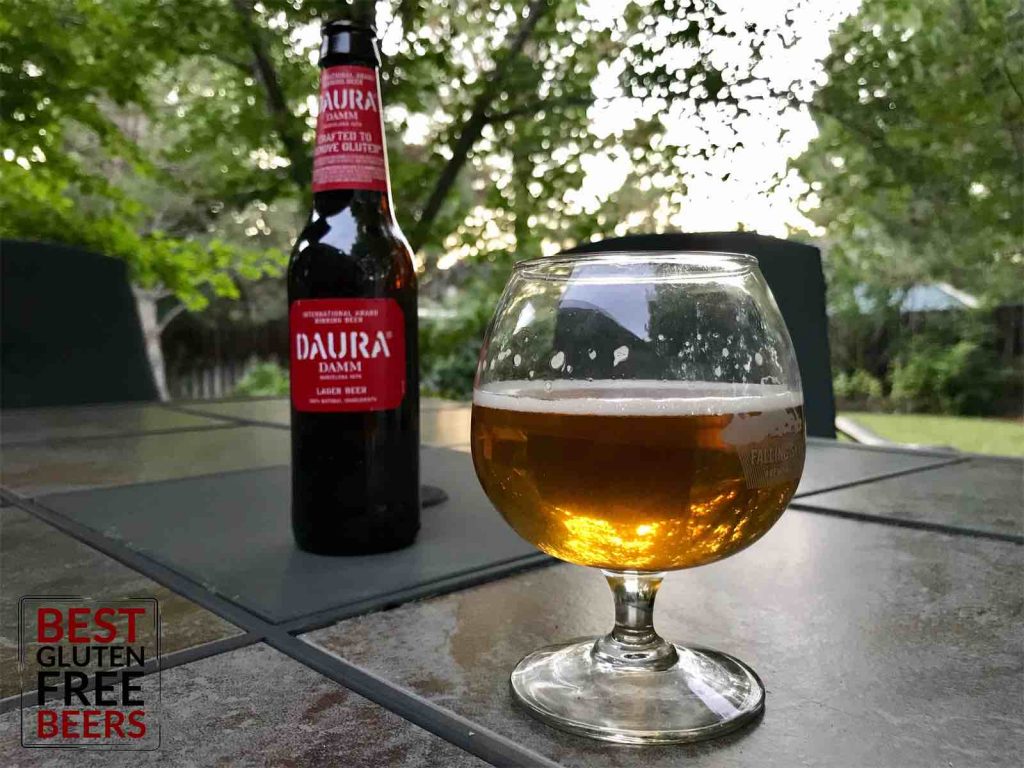 After all, many people–not just Celiacs–feel WAY better when minimizing their gluten intake. It can be inflammatory and it becomes harder to digest with each year that passes, thanks in part to unsustainable farming practices and monocultures in our food system.

When poured with natural light behind it, the Daura Damm has a canary gold hue, which appears as a darker gold in low light, and richer yellow in bright light. It poured with a nice rocky head which took its sweet time bubbling away.

[EDIT: Holy head batman. After pouring this beer the second time (tall glass), I left it on the counter while I went to walk my dog. (I usually only take a few sips when I taste a gluten reduced beer because…this.) But when I got back from my walk–a full hour after I originally poured it–there was still a foamy head perched on the top of the beer. What?! I guess I’m not used to this after consuming mostly gluten free beers over the last 8-9 years.]

As my nose approached the rim of the glass, I got an instant waft of what I would describe as a non-craft lager. That somewhat generic lager smell that certainly packs some malt character to it. It also has a bit of spice present on the nose. My friend Randy likened it to a German Pilsner-style aroma. I had a slightly different take…

Now…I really don’t know how to say this in an unoffensive way, but when I took my first big sniff, all I could think about was airplanes. Something in the aroma reminded me of a scent that you often find on airplanes, perhaps a scent coming from a cleaner or a freshener. I would classify it as a perfumy quality.

The taste doesn’t necessarily mirror this quality. It has a spicy and somewhat warm flavor profile. It’s on the medium end of a light body and pretty heavily carbonated, which I like. The head is still hanging around and seems to show no sign of dissolving completely.

The finish isn’t quite as dry and crisp as I would expect in a lager, but the hops are certainly detectable, and as Randy pointed out, they help contribute a bit of dryness at the end of the palate. He still found it a little sweet for a classic lager.

The malt character shines through as the carbonation releases, and comes off as a lightly browned toast flavor to me. Randy used the words graham cracker and bread to describe the malt qualities. He wished the sweetness was a bit milder to allow the beer’s texture to pop a bit more. He seemed to be craving a little bit lighter body and lower sweetness, which he felt would lead to a more refreshing quality throughout the full tasting experience.

The dominant character to the flavor profile for me is the spiciness behind the taste (and aroma)…it’s undeniable and fairly benign. I wouldn’t say that I’m particularly excited about this beer, but it’s certainly a palatable option if you can consume gluten reduced beers safely and you enjoy commercial lagers. I, however, don’t fall into that category.

The best part about the Daura Damm Lager is its presentation. It’s a beautiful beer. As Randy so eloquently puts it, it has a “very inviting appearance”. I would have to agree. If you’re interested in comparing it to some other (gluten reduced) beers brewed in Spain, check out my past reviews of the Espiga Blonde Ale and the Estrella Galicia Lager, both Spanish and gluten reduced. 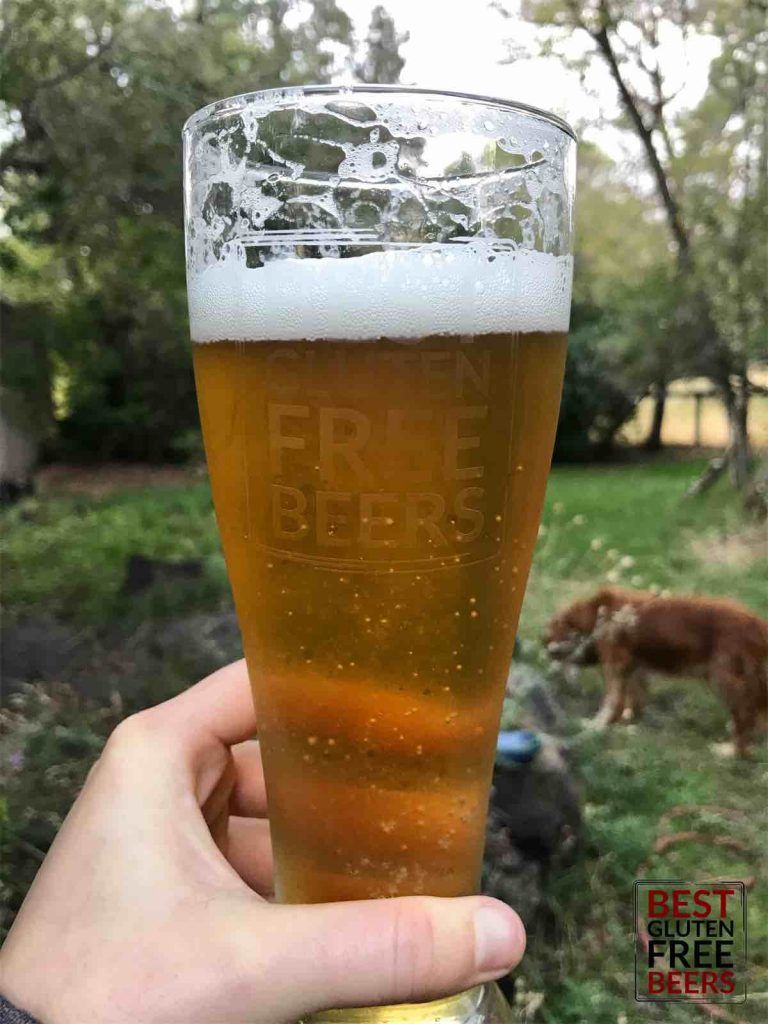 If you’re looking to taste some truly gluten FREE beers originating from Spain, SO AM I! But even after traveling through Spain for a month last year, I was unable to locate a single beer brewed with 100% gluten free ingredients.

They are not quite up to speed with the States when it comes to Celiac-safe beer options, although they do serve their gluten reduced beers to Celiacs. Not something we do here, but many (not all) people in Europe claim to not notice a reaction. Lucky them? Or maybe they’re suffering internal damage without the external symptoms? Hard to say…

Anyone know where I can buy the Daura Marzen beer? That stuff is fantastic! I live in Virginia but am willing to travel to nearby states to get it.