I’m very excited to bring this limited release Bierly Brewing IPA to the beer blog. It’s called the Final Frontier IPA and it’s a single hop brew that is safe for ALL Celiacs, because it doesn’t contain oats and is brewed in a dedicated gluten free facility.

The Final Frontier IPA sports a limited release label, which is generic apart from the written-in name and ABV which is 7%. It was released in Bierly’s taproom in mid-May, so it’s a pretty new brew. It is packaged in 16 ounce glass bottles. 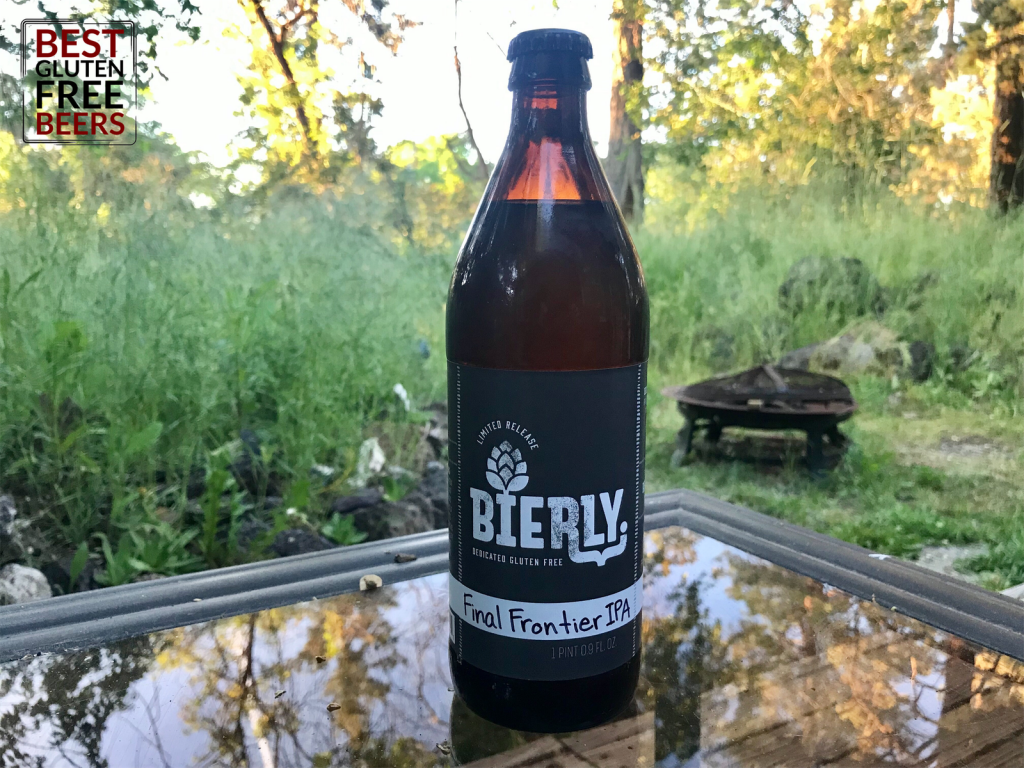 Since it’s a limited release, I don’t believe this beer sees any distribution. I was only able to get my hands on it because I made a trip to McMinnville about a week ago to film brew tours at Evasion Brewing and Bierly Brewing. The Evasion tour was released last week (you can watch it here), and the Bierly one is coming soon!

Bierly’s brewery is the epitome of a small-scale family business. He and his wife run the show. He runs the brewing side, and she takes lead on the gluten free food served in the taproom. Their newborn, the newest family addition, is often strapped to her chest, sleeping away as she goes about her day. Multitasking at its finest.

Stay tuned for the full tour of the Bierly Brewing facility… 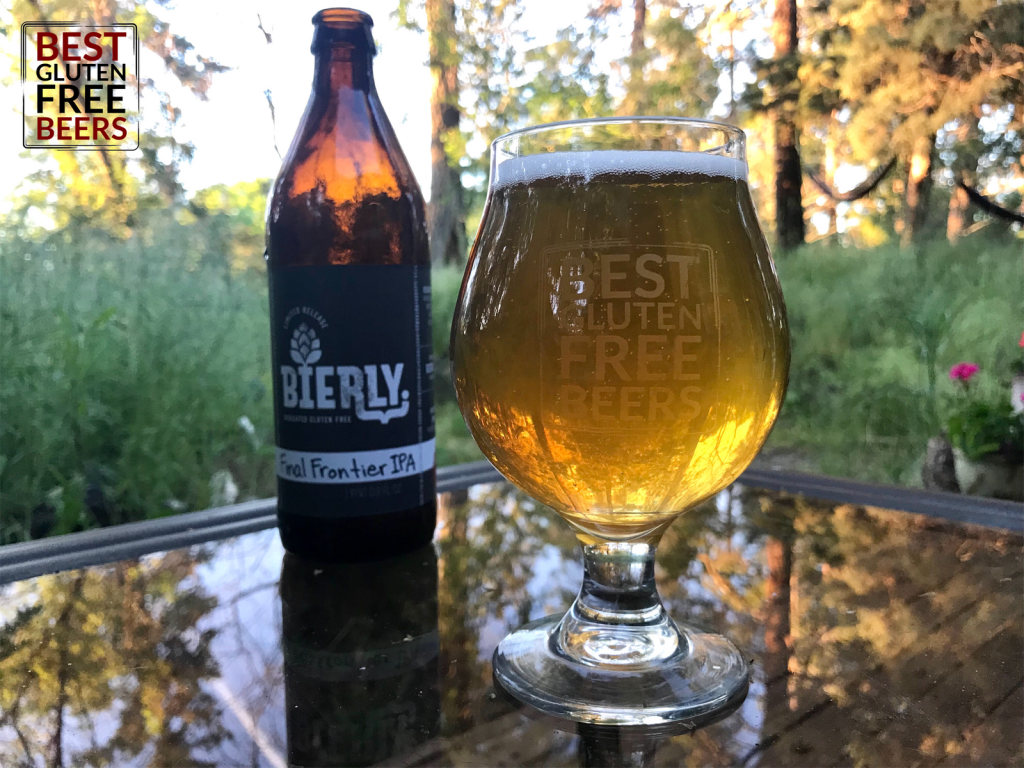 The Final Frontier IPA may be one of the clearest beers I’ve ever poured. It’s so clear, a palm reader could read your fortune through this beer. It’s clarity allows light to permeate the IPA beautifully, presenting with a bright gold color that leans towards yellow when held up in the sunlight.

The head is gorgeous. It didn’t come on super thick, but it fades very slowly. The aroma is bright and tropical. Usually when I take my first sip of an IPA, the hop profile is the first thing I notice. Not the case with this one. My first observation was texture-centric. It has a very smooth and velvety mouthfeel for an IPA.

The Final Frontier IPA hop profile imparts more flavor than bitterness at the front of the palate. A soft onset of bitterness follows the swallow, but it never grows very strong in intensity. This is a very easy-drinking IPA in that sense. Which honestly, is a bit perplexing for a 77 IBU beer! Maybe it will become more bitter as it warms. 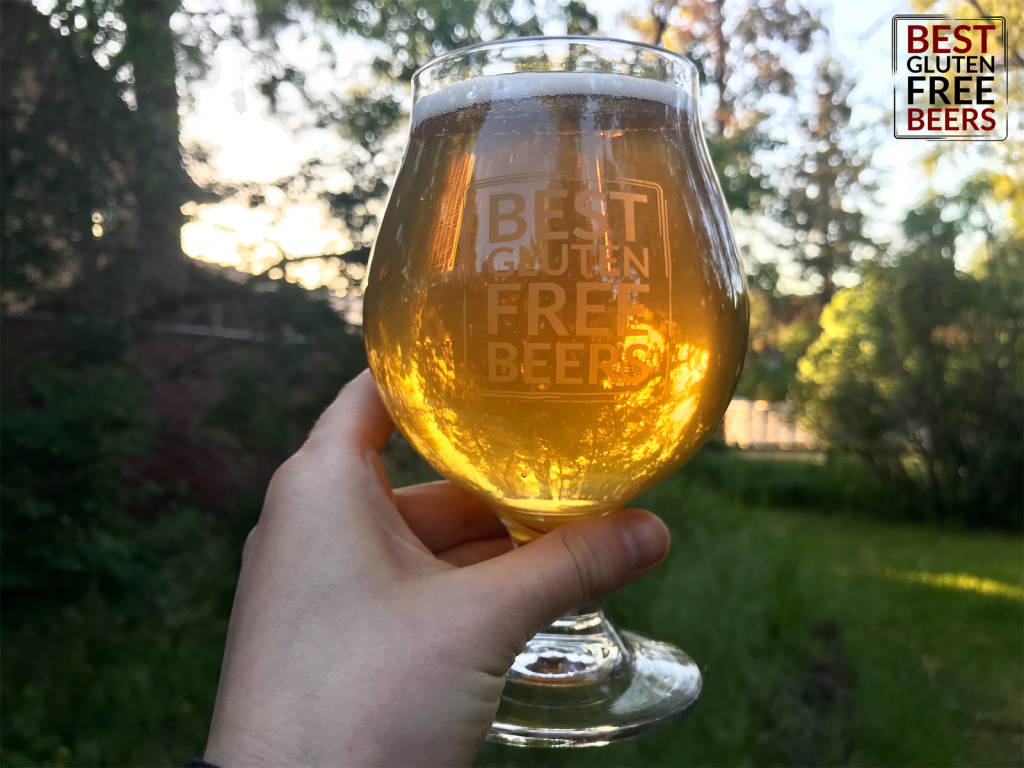 This is a fruity India Pale Ale without the bitter punch that is so common in our Pacific Northwest IPAs. The fruit characteristics taste guava-like to me. Maybe even a little peach-y. By the way, there’s still a partial head sitting at the top of the glass. (Good job JP!) The Final Frontier IPA is a single hop beer. It utilizes the El Dorado hop exclusively to create the aroma and flavor profile.

The carbonation gives it a nice crisp finish without sharpening that smooth velvety finish. There is some sweetness at the front end, but it doesn’t linger and feels well balanced with the hops.

Overall, I would call this IPA a win. It’s certainly unique, and less of a palate spoiler than most IPAs in my opinion. It may not pack as strong of a punch on the tongue, but it presents with an interesting mouthfeel and the softer quality of the hops allows so much else to be showcased. 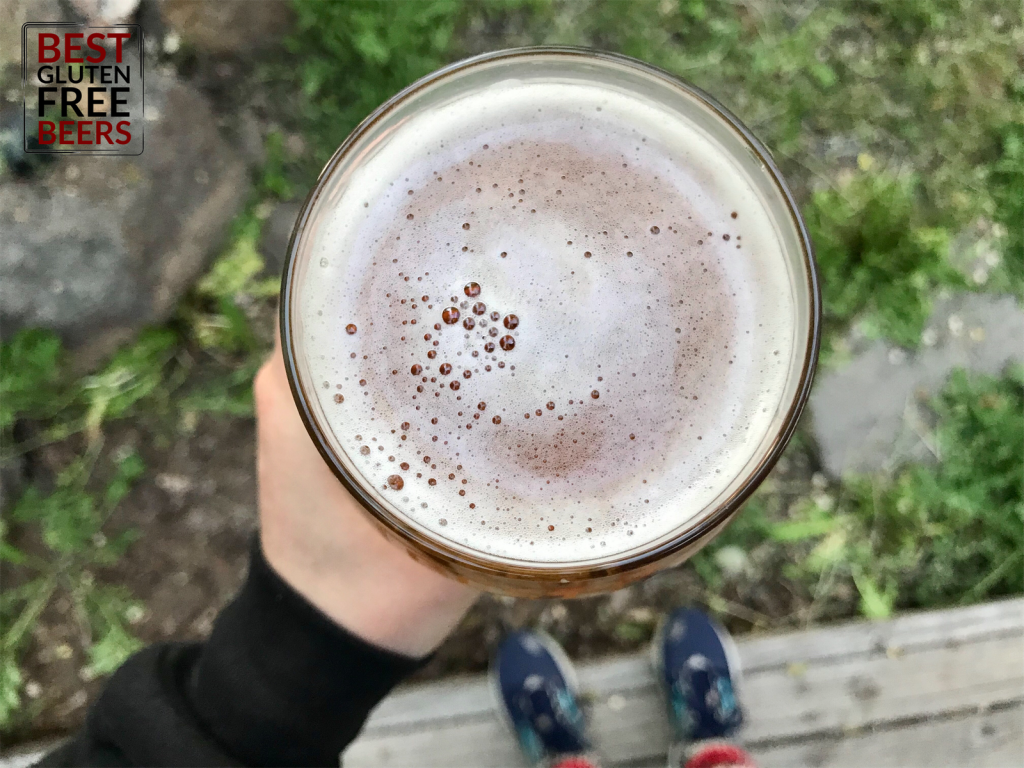 After reviewing this beer, I learned that it is an all sorghum brew, meaning there’s no whole grains in this recipe. Have to say…pretty shocked. All-sorghum beers sure have come a long way. At least at Bierly Brewing they have. For a single hop, sorghum based beer, it has a surprising amount of character and depth. It doesn’t have that sorghum twang that can easily take over a gluten free beer.

This is one of two new IPA reviews coming for Bierly Brewing. The other one is their Brut IPA, so keep your eyes peeled for that in coming weeks. :) If you’ve tried the Final Frontier IPA and want to share your thoughts about it, please comment them below.