Today I’m reviewing the Bierly Brewing Dubbel, one of three styles currently bottled by Bierly in McMinnville. I’ve tasted a different version of this brew before, only it was brewed by Moonshrimp Brewing in a collaboration with Bierly. I believe I reviewed that one last year. 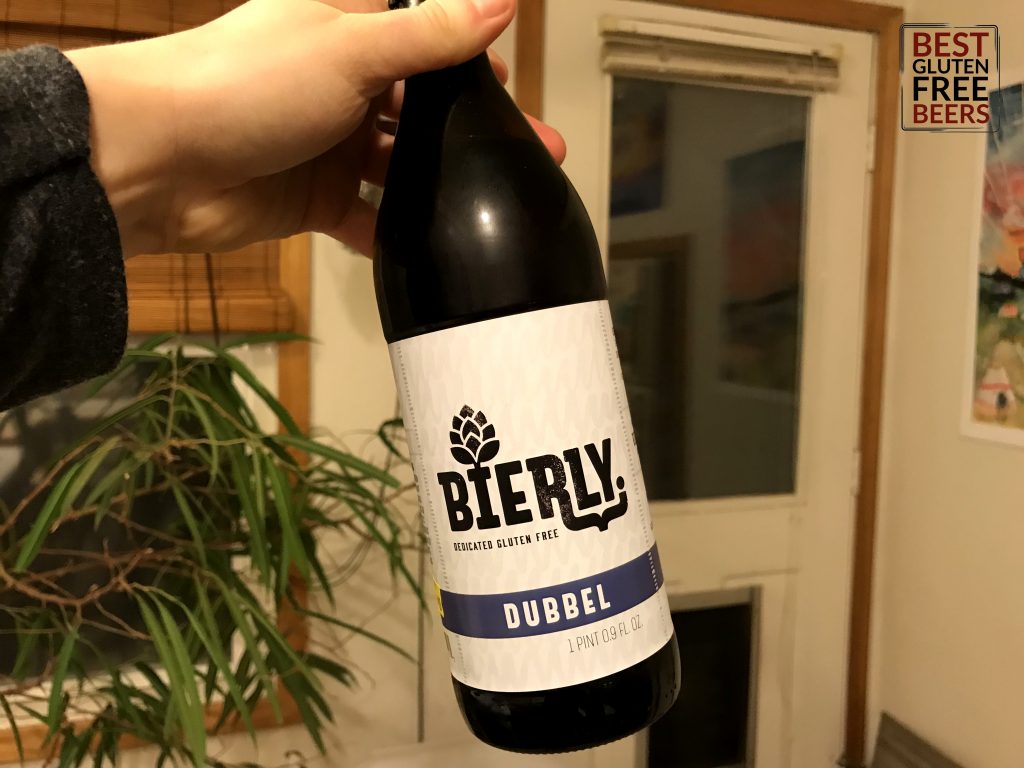 The brewmaster at Bierly Brewing gave me a heads up that this beer uses the exact same recipe, only it was brewed on Bierly’s setup this time. I can’t compare the two directly because I don’t have them side by side, but I expect it to be very similar to last year’s collaBEERation by Moonshrimp.

This beer is brewed on a base of brown rice and sorghum. It contains two varieties of hops that are not particularly common in Pacific Northwest brews. Magnum hops and Fuggle hops. Fuggle hops originated in the UK and are often used in porters and stouts. Magnum hops were developed in Germany and tend to provide the bittering. 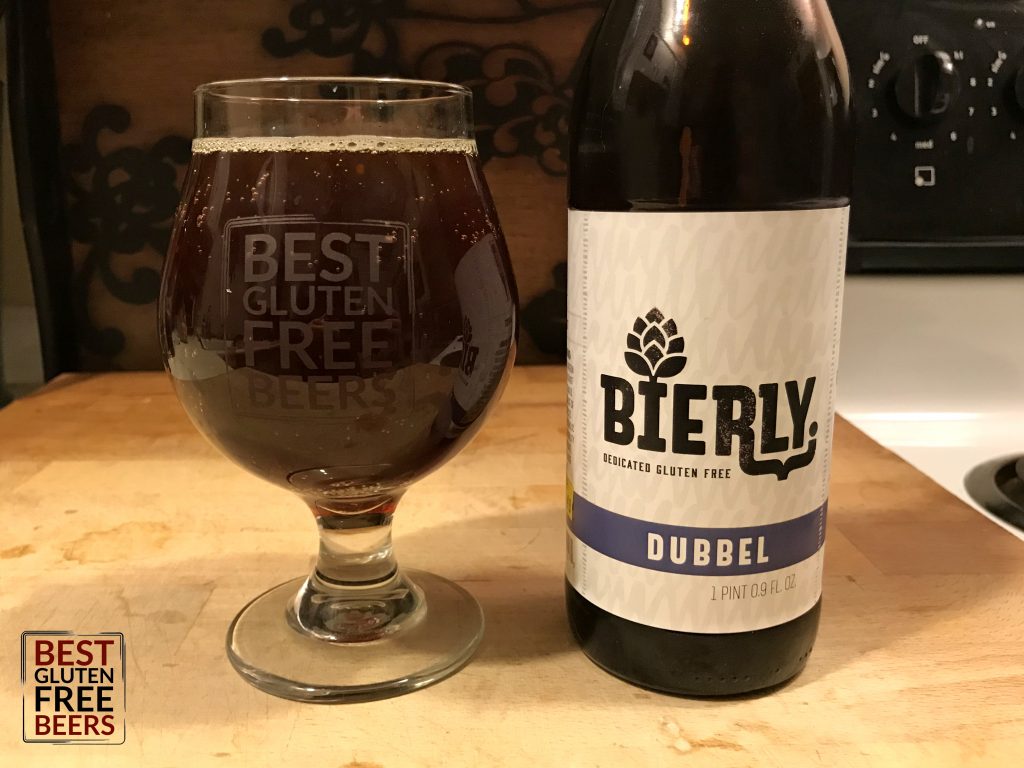 The beer pour was a very audible and bubbly. The head faded very quickly, but it did have one after pouring. You may have to look to the beer pour to see it because it disappeared by the time I took the photos.

The Bierly Brewing Dubbel has an opaque medium brown color, which shows a rich reddish hue when held up the the light. It retains the classic aroma of Belgian-style candi syrup, with a faintly minty background. It smells bright and sweet.

I would place this Dubbel in the medium body category, and it’s taste is both clean and bright, not as heavy as I expected after seeing the pour. It’s not overly sweet either. It’s actually quite an easy drinking brew.

This Dubbel clocks in at 7.9% ABV, which is .2 points higher than last year’s Dubbel. The IBU sits at 24. As I look over last year’s review, I’m unsurprised to find some very similar statements and echoed observations. This beer seems to share the same carbonation, the same brightness, and the same mild sweetness that last year’s did. 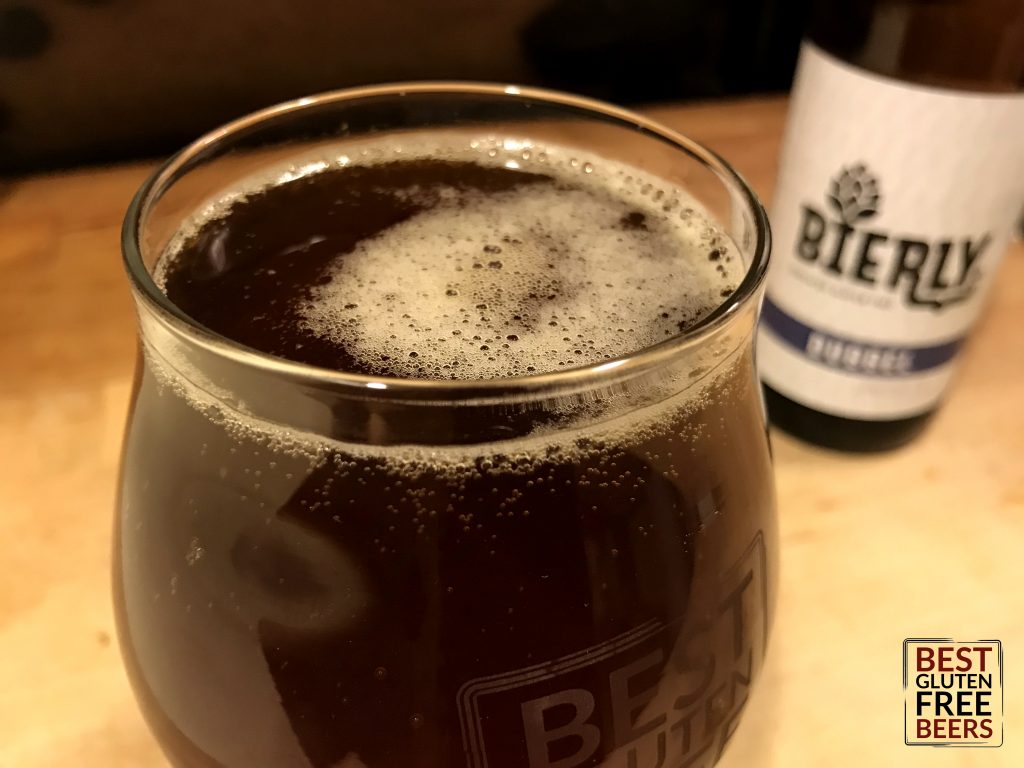 If you happened to have tasted both this one and last year’s collaBEERation Dubbel by Bierly and Moonshrimp, how do you think they compare? Maybe you have a better memory than me…but my written words seem to suggest a predictable similarity.

On that note, I want to take this opportunity to wish you all a very happy holiday, no matter what you celebrate! That also leads me to wonder what beers you plan to bring in the New Year with…have you given it any thought? Care to share? Comment below. ?