I just realized that I’ve never reviewed a gluten free brown ale on the blog before! How is that possible?! (There IS a Salty Starfish Coconut Brown Ale review over on the Best Gluten Free Beers’s Patreon though…that was a goodie!) But today’s review is for the Bierly Brewing Brown Ale, a limited release from McMinnville Oregon.

Like the rest of Bierly Brewing’s beer lineup, this Brown Ale is made of 100% gluten free ingredients and is brewed in a dedicated gluten free facility. (It’s cute! I’ve even filmed a brew tour there.) If you want to learn more about Bierly Brewing and its founding story, check out this video interview I did with JP Bierly earlier this year. 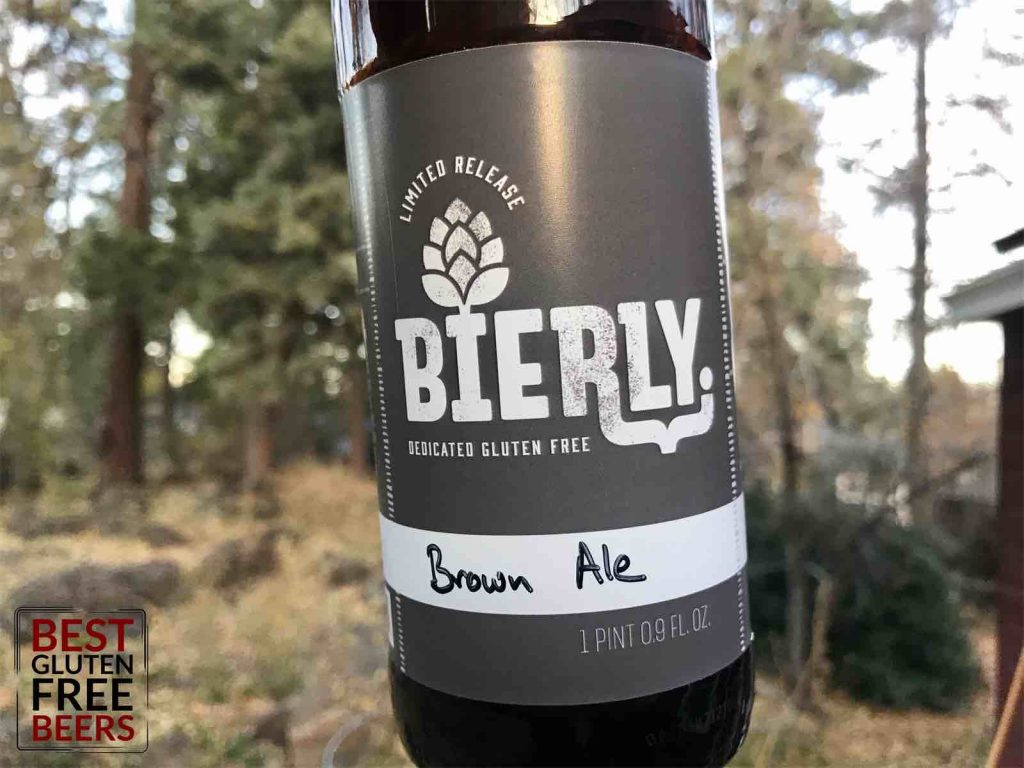 The Brown Ale we’re tasting today has a 5.9% ABV, and is packaged in 16.9 oz. glass bottles. I don’t think Bierly is set up to ship out of state yet, unfortunately. But their distribution has crawled through Oregon, which means I can now get a few of their brews in Bend. If you are ever in their part of the state, be sure to stop by their adorable taproom.

The Bierly Brewing Brown Ale doesn’t pour with much of any head, but it does have a cloudy Autumn orange color when held up to the light, and a muddy toffee-brown hue otherwise. It’s a Fall colored beer. It would look amazing surrounded by crispy leaves.

The Brown Ale smells exactly as you would expect a brown to smell. Its aroma is filled with toasted caramel and sweet coconut. The smell is wonderful. The taste is similar, but a bit more mild. There’s a gentle warm spice character and a bit more of a fruity brightness on the tongue than in the aroma. Its deliciously malty without being heavy. I would peg it at a medium-bodied beer, with a bright and clear mouthfeel.

My one complaint is that the carbonation is really low. I wouldn’t expect it to be too high, given the brown style, but honestly it’s way too low. This could be a single bottle issue, I’m not sure, but I definitely think that a bit more carbonation would allow the flavors to pop more throughout the tasting experience.

But carbonation aside, I find this to be a very balanced, extremely easy-drinking Brown Ale. It’s intriguing, yet unassuming. I think it would be the perfect beverage for a crisp Fall day, which is why I held its release until now.

If you want to get your hands on a Brown Ale from Bierly, reach out to them and let them know! Tell them you read this review and ask them when the next limited release is. If there’s one thing I’ve learned about the craft brewing industry, its that they like to hear from their customers. 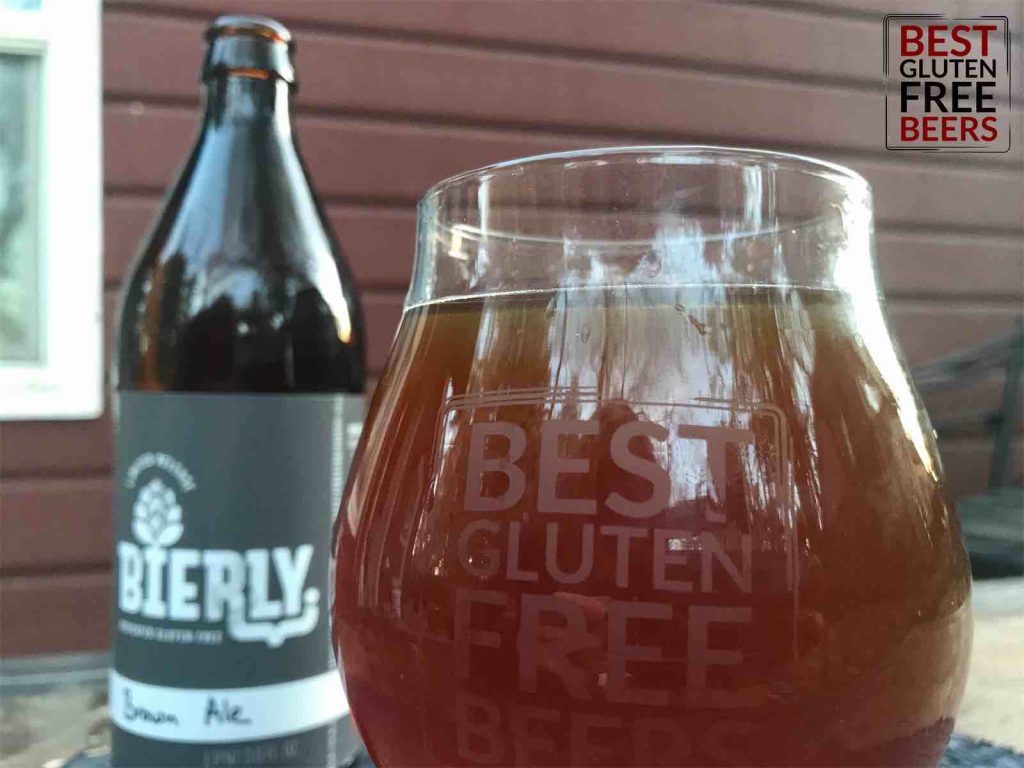 Now, let’s talk about you! What seasonal releases are YOU excited to taste this Fall? Perhaps a smooth pumpkin ale, or a nice rich dark ale? Any of you still enjoying Fresh Hops? I feel like I missed that season completely here in Bend…(By the way, no one is more upset about that than me!) If you have anything to share, please leave it in the comment section below. 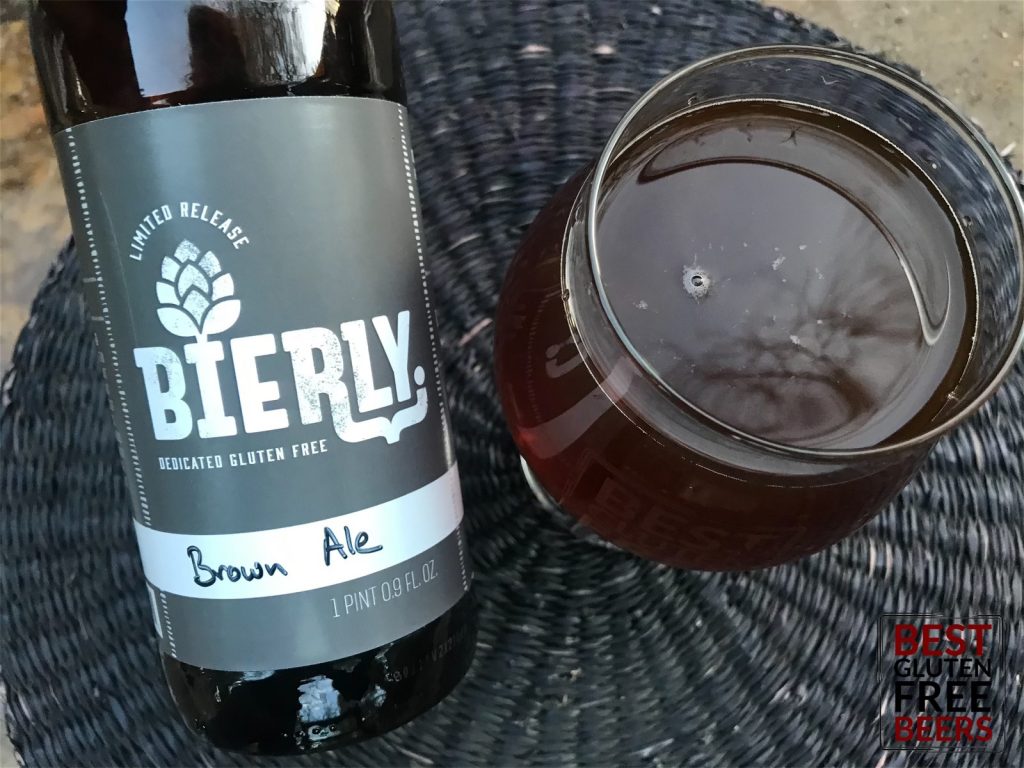