I have been dying to get my hands on some beer from Bierly Brewing for years. Seriously. They are not brand new. This Philomath, Oregon brewery has been around for awhile but spent their first few years of existence as a draft-only brewery, mostly serving the greater Portland area. 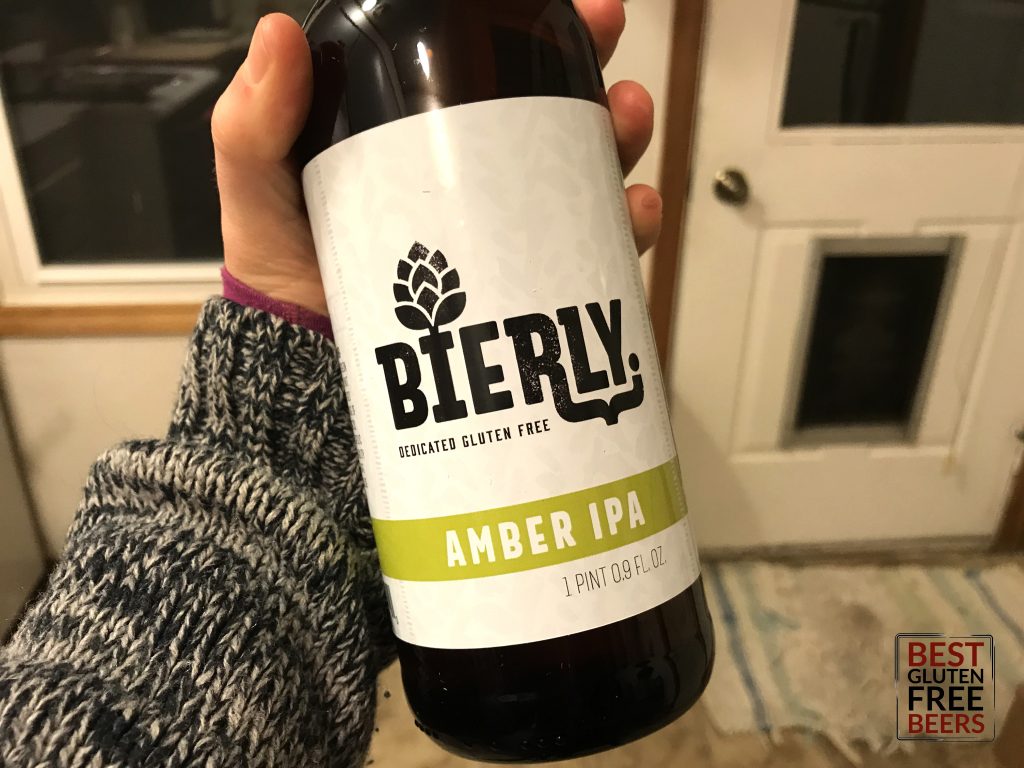 I did have the pleasure of trying one of their beers on tap at Ground Breaker Brewing a couple years ago, but it’s been awhile and I could use a fresh taste. (The Felix Pilsner review will be hitting the blog in the coming weeks.)

Not too long ago, Bierly Brewing began bottling their gluten free craft brews. I recently got my hands on a couple bottles and I am SO excited to pop them open and share what I think with you. 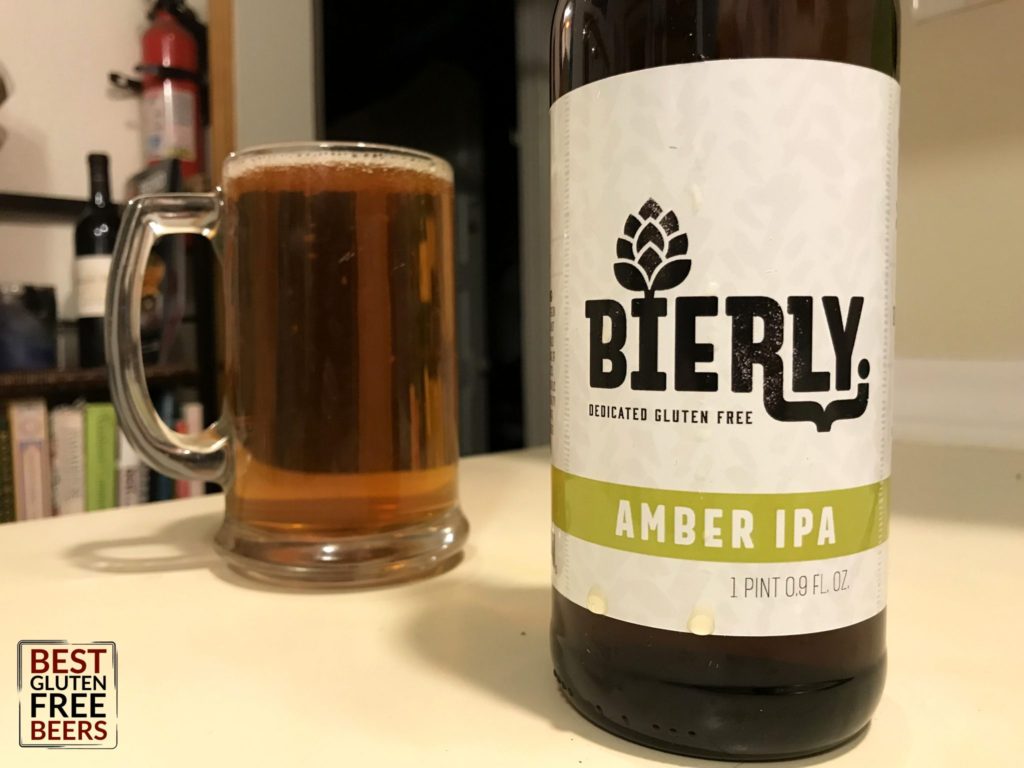 Today we will be tasting Bierly Brewing’s Amber IPA, which I faintly expect to be a malt-heavy India Pale Ale. This ale is sold in pint-sized glass bottles and has a clean and simple label. It displays the Brewers Association’s Certified Independent Craft Brewery logo, and proudly asserts its origins from a dedicated gluten free facility.

This Amber IPA poured with a lovely head, which didn’t immediately vanish. It has a rich golden color and is insanely clear. Not like–you can see light and shapes through it. More like–you could lip read through the beer. That’s how clear it is. See my photo below for proof. (Yes, I know it’s scary. But I promise *most* of the face distortion is coming from the glass…most.) 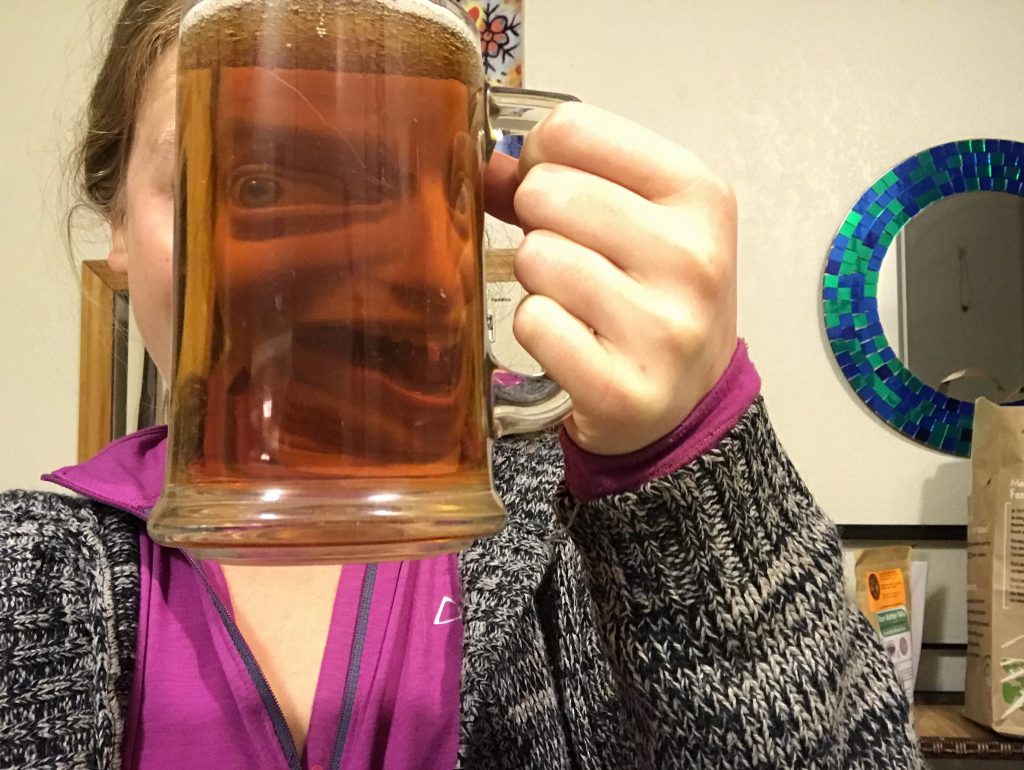 My first reaction upon first sip was holy caramel! Yes, it is very caramely which would fulfill that malt-heavy assumption I had earlier. The beer is also incredibly crisp. When I sip it, the tiny bubbles impart a significant texture, mostly felt on the roof of the mouth.

This ale is very smooth for an IPA. That is to say, it’s not particularly bitter–despite the fact that it carries a 70 IBU rating. I would say that it has the toasty toffee-like sweetness of an amber up front, but it has a sharp finish with the some bitter notes presenting late on the palate after swallowing.

This is one of the sweeter IPAs I’ve had in awhile. But the maltiness of the brew also gives the body a thicker mouth feel. The texture is smooth and almost dessert-like. It’s pretty easy-drinking for a sorghum-based beer. I do think that you can detect the sorghum notes, but they don’t linger long since there’s so much else going on in this beer. 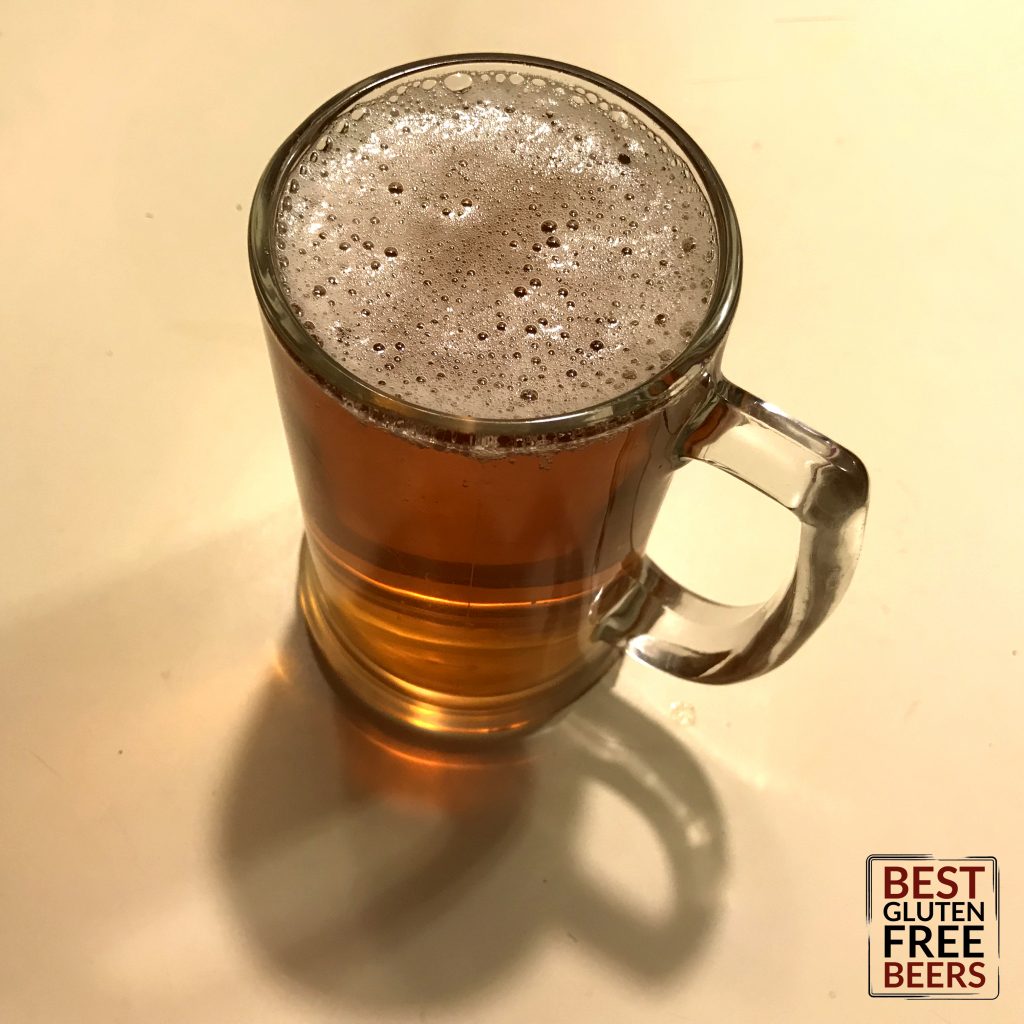 I would say overall, the quality of gluten free craft brews originating from sorghum is improving over time. Brewers are getting better at working with the distinct flavors of this syrup, learning how to balance it with body texture and carbonation.

Back in the day, a sorghum base would make consumers cringe. That may still be the case for some beer drinkers, but I would argue that we need to keep checking back, because the more experience that comes from experimenting with this alternative, the better the beer will become. (Look at Ground Breaker and their use of chestnuts and lentils alongside the sorghum.)

I had the opportunity to taste a bottle of this Amber IPA again recently, and I have to say…it was incredibly enjoyable. This is such a delicious and well balanced blend of these two adored beer styles. The Amber IPA is still packaged the same way, but I feel the tasting experience has become smoother in its presentation. Not necessarily in regards to texture, but more in respect to balance. 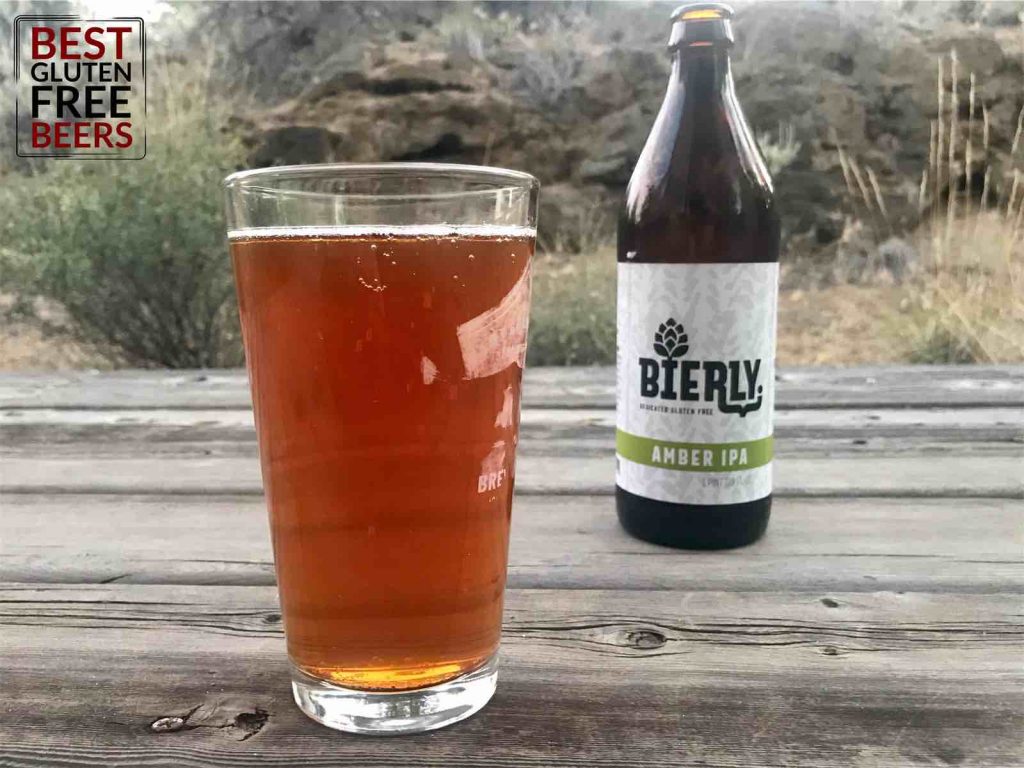 Have you had the pleasure of tasting any of Bierly Brewing’s beers? If so, I’d love to hear what you thought of them in the comment section below.