I noticed something pretty shocking when I sat down to write this. This is my 85th review on Best Gluten Free Beers! (as of September 2018) This doesn’t count other articles and beer lists. I can’t believe it! That really underlines just how much the gluten free market has grown since the beginning, and I don’t see it stopping anytime soon. 85 reviews. COOL. Onwards! 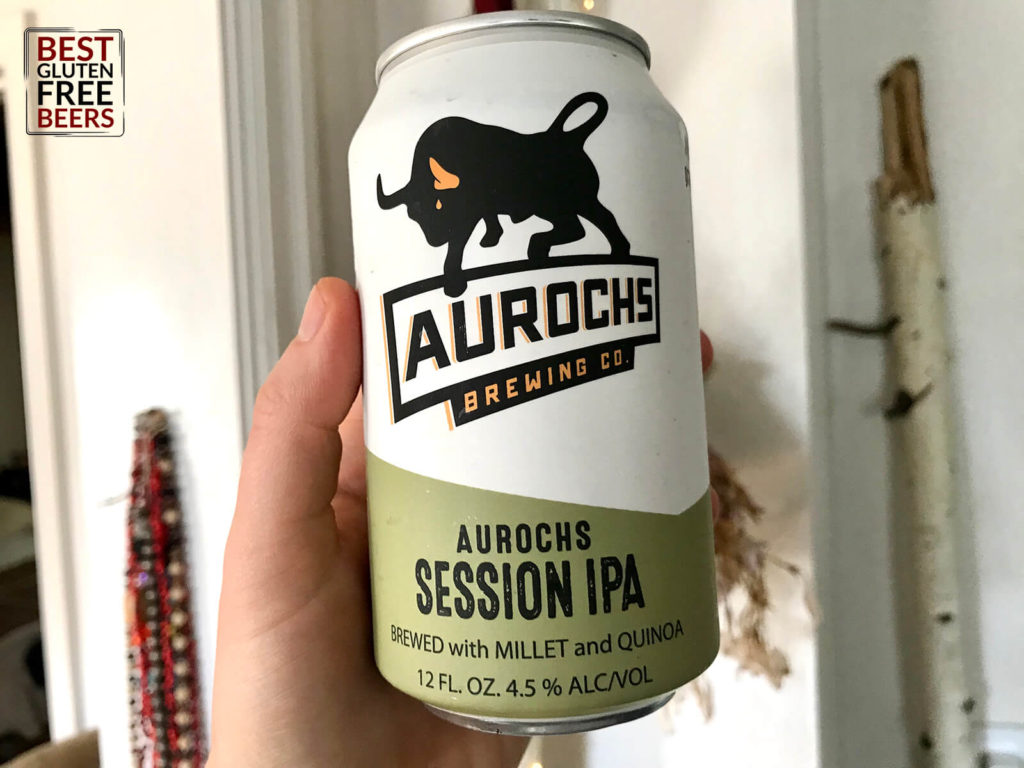 This is my second review of Aurochs Brewing, a 100% dedicated gluten free brewery based in Pittsburgh, Pennsylvania. My first review of theirs was for the Aurochs Blonde Ale, but tonight I’ll be tasting the Session IPA.

I hope to one day visit this brewery in person because I hear very good things about their taproom releases. There aren’t many dedicated gluten free breweries in the northeastern states so I’m grateful for Aurochs existence. (It sounds like east coasters are too!)

I may not be able to offer a first hand experience at their facility, but one of my readers can! If you’re interested in an inside peek into Aurochs Brewing, check out this guest review written by reader Neil Rupp. It’s a great article.

* The photos and pour were updated in September 2020 to reflect their newer packaging!

The Aurochs Session IPA pours very clear and with a pale gold color. And when I say clear, I mean crystal clear. It forms a healthy head, but not a huge one.  The aroma is very pleasant. It’s sweet and crisp, like a melon. I can already tell I’m going to be a big fan of the hop combo used, just from the aroma alone.

This Session IPA has a light body and a careful balance of hops, and it’s not very bitter. It’s taste is fruity like it smelled, but not in a sweet way…in a tangy way. There’s also an earthy spice in the profile, which made me want to look up the hops. Turns out it is a 3 hop beer, Cascade-Centennial-Amarillo. That would explain the complexity in the flavor profile. But I’ll say it again…this beer is not very bitter.

Session IPA’s are the love child of hoppy IPA’s and lighter ABV Session beers. It makes sense that its characteristics would come off a little lighter than the typical IPA. This hybrid style is very easy drinking and the low 4.5% ABV makes it a great daytime ale. This beer would be fantastic for a picnic or a lake day. And yes. I am still going to reach for my full IPAs in the evening. ;) 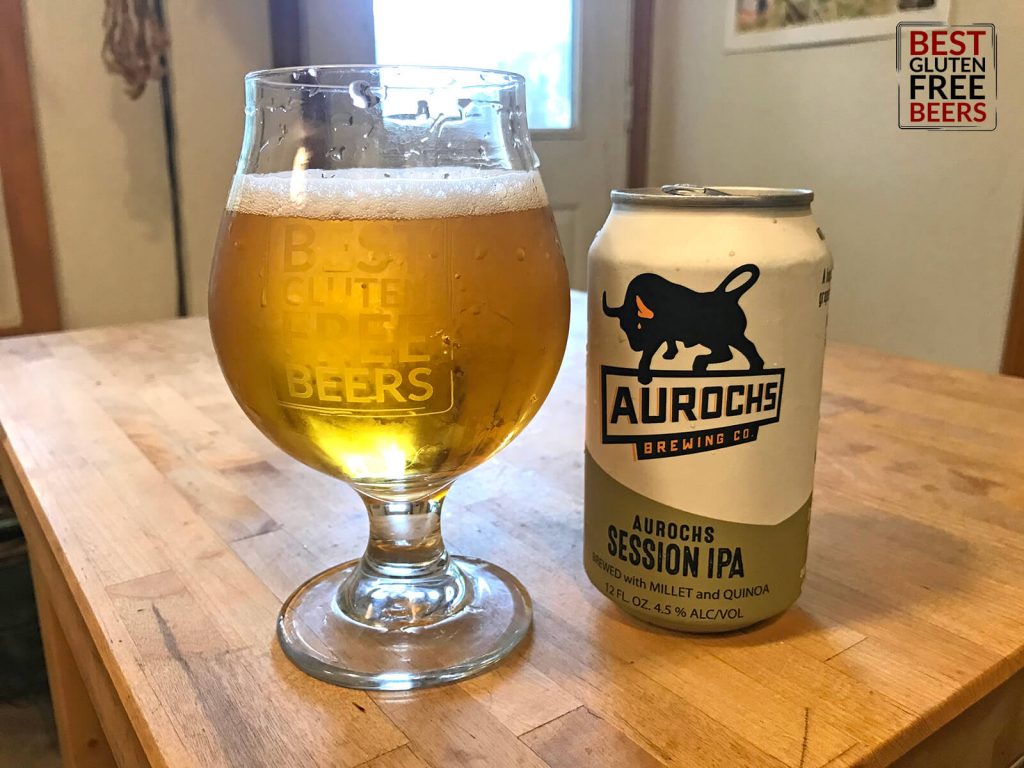 Like most of their beers, Aurochs Session IPA is brewed on a base of millet and quinoa. It has 47 IBUs, all of which go down very smooth. They don’t linger at all. My palate feels shockingly fresh while sipping down this brew. Seems uncommon for an IPA.

This offering is packaged in 12 ounce cans, and their distribution is currently limited to Pennsylvania. But if you happen to be in the area, or have family that is, it’s worth arranging some sort of trade! If you get your hands on some, be sure to let me know what you think.