Have you ever tasted a hazy pale ale before? The Air Hostess From The 60’s Hazy Pale Ale (Yep, it’s a mouthful!) is brewed by Evasion Brewing in Oregon. Originally it was packaged in 12 ounce bottles, but it has since shifted to cans.

I originally had this beer straight from the brewery when I was there filming the brew of the Old World Kolsch, but these days it’s also distributed to Bend via Market of Choice. By the way, to answer my own question, with all the hazy IPAs I’ve reviewed in the past, I don’t think I’ve ever tried a hazy pale. The haze craze is spreading! 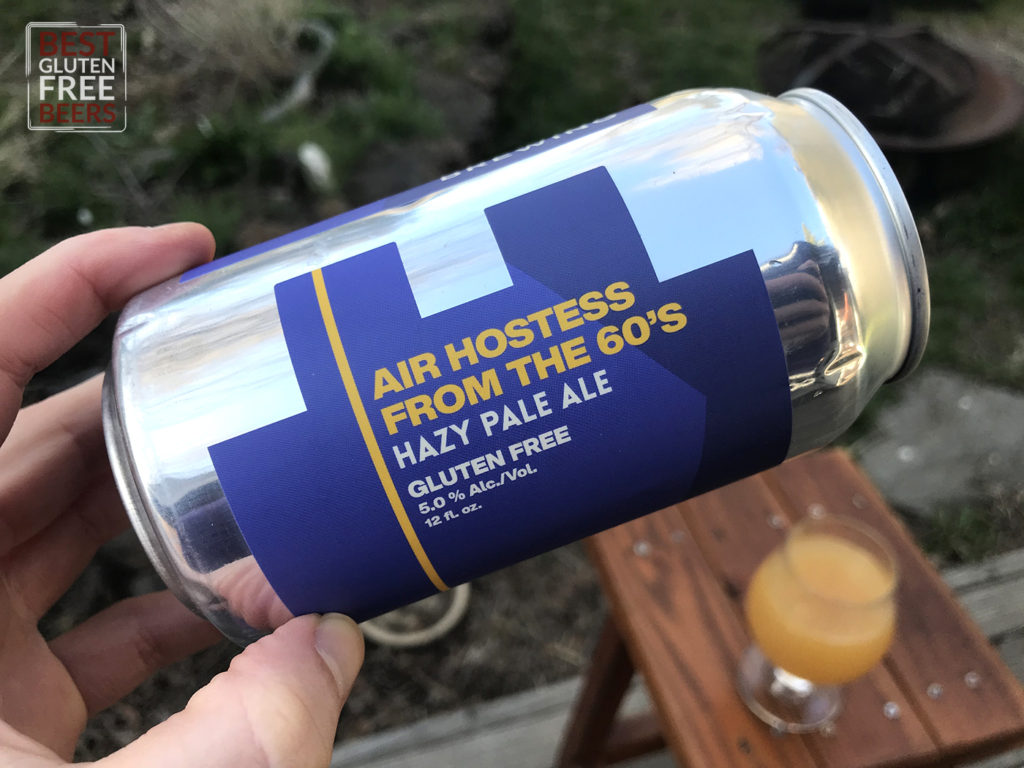 The Air Hostess From The 60’s is brewed on a base of millet, buckwheat, rice, and GF oats in a dedicated gluten free facility. That makes this beer safe for anyone who can tolerate gluten free oats. (I’m curious…how many of you can drink beers with oats in the ingredient list?)

The hop bill for this Hazy Pale Ale includes Amarillo, Meridian, Mandarina Bavaria, and Citra hops. What a combo! I’m excited to smell and taste all the flavors this blend creates, considering the Air Hostess From The 60’s is only a 20 IBU pale. This beer has an easy-drinking ABV of just 5%.

This Hazy Pale Ale gave a beautiful pour. It created a mellow head, which was less head than I experienced the last time I poured it, when it was still packaged in bottles. It is very hazy indeed and has a muted mango juice color. The thickness of the haze gives this pale a very juicy appearance.

It smells like a hoppy tropical medley of juices, with a smooth biscuit background. Certainly hoppy, but graceful in its aromatic presentation. The Air Hostess From The 60’s Hazy Pale Ale is very clean and dry when it first hits the palate. It’s carbonation is moderate and imparts a textural crispness to this hazy pale.

I have to say, the flavor is WAY less fruity than the aroma. It’s shocking how quickly that juicy quality disappears when the beer hits the palate. It’s replaced by a dry hoppy character. While it is very dry, it is not super bitter, as promised by the ABV. I would classify this as a medium bodied beer.

There is no one overpowering quality to the hop profile of this hazy pale ale, which surprises me a bit. The 4 varieties of hops seem to blend gracefully with one another, offering a wonderfully balanced foreground to accompany the beer’s texture.

Resting at a mere 20 IBU, the Air Hostess From The 60’s is not too bitter, but it’s bitter enough to keep my attention. The last time I had this beer it was a 10 IBU beer. I think this 20 IBU version is a little more bitter in the aftertaste than I remember it being prior. It’s very enjoyable. 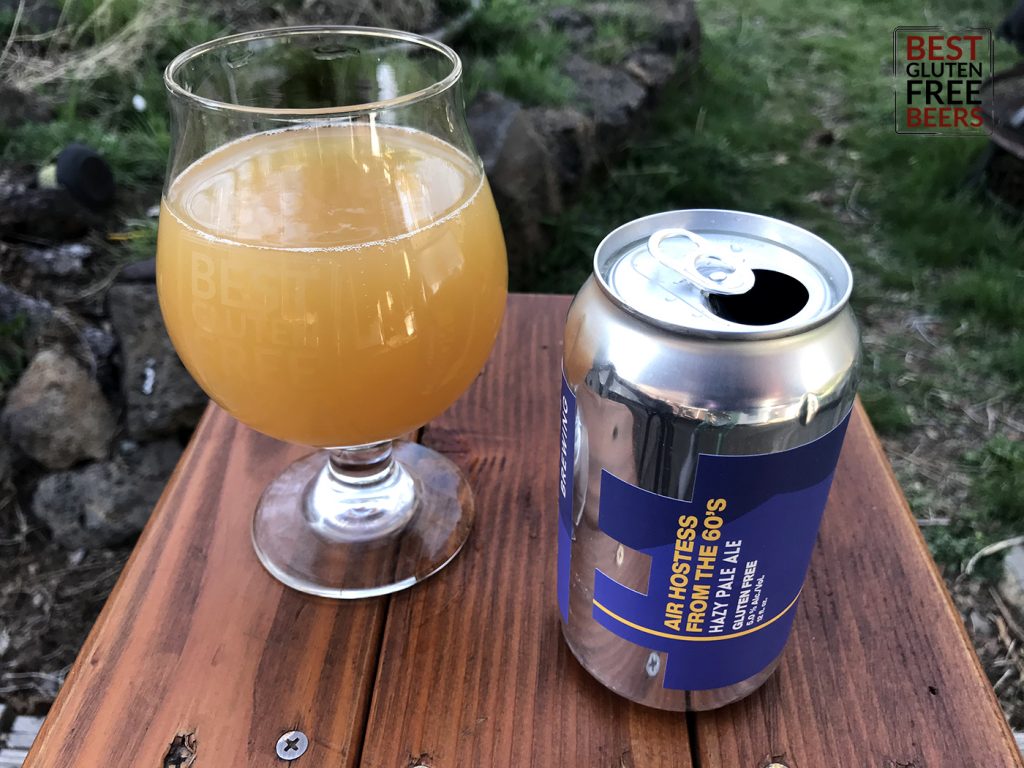 Here in the Pacific Northwest, I often try pale ales that you could easily call an IPA, in terms of hop presence. But the Air Hostess From The 60’s is very much a pale ale. It is very easy drinking, and the hazy quality does add some depth to the body. I’ll say it again…it’s intensely dry, which I like.

I would imagine this beer is pretty versatile in terms of it’s appeal across palate preferences. I enjoy it and I love the aroma, but I do notice the malt profile is hard to appreciate when the beer is cold. It comes out a bit differently as the beer warms though. The Air Hostess From The 60’s is fantastic for those who enjoy a crisp and dry hoppy ale, without all the bitterness that comes along with the IPA style. 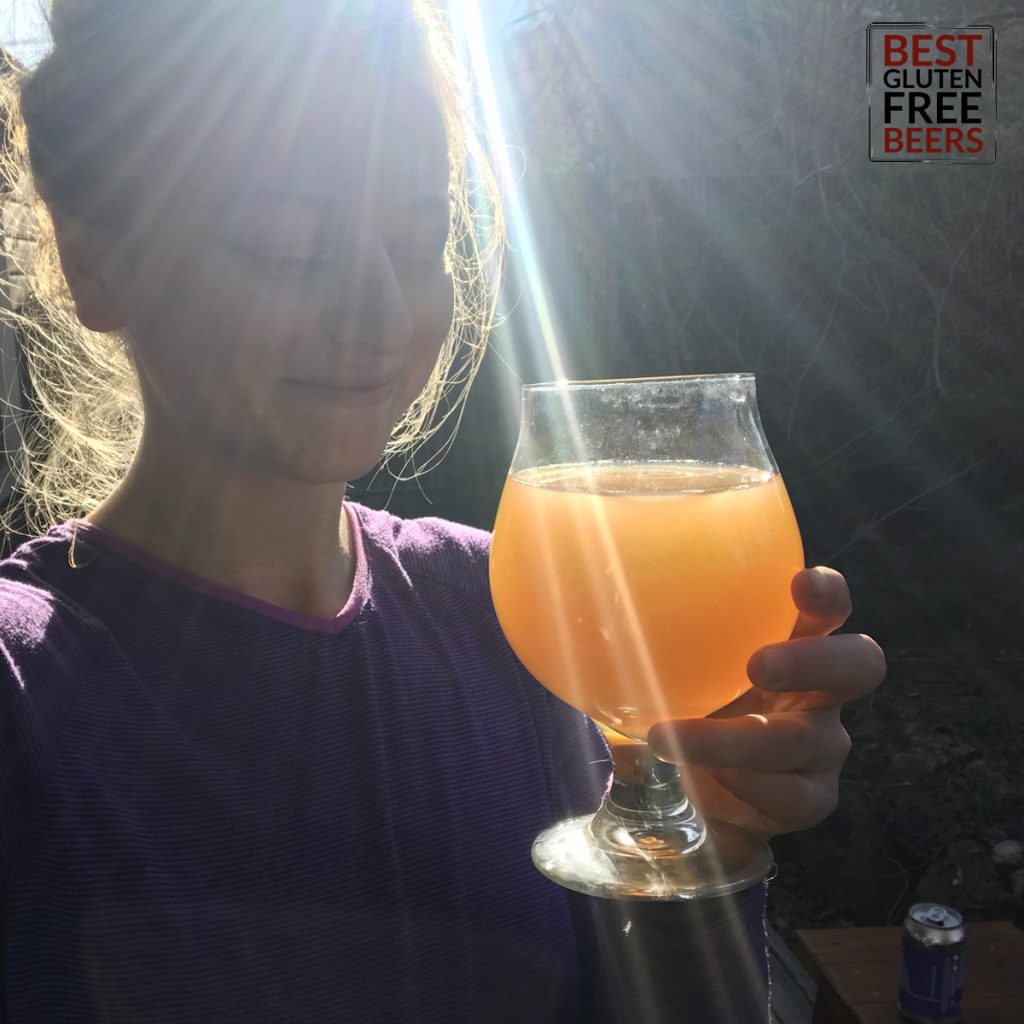 This brew reminds me of a quality shared by many of the Holidaily Brewing beers, it is unoffensive and smooth on both the onset and the finish. It’s low(er) ABV also lends to an easy drinking ale suitable for just about any occasion. It is unassuming enough to be enjoyed alongside a meal too.

At the end of the day, I wouldn’t personally peg this as my favorite Evasion Brewing beer (I blame the lower IBU…Ha!), but it is a solid one that I would happily drink or offer to anyone a bit wary of too many hops. :) 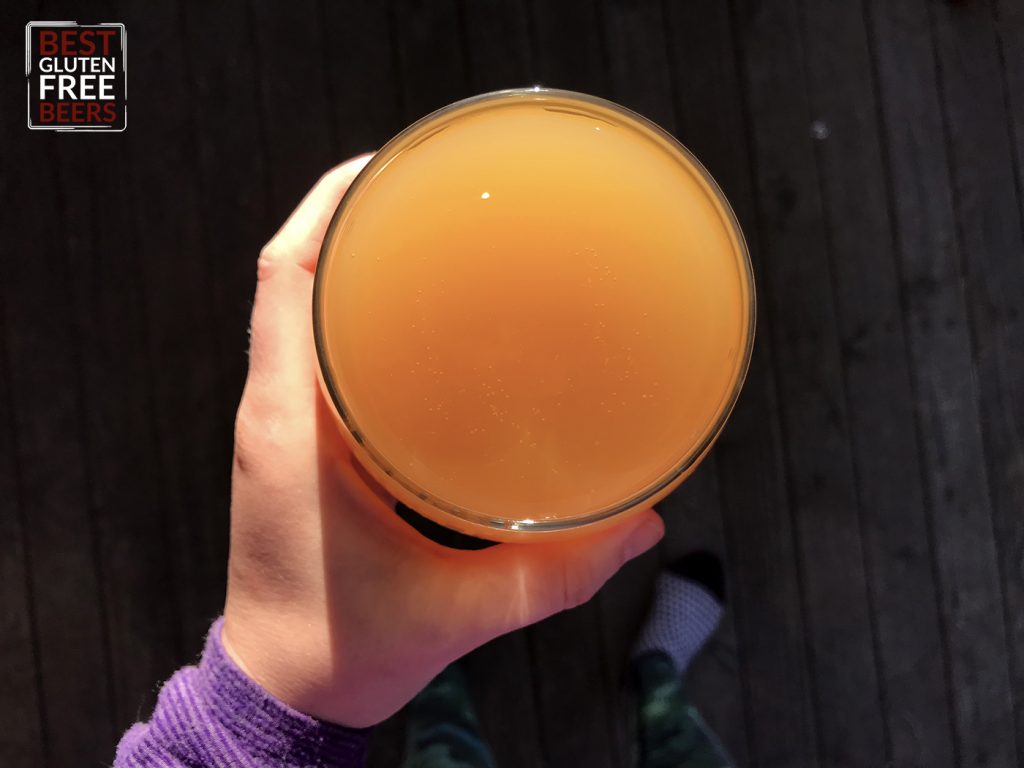