Welcome to our community of gluten free beer lovers!

My name is Lindsi, and I have been completely gluten free since 2010. I was 22 years old when I cut out gluten (and pasteurized dairy) and it was absolutely necessary. My story is an unfortunately common one for those who suffer from gluten intolerance or Celiac Disease. 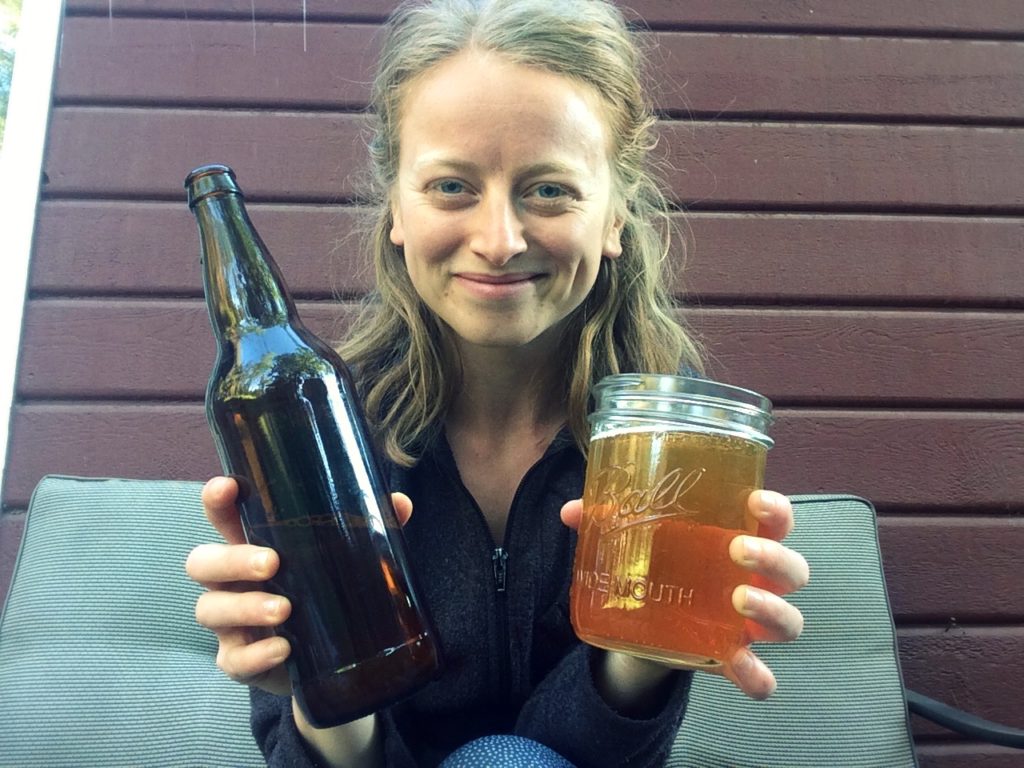 When I was 15 years old, I began to get sick. From age 15-22, I had a migraine EVERY day. (For 7 years!!!) I also had extreme neck pain and body aches constantly, and suffered from what I can only describe as a roller coaster of depression. No matter how great a day I might have, I would often wake up the next morning feeling like I wanted to die. I couldn’t sleep at night, and would toss and turn constantly. I was also sick ALL the time. I would get common colds that would last more than a month, and then after recovering from one, I would fall ill again a week later. It was a constant battle.

Over many years I saw many doctors. I was sent to specialists for my neck and back pain. I saw physical therapists and orthopedic surgeons…had X rays and MRIs done to try and diagnose the problem. Every single one of them shrugged their shoulders at me with no answers. My orthopedic surgeon turned to me and with a shrug said “Maybe it will disappear with age?” Not a single doctor asked me what I ate.

Fast forward a few years (and several hundred migraines later) to my college days where I met a woman named Sophie that I am still close friends with to this day. She would hear me complain about my symptoms and chronic pain, and one day she turned to me and said “You know those symptoms can be caused from food allergies, right?” No. No I didn’t. I always thought that food allergies only caused anaphylactic shock or skin rashes. So I began to do my own research.

Over time, I came to believe that I was intolerant or allergic to either gluten or dairy. I also had determined that in order to diagnose the sensitivity, I would need a blood food allergy test. (Not the skin prick kind, as I never seemed to experience skin reactions.) This test was considered “experimental” by my insurance company, and therefore would not be covered. It would be an out-of-pocket expense.

After I formed this theory, it took me about a year and a half to actually get the test done. Why? Well…two reasons. The first was the I was a college student that didn’t have a lot of cash. The second (and likely more important) reason was that I was scared.

Quick factoid about me: I grew up in the bagel business. The manufacturing of bagels to be exact. My whole life, gluten and dairy had probably comprised about 90% of my diet. I wasn’t sure which one I was going to be allergic to, but regardless, it would mean a very drastic lifestyle change. I wasn’t sure I was ready to learn my fate. I LOVED bread, and beer, and cheese, and every delicious combination that those foods create. I was having some attachment issues…to say the least.

to the college days.

What I DID do–fairly unconsciously–was begin to teach myself to cook! My senior year in college, instead of eating quesadillas and cereal for every meal, I prepared full meals with starch, vegetable and protein. I cooked pork chops with mashed potatoes, fish with glorious salads, casseroles, and shepards pies. I taught myself how to follow (and veer from) recipes, and I began to get more passionate about the quality of food I would put into my body.

A year after college, at age 22, I finally had the test done. The blood food allergy test results came back and I learned that it was not gluten or dairy…it was both. Daunting, yes. But that test was all I needed to make the cold-turkey switch to a gluten-free dairy-free lifestyle. I arranged a “final meal” in which I ate everything I could no longer eat again. A homemade white lasagna with 2 different types of home-smoked cheese, and BEER. It was a heavenly meal.

The next day I cut them both out and never went back. Within a month I was a completely different person. My moods stabilized, my migraines vanished, and my neck pain began to slowly fade. This led to my being able to sleep again at night. My immune system began to improve immediately too. Now I get sick like a normal person and only once or twice a year.

I never went back for the Celiac Disease test. My grandmother is a diagnosed Celiac and my uncle has been forced to remove it as well. I have a strong suspicion that I inherited the disease from my grandmother, but will never know for sure because I refuse to put myself through that test. It has been 7 years since I stopped eating/drinking gluten, and every time I am exposed to it–whether it be an accidental ingestion or cross-contamination–I fall extremely ill.

There is no question in my mind that I need to avoid gluten completely. The test to confirm Celiac status would require me to begin ingesting it again for several weeks so that the doctors could measure it’s effect on my internal organs. I read stories in forums and FB groups all the time of individuals putting themselves through that hell just to get a doctor to confirm what they already know: that they shouldn’t be ingesting gluten. These people often end up in the hospital because of their reactions, suffering greatly. No thank you.

The WHY Behind Best Gluten Free Beers

So let’s get on to the reason for this blog. Before I went gluten free, I was a craft beer fanatic. I also loved to home brew. I grew up in Bend Oregon, arguably the beer capital of the country. Bend has the highest micro-brewery per capita in the nation, and is home to the famous Deschutes Brewery. (Founded the same year I was born actually!) Not a single one of those breweries is gluten free.

After I gave up gluten in 2010, I began trying all the “gluten free” beers that were available in stores at the time. They were ALL awful. SO awful. It’s at that point that I decided to be a wine drinker instead. Ha! But as much as I love wine, it never quite filled the void of a crisp refreshing microbrew.

A few years later, I began to see new breweries pop up on the market, breweries that boasted dedicated gluten free facilities and ingredients. Ground Breaker Brewing (formerly Harvester Brewing) was the first. I remember the first time I found their dark ale in a local grocery store, and bought it in disbelief, hoping for the best–but assuming the worst. This is when everything changed for me. 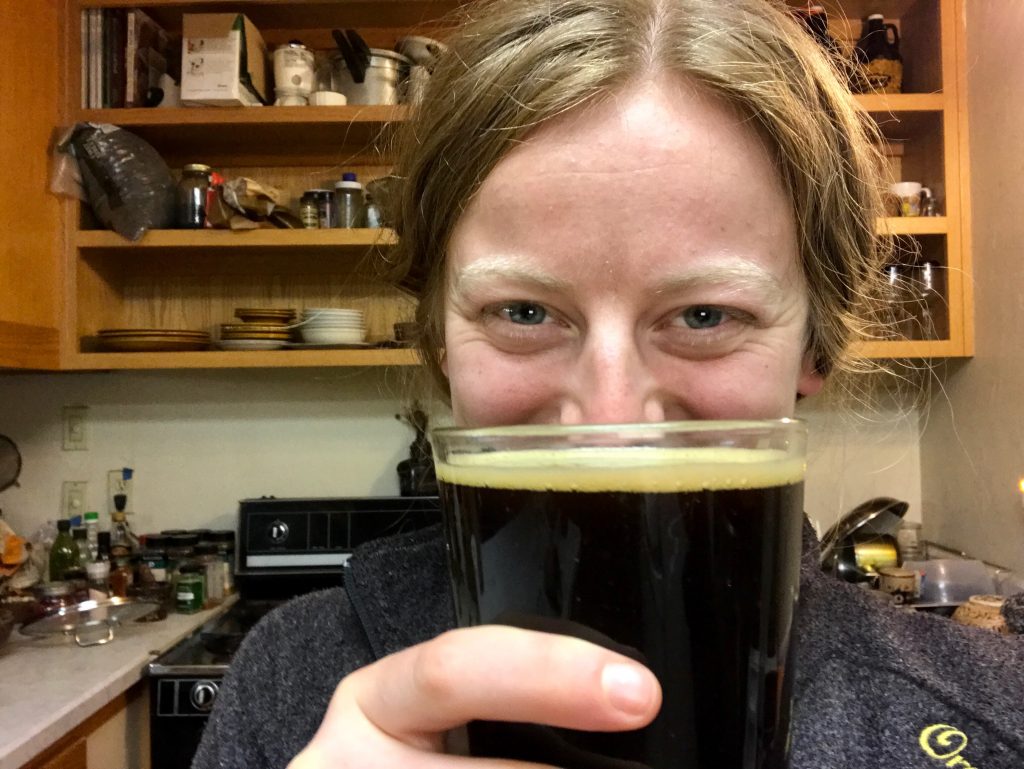 Soon after, more breweries began to pop up…Moonshrimp Brewing, Ghostfish Brewing, Holidaily, Burning Brothers, Alt Brew, Aurochs, and more opening every day! I am lucky enough to live in a state that now has 4 (of the 9) gluten free breweries in the United States.

At that time, information about gluten free beer was hard to find online, and I wanted to begin sharing my new discoveries with other gluten free individuals who were missing beer as much as I had…

The Blog Is Born

Enter Best Gluten Free Beers! This blog is all about spreading the love (and awareness) of gluten free beer to those who are desperately seeking it. I publish gluten free beer brand lists, beer reviews, brewery tours, interviews, lifestyle articles, and write about the difference between gluten free and gluten reduced beer. There is also an entire section of the blog dedicated to gluten free homebrewing for the those of you who are tired of waiting and want to brew your own! (There is even a free recipe and step-by-step guide available for download.)

Before long, it became clear to me that my audience was not just in the United States. The Best Gluten Free Beers community is now worldwide, and I receive messages regularly from people residing in other countries that are having the same trouble with access to good gluten free beer that many of us struggle with in the States.

The resource library on the blog is growing every day. There are now comprehensive gluten free beer lists for both the USA and UK. Lists are in the works for Australia and Canada too, with more on the way.

I would love to know more about YOU, and what your gluten free journey has been like. If you have questions, recommendations, or suggestions for things that could be helpful to include on the blog, shoot me an email at bestglutenfreebeers@gmail.com! I love to chat with fellow beer lovers.

Be sure to join our Facebook community and follow Best Gluten Free Beers on Instagram @glutenfreebeers, where you will find gluten free beer pour videos and announcements of new reviews. 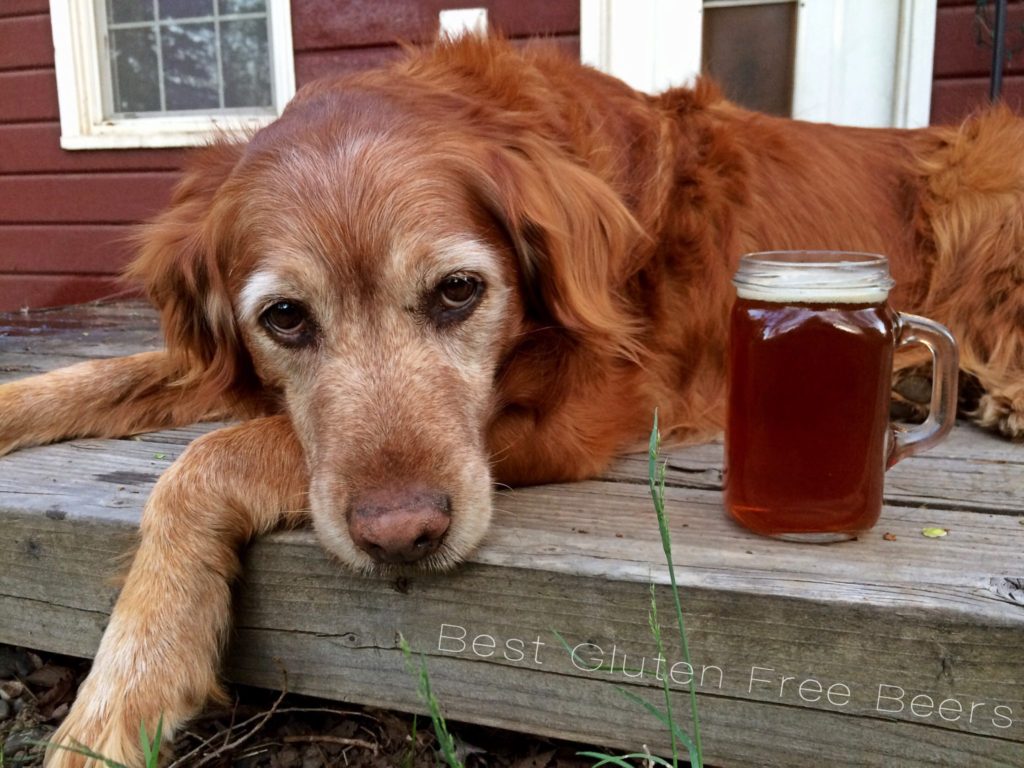 getting 100% gluten from quest green in albuquerque is there any way i get some of oregon,washington,california. colorado 100% gluten beer ship to albuquerque—also looking for glunten free beer in a keg.thank you.—phillip

I have a free resource on this site that offers live links to online beer retailers that sell gluten free beer. You can get it emailed to you by entering your email address here: Buy GF Beer Online

Thanks for the story. I have also had chronic pain for over a decade and been through all the osteo and PT stuff with shrugs at the end. Also a lifetime of depression and therapy. I recently got an ulcer that made me finally suck it up and stop gluten (already vegan + years plus). My mother and sister both have issues but I also love beer (and pizza), it’s been less than a week and I already notice less bloating etc but look forward to seeing if it helps everything else too! I appreciate the blog!

Thank you for sharing your experience. I’m so grateful that this resource has been helpful to you. It’s crazy how varied people’s experiences are with gluten. We all have such individual (and yet, many consistent) symptoms. I hope you’re still feeling better each day! :) Cheers!

After 17 years being Gluten Free it’s so much easier and our choices for GF Food and Beer have come a long way. Living in the Pacific Northwest we just had another GF Brewery Open

I went there several weeks ago and met both owners Robyn & Erin who shared their passion for brewing with me. They have created some wonderful craft beers. If you make it to West Seattle you need to stop by and try a flight of beers you won’t be disappointed.